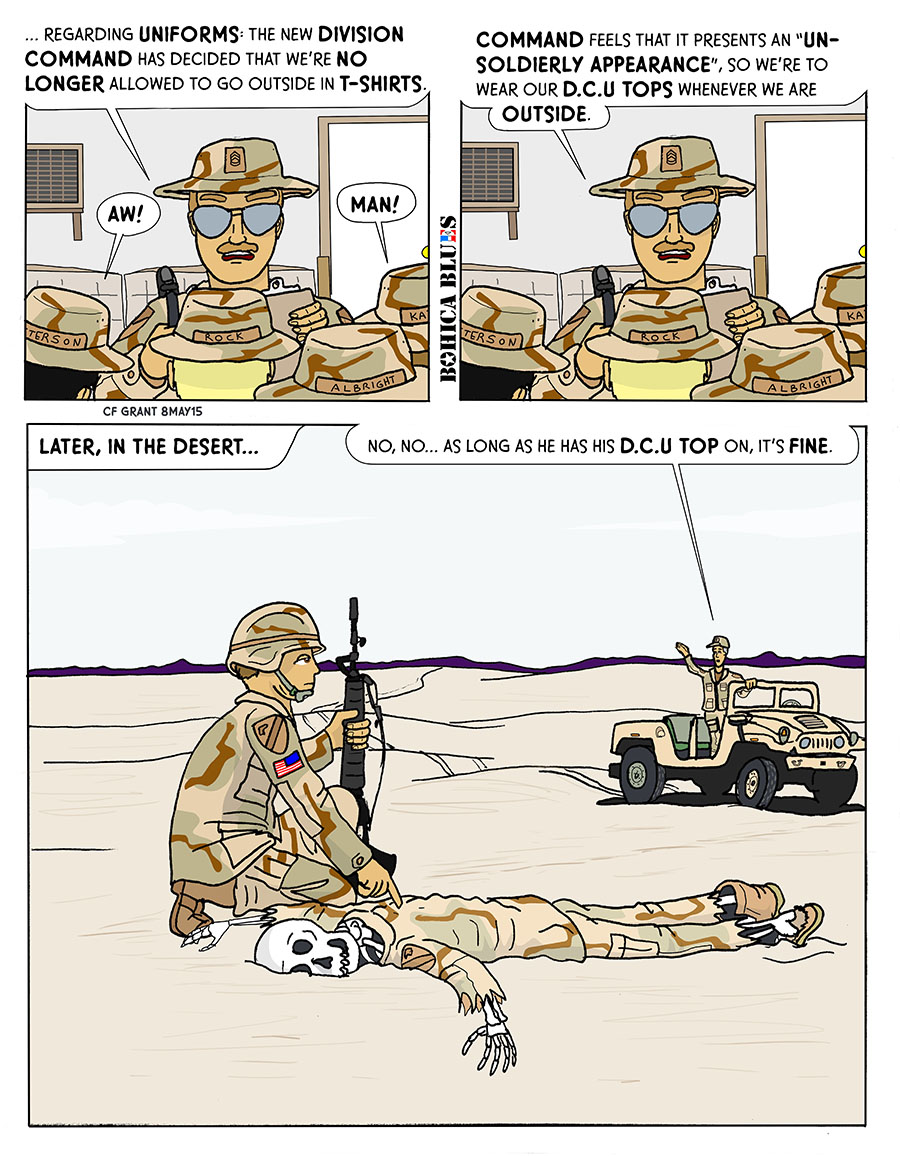 8 May:
This was one of my original comics, based on another regulation that came down from Up On High. We could take off our uniform tops and be in t-shirts when we were inside our trailers, but if we went outside for any reason, we had to be wearing our uniform shirts– which, if worn, must be buttoned up. You are not allowed to wear them open as jackets.

Clearly, this was a regulation made by someone who worked in a nice, air-conditioned office. I understand saying that we had to wear our uniform tops if we were performing official duties or going to chow, but guys that were just going to the latrine or out for a smoke break, or to grab some water from the water tent had to be buttoned up.

Some people just don’t really catch on to this whole “going outside” thing.