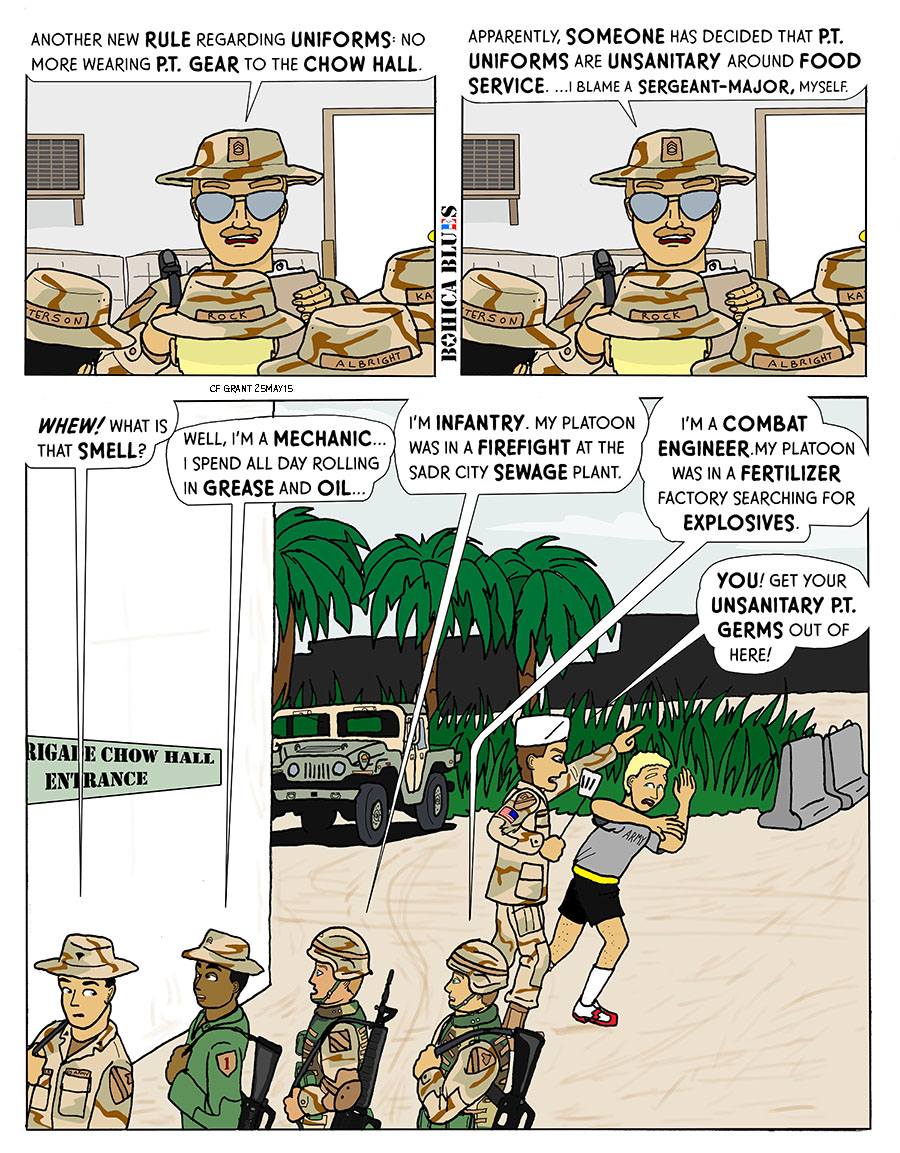 So– at some point, the powers-that-be decided that, yes, PT (Physical Training) uniforms were “unsanitary” to wear into the chow hall. Yes, we’d be covered in sweat and grime, and that would be different from our duty uniforms… how? It’s not like people were putting their hand sin the food or anything; it was behind glass and served to us by civilian KBR contractors wearing latex gloves.

The cooks enforced uniform rules with great vigor. I suppose it was frustrating for them, being trained as Army cooks, brought across the ocean to Iraq and then being told they couldn’t do their jobs, and all they could do was supervise clean-up and do “head count”. That means just signing in everyone that came to the chow hall so they’d be able to track how many people ate there and could adjust their orders for the next day. I’m sure lots of people got great NCOERs and OERs for their efforts*.

In another note, I hope everyone has a meaningful Memorial Day. I don’t begrudge the people who take the extra day off for barbecues and parties; after all, it’s what our fallen brothers & sisters would want to do– live it up. But hoist a drink of some sort and think about those folks and the things they were sacrificed for. If you think it was for a good cause, then remember them well. If you think it was a waste, then remember that when it is time to elect new leaders.

I had a hectic couple of weeks with some Army Reserve duty and my regular job piling up things– but now it is time to get back on track. I did not consciously plan to have my return-to-duty fall on Memorial Day, and it was coincidence that it worked out that way. I usually don’t do “holiday” comics unless there is a way to work a joke in-story that coincides with the theme of the holiday, and there really wasn’t any way to work in a “Memorial Day” humor strip while the 213th Battalion is still deployed.

Take care and it’s good to be back.