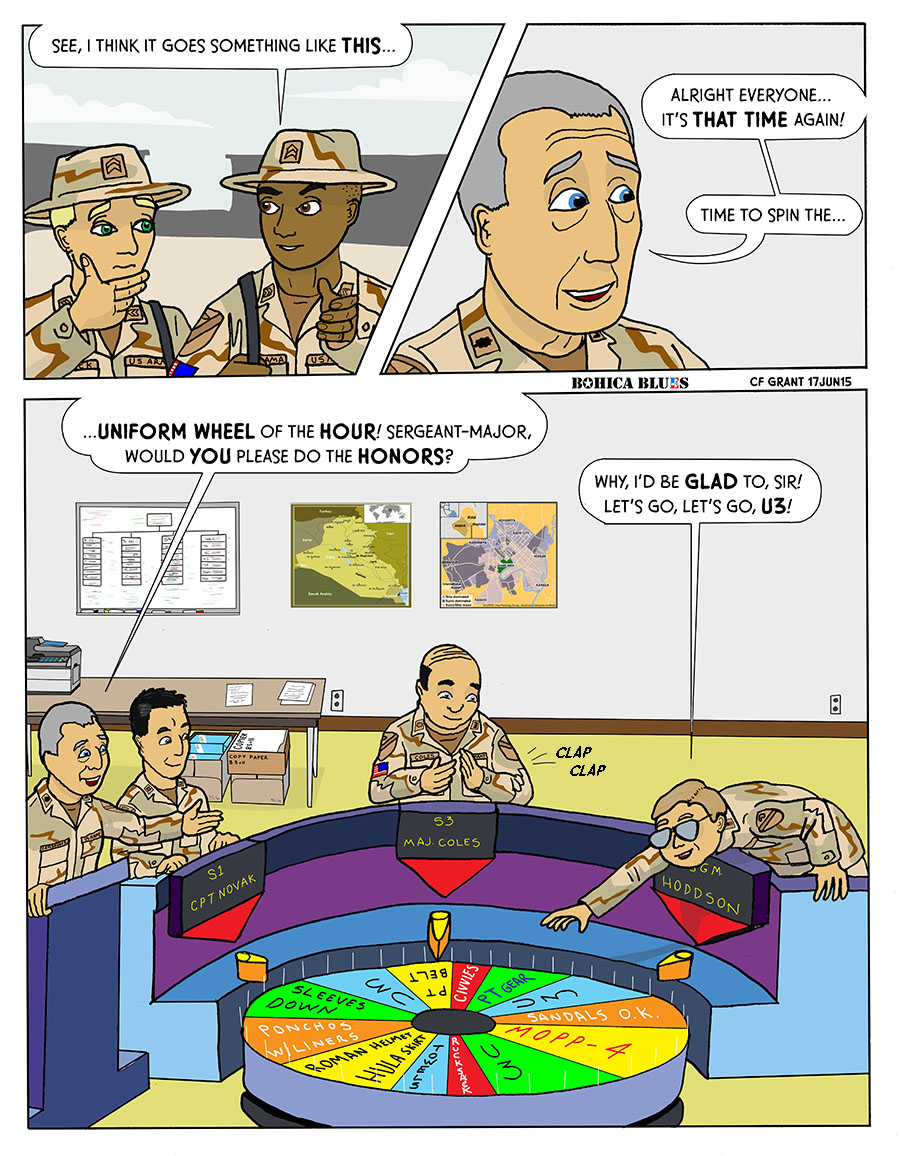 17 June:
It is not much of a stretch to imagine the inside of the TOC (Tactical Operations Center, a “Headquarters” for a Brigade, Battalion, Company or smaller unit) as a lot like a game show, with the commanding officer as a sort of game-show host. And the hourly “spinning of the wheel of uniforms” is probably not too far off the mark, either.

Remember the various “Staff” positions I mentioned before? S1, S2, S3, and so on? Each unit will have someone in charge of those positions, and they are the decision-makers. The commander will consult with those people if a decision needs to be made about something; they are supposed to be the go-to people for answers having to do with Operations or Training or whatever. In this case, the S1  (personnel) and the S3 (Operations) officers are being invited as wheel-spinners, along with the Sergeant-Major.

The uniform wheel has the usual choices we’ve seen– PT (physical training) gear is an option, allowing people to “relax” in a t-shirt and shorts with running shoes. There’s also the option to add a PT Belt, the bright, reflective belt that gets assigned to wear so often. U3 –full armor– is over-represented (of course) and we’ve already seen the Roman Helmet with Hula Skirt being applied. Civvies (civilian clothes) almost never comes up, same with “Sandals OK” (the wheel is geared to never land on those options, I guess).

There’s also “Rucksack”, or a full back-pack… “poncho with liner” that needs to be carried at all times; Towels (a good soldier always knows where his or her towel is); “Sleeves Down” (a must for the chow hall) and the dreaded “MOPP-4? which stands for “Military Operational Protective Posture level 4? and means a fully sealed nuclear, biological, and chemical warfare protective suit.