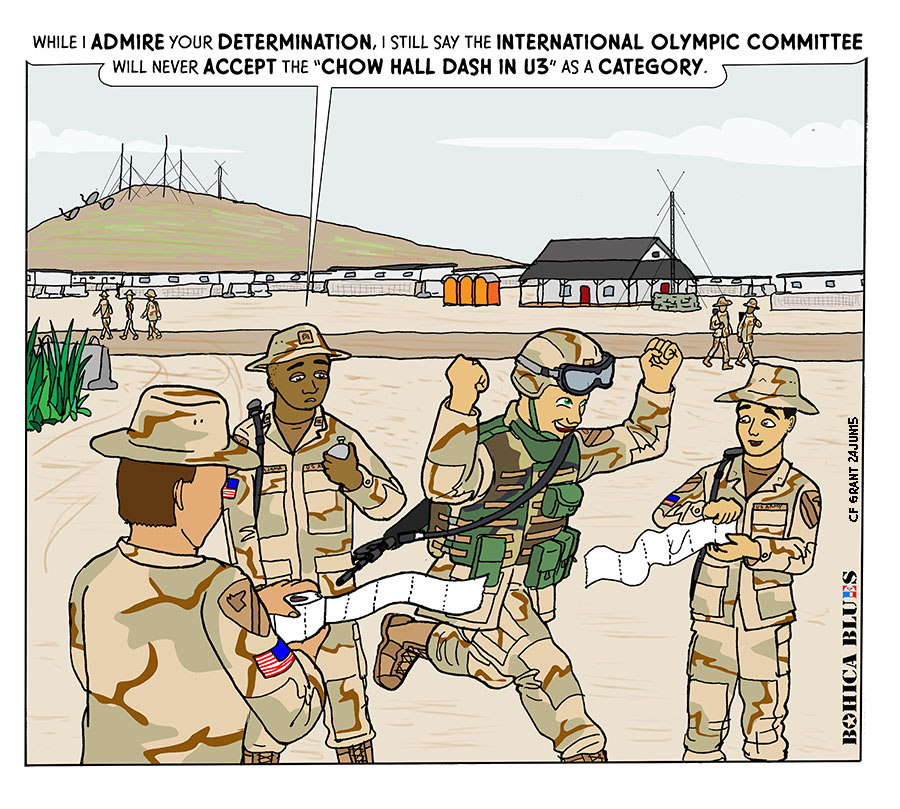 24 June:
The Chow Hall was only open for certain periods of time, of course. A couple hours or so for breakfast, then lunch, then dinner. And I’m actually not always sure about lunches, since it is very common in the field for troops to “brown bag” it (ie, eat an MRE or something similar) for the midday meal since people are out on patrol, work sites, etc and don’t have the ability to just come in for cooked stuff. I recall that many times lunches at Camp Victory were sparsely attended when I was “inside the wire”.

So it was common to be wrapped up in doing something, either an official duty or playing a video game, whatever, and you’d realize the chow hall was closing in a few minutes. At that moment, you think, do I have time to make? Should I try? Part of you recoils at the thought of being seen, running like a noob, to get chow hall food. On the other hand, if you decide not to eat at the chow hall, you have to either provide your own food from stuff you bought at the PX, or… eat an MRE. If you haven’t been to the PX in a couple days, and pickings are slim, chances are you’ll make that dash to the chow hall rather than dip into an MRE.

It is amazing what good time you can make, even in full armor, trying to stroll quickly, but not appear to be going quickly, for that chow hall.