Playing Well With Others (Not) 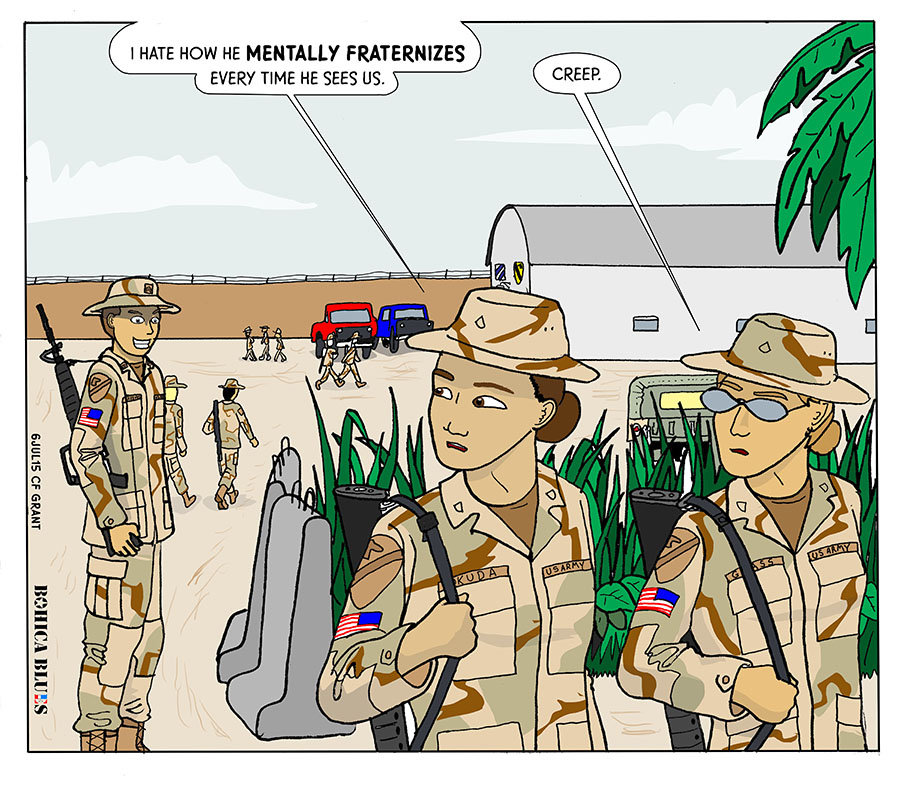 Playing Well With Others (Not)

6 July:
Remember ol’ Sergeant Skeeves? He’s back, and as obnoxious as ever. Sergeant Skeeves has no respect for the females, and now he stares at them, “fraternizing” mentally with them, which they find creepy.

Technically, “fraternization” is a term used for any too-friendly relationship between the “rank barriers” of regular Enlisted Servicemembers, NCOs (Non-Commissioned Officers) and Officers. Generally, members within those rank groups can be friends (or even date), but you’re not allowed to cross those lines. Really it doesn’t matter if you are just friends, or more: gambling together would be “fraternization”, loaning money, or conducting businesses together would be fraternization. I once knew a young officer who got in trouble because he was roommates with an enlisted servicemember, sharing an apartment.

While “fraternization” means any friendly relations, it most frequently ends up getting used in context of romantic (or at least sexual) connections between troops that cross these rank barriers. What Skeeves thinks of is a long way from “romantic”, of course…  He is definitely not playing well with others.