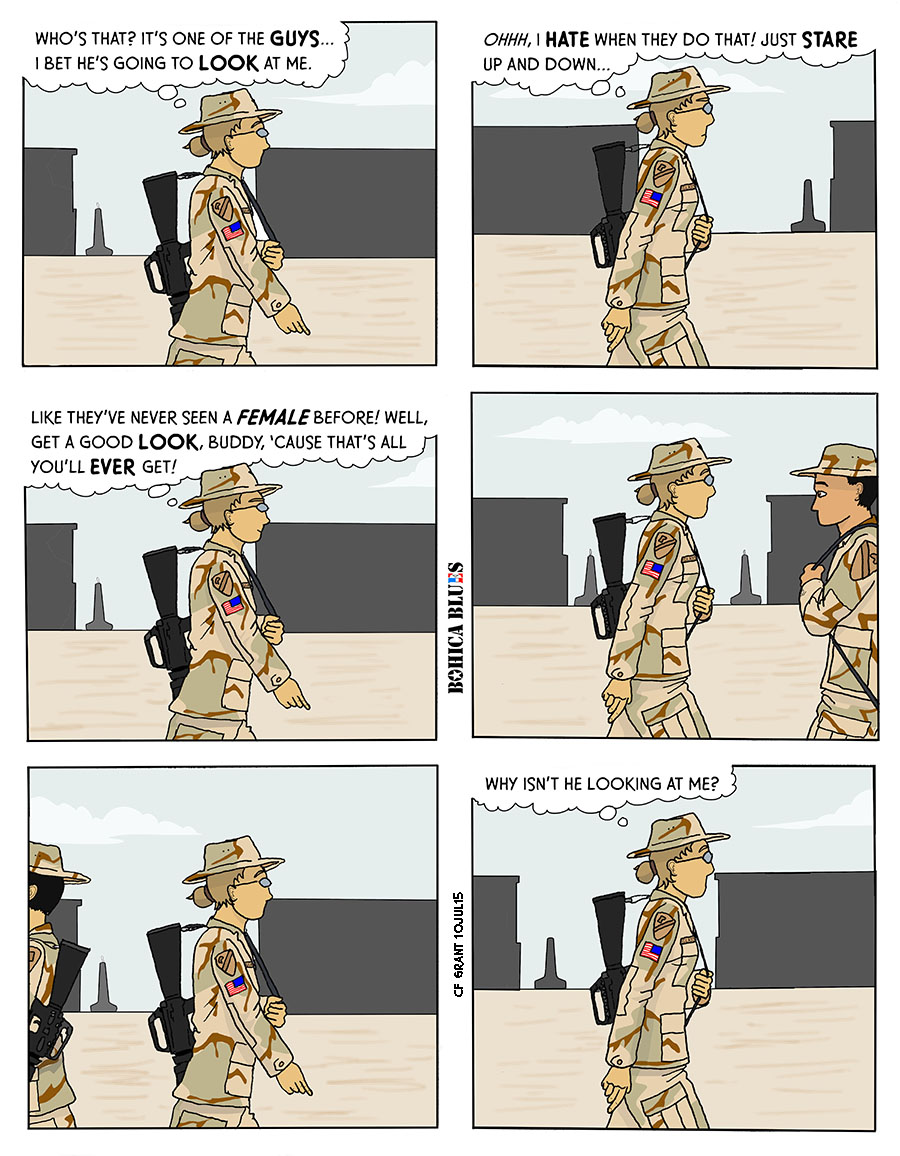 10 July:
This is an almost direct re-do of one of my original comics. I posted new comics every morning at breakfast, then I’d sit down at a table near enough to see the first readers reactions but not so close that anyone might feel strange walking up to view it.

I was hoping this one would be received with a sense of humor. As soon as I put it up, a young female Sergeant walked over to look at it. She was the first reader of the day, and I had a backup comic ready– you never know. I watched as she read it and then busted up laughing… I relaxed and enjoyed my, oh, I don’t know, pancakes or whatever.

Most people just want to get along, really. But sometimes out there, the “Sergeant Skeeveses” spoil it for everybody, and can make the atmosphere tough even when they aren’t around.