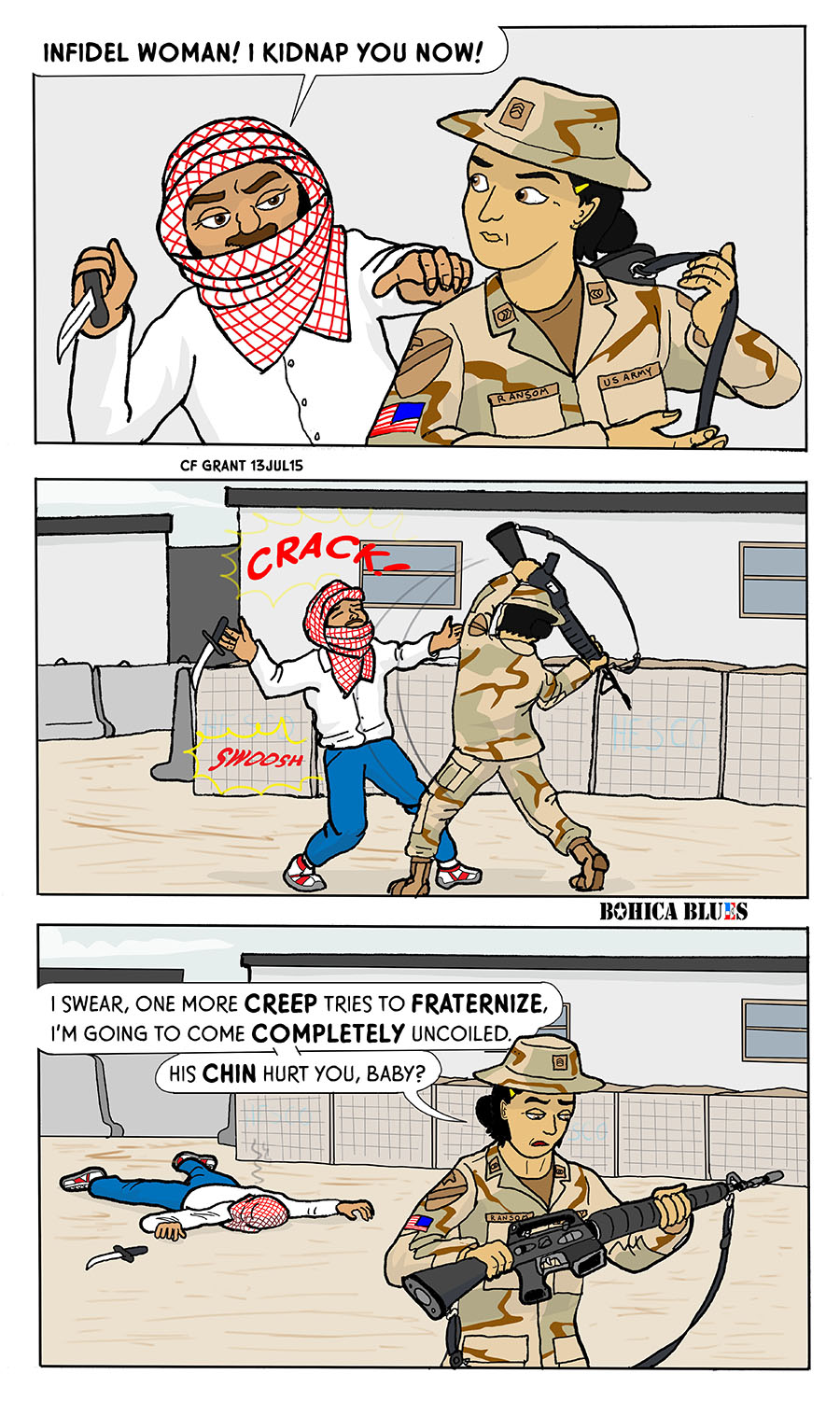 13 July:
One problem with large organizations, be it the Army, a corporation, or any large group, is that as soon as they start to identify a problem and decide to take it seriously, there’ll be a period of time when they try to see everything through that lens. In this case, Sergeant Skeeves has made harassment and fraternization such a problem for the Battalion, that they no longer recognize good ol’-fashioned terrorism when they see it.

Okay, maybe things don’t get this obviously short-sighted, but this is comics.

Anyhow, there were, from time to time, problems with local contractors who came on base. Most of the time they were alright– locals who needed a buck to feed their families and weren’t afraid to be seen working with the Westerners. They were supposed to be escorted at all times but sometimes someone from a large group would slip away, or people felt they could be “trusted”. While I was at Camp Victory, someone on the inside stole a submachinegun, an MP-5, from a Contractor who was careless. And there was a suicide bombing of a mess hall by someone who was cleared to be inside the base.

In this case, someone decides he’s going to kidnap an American soldier. Since they don’t have the ability to carry weapons without raising suspicions, a knife will have to do. He thinks an American female will be an easy target, but this is Staff-Sergeant June Ransom, who never makes anything easy if she can help it. He should count himself lucky she thought this was another “mere” fraternization attempt.