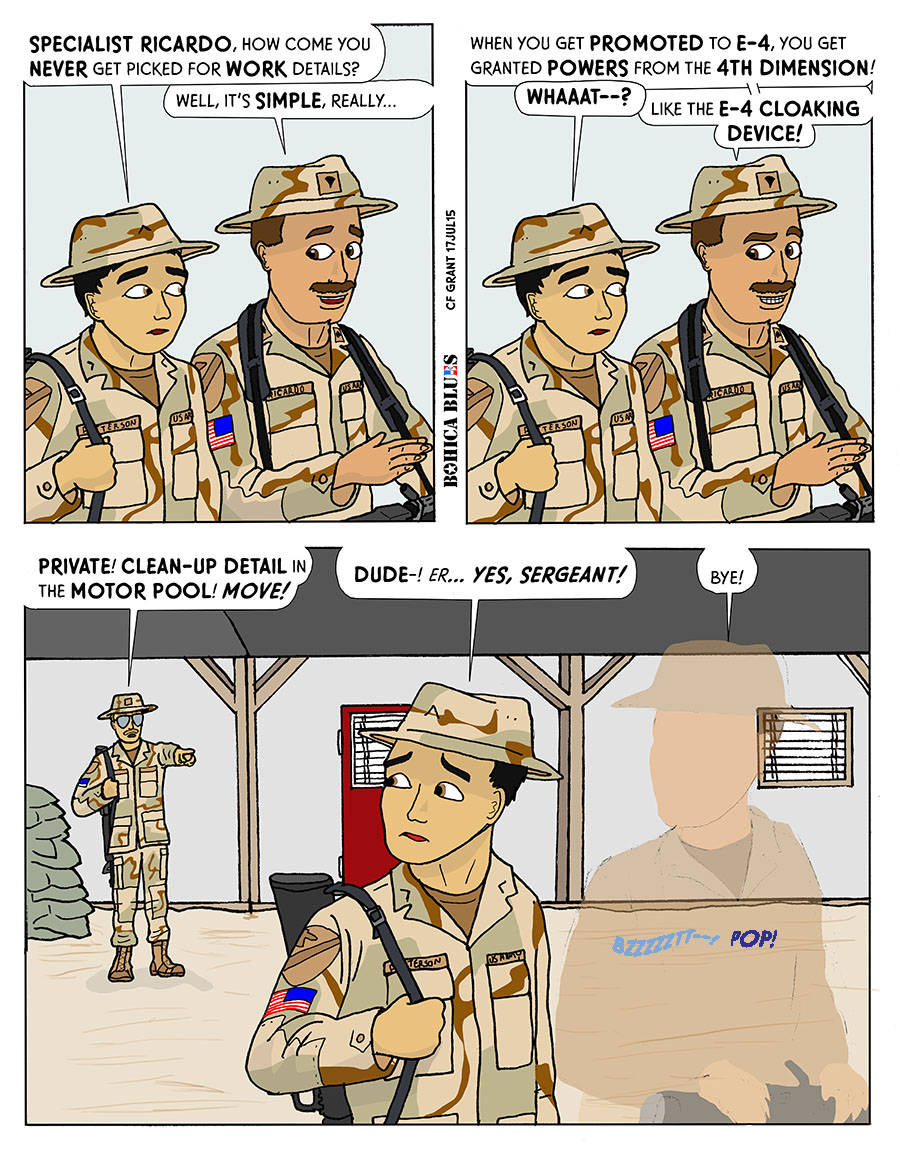 Many times, if you ask someone in the military their rank, they might say “E-4″ or “E-6″ or something like that– some alpha-numeric code of some sort. That’s because the Army, Navy, Air Force and Marines frequently have different names for their ranks, but the pay grades will be the same. An “E-7″ in the Army is a “Sergeant First Class” but in the Marines he’d be “Gunnery Sergeant”. But both are E-7s. It is easier to know where another service member falls into the overall scheme of things by their E- grade, especially since the services don’t all use the ranks for the same levels of authority.

When you reach the rank of Specialist in the Army (and, I suspect, Lance Corporal in the Marines) you get really good at knowing when a Sergeant is out looking for people to perform menial tasks. Basic chores like clean-up duty are known as “work details” in the Army, or “work parties” in the Marines. Specialists frequently find amazing ways to not be seen when it is time to hand out detail assignments, and gleefully throw Privates to the wolves so they can get away.