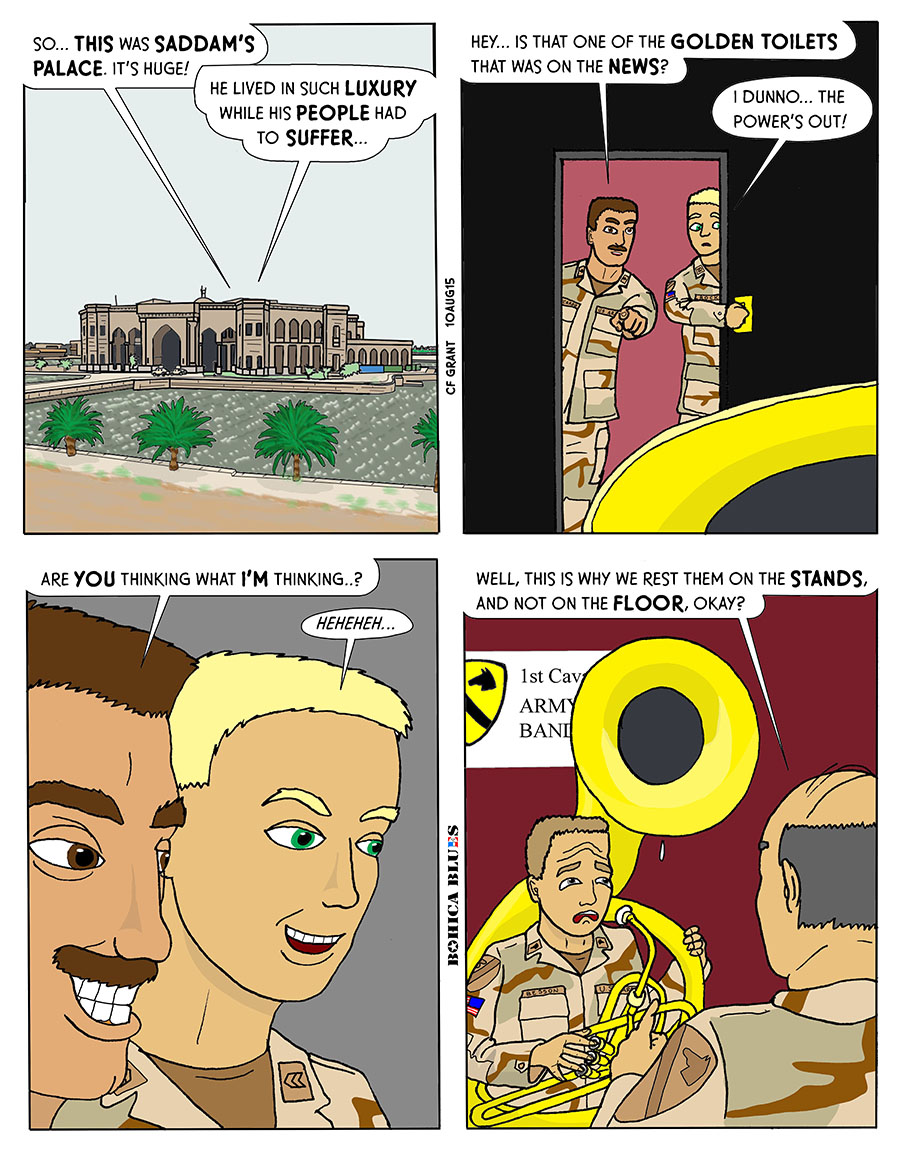 I remember hearing about the “toilets made of gold” in Saddam Hussein’s palace. They were, at most, gold-plated or (more likely) brass, but the story caught hold as an example of the former dictator’s excesses. He also had several palaces all around the country– I got to see two of them. One of them, the one featured in today’s comic, was the one on Camp Victory. That’s the camp we stayed on, made from his former game preserve and private hunting grounds; so I’m guessing it was his “safari” palace. It was officially called the “al-Faw Palace” and a lot of people got to look around inside it at least once.

The al-Faw Palace was surrounded by a huge man-made lake, and the water was a really scary-looking greenish-grey color. I can’t imagine the skin diseases one might get if they fell into it. Perhaps at one time Saddam made an effort enough to keep it clean and probably had it stocked with fish to catch, but that time was long in the past. I recreated the picture in the top from a photo of the Palace I found on the internet, experimenting with the “layers” option in PhotoShop.

The other palace I saw was the palace in the “Green Zone”, which I found out wasn’t really a palace that Saddam lived at but a sort of grand meeting place for the government ministers that rubber-stamped his decrees and gave him the thin disguise of having a “parliament”. During the war it was the headquarters for the multinational forces. I got to see the inside of that one a lot more in-depth and I will add the pictures to the gallery.

I hope this never happened to any unfortunate tuba players out there.