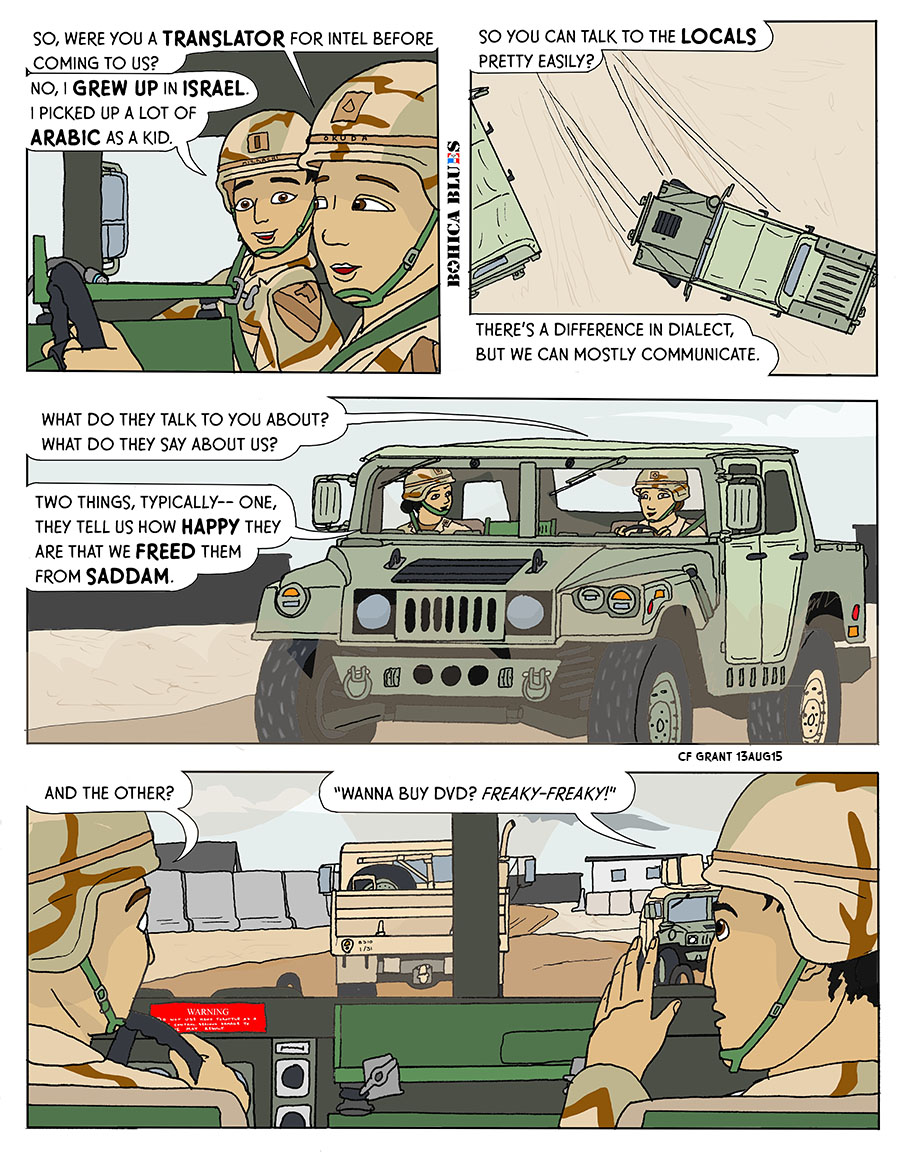 Israel has three “official” languages: Hebrew, English, and Arabic. You have to pass a test in these before graduating school, but while Hebrew is the daily language of the land and English is popular, many find Arabic unappealing and don’t stick with it. I visited Israel for awhile as a student for a “Junior Year Abroad” program and most of the people I met had largely forgotten their Arabic.

Some, however, do keep up with it. The character Mirav Mizrachi was a dual citizen of Israel and the US, and grew up in both societies. She’s supposed to be one of those people who is a natural with picking up and retaining languages, and she kept up with her Arabic. Arabic in Israel would have a Levantine dialect, and would be different from the dialect spoke in Iraq, but close enough. Iraqis would probably peg her as speaking with a Jordanian or Palestinian accent.

Most of the interaction we had with the locals was them trying to sell us something. I understand that they were poor, and of course their economy and infrastructure was trashed, so many became street vendors. Who can blame them? I’d rather they try to sell horrible pirated-porn DVDs than become fighters. Of course, some moonlighted as both.

But “Wanna buy DVD? Freaky-Freaky!” became a sort of comical shorthand representing any random interactions with locals among many of the troops I knew. I know I’ve used the phrase before in the comic, but believe me I’m not belaboring the point; if anything, I haven’t used it enough to represent the times I heard the pitch.

Sometime later today the site will begin upgrading to the new layout! There may be periods where the site is down or not responsive. Be patient, and at the worst everything will be running again like normal (but better) by Monday morning’s update.