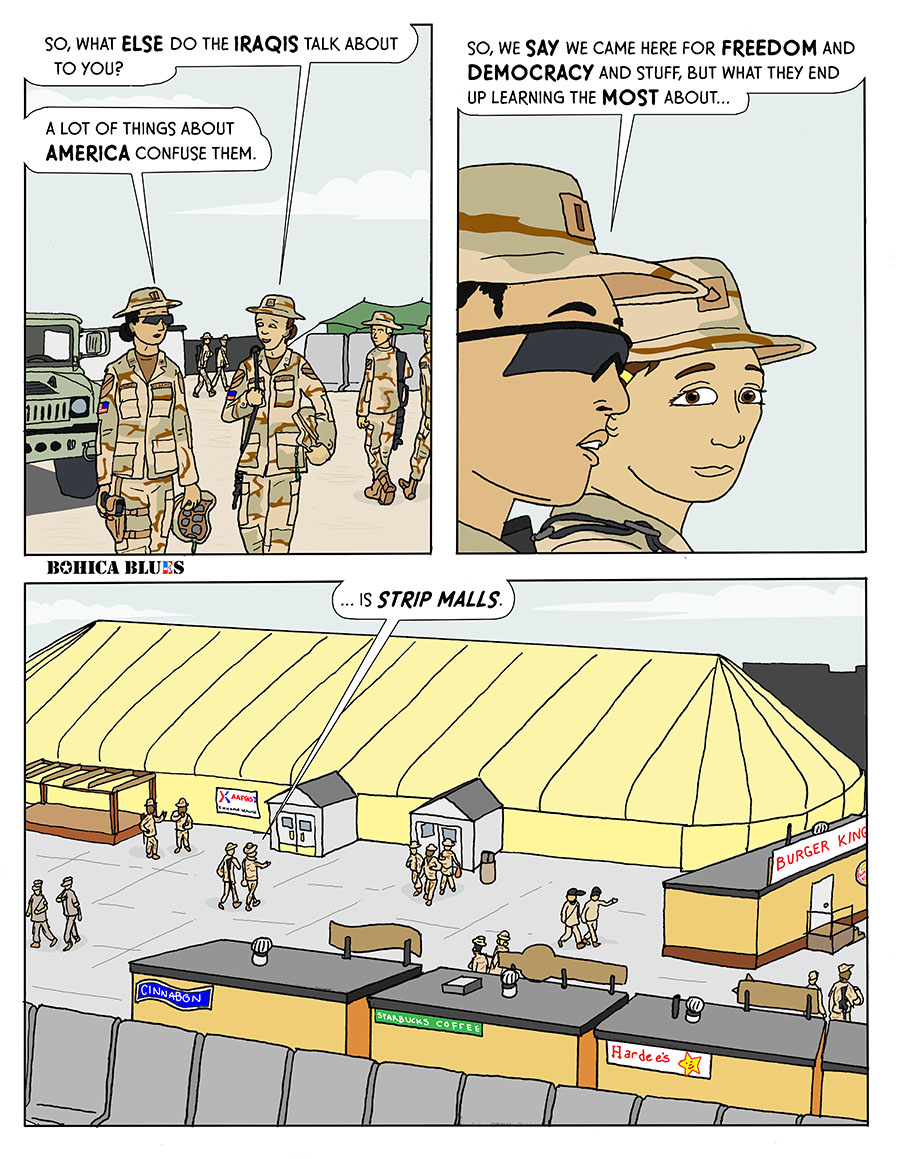 If there’s one thing we could build, it was strip malls. All we needed was some concrete, trailers, and some giant interior-strut tents. It’s hard to imagine that we were the second rotation of troops in the area, and the ones that came before us had just tents and sleeping bags, and ate MREs (meals, Ready to Eat, three lies in one) to get by. The increase in living standards was astronomical even from the time my rotation had gotten there, in 2004. I can only wonder what the locals thought of our priorities.

The shop was called the PX, or “Post Exchange” and was the “general store” we bought things from. It was kind of like a small Target or Fred Meyer with some military gear available. We had a lot of fast-food trailers pop up over time, too. I usually don’t care for fast food, but it was a break from routine, so I sometimes indulged.

So– settling into the new look of the site! This is the first comic published 100% through the new look. Last week, on Friday, the comic started out life on the old system and got changed over later that afternoon. I hope everyone is enjoying the new look and feel.

I’ll be adding all the back-content as quickly as I can; for now I just have the regularly-scheduled comics and the very first one posted. But I will re-fill everything as soon as I can. In the meantime, enjoy what is available and please feel welcome to leave feedback below. If you don’t have a Disqus account, it should let you use Facebook, Google+ or Twitter.