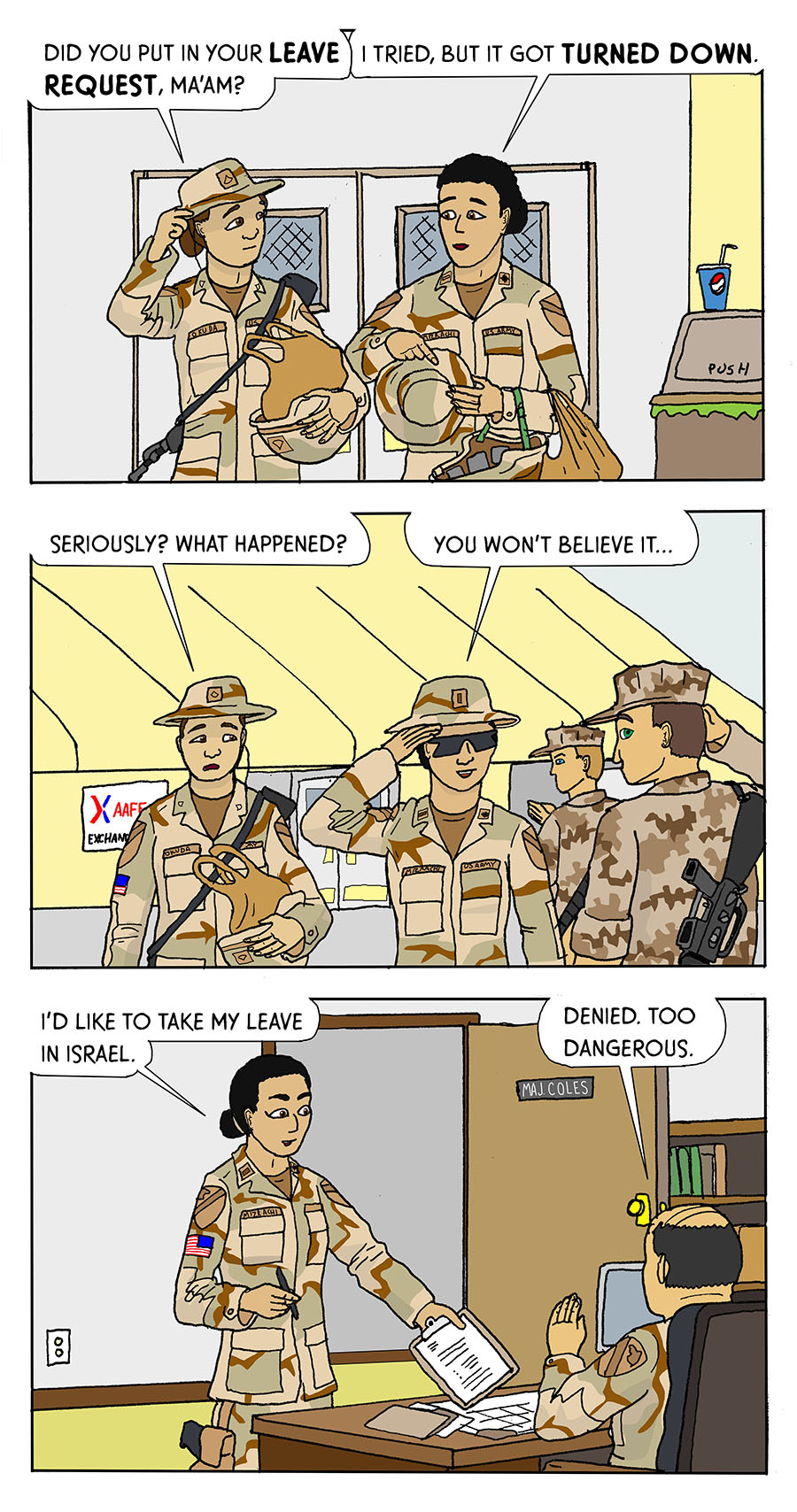 Something like this… kinda happened, actually. When leave rotations came up, some guys opted for “environmental leave” in Qatar, some went home for two weeks, and if you wanted, you could also go to Europe– the plane out of Iraq would stop off in Germany and anyone who wanted to tour Europe for a couple weeks was free to do so.

I’d mentioned having spent some time in Israel as a student, and I still had a few friends and contacts there, so I floated the idea that I might go to Israel for leave. Why not? It was close, I wouldn’t have much jetlag to speak of, I was already used to the hot weather… guess what I was told? Yup, Israel was “too dangerous” to visit from Iraq.