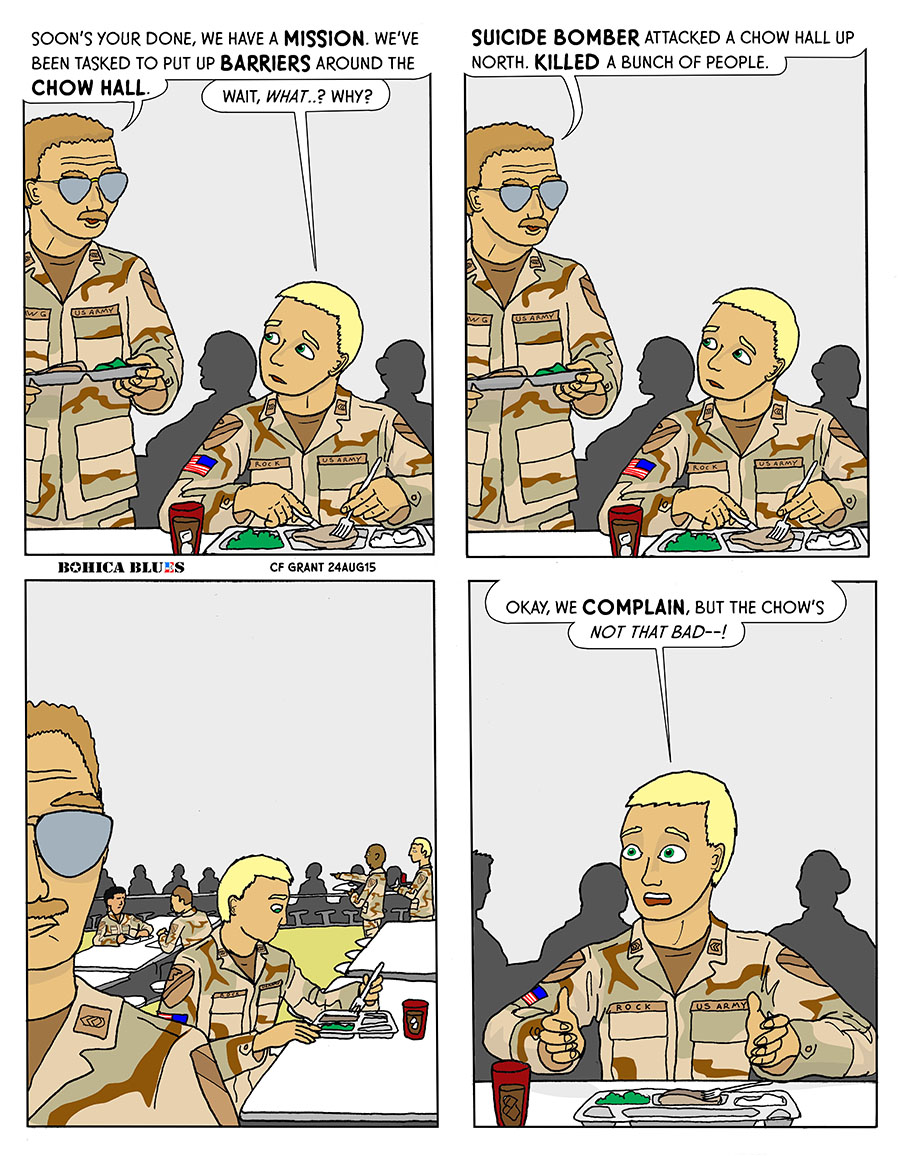 In Mosul, on the 22nd of December, 2004, a suicide bomber went into a chow hall and detonated his explosives, killing well over a dozen people. After that, other such attacks were carried out in copycat attempts. And it kinda makes sense– lots of troops all gathered together, generally relaxed and not expecting trouble… Anyhow, the result was that blast-containment barriers were now mandated to be built around chow halls.

It is perhaps wrong of me that the first thing I thought when I heard this was, “damn, come on people, the chow’s not that bad”. One’s sense of humor tends to adopt a certain darkness after being deployed for awhile.