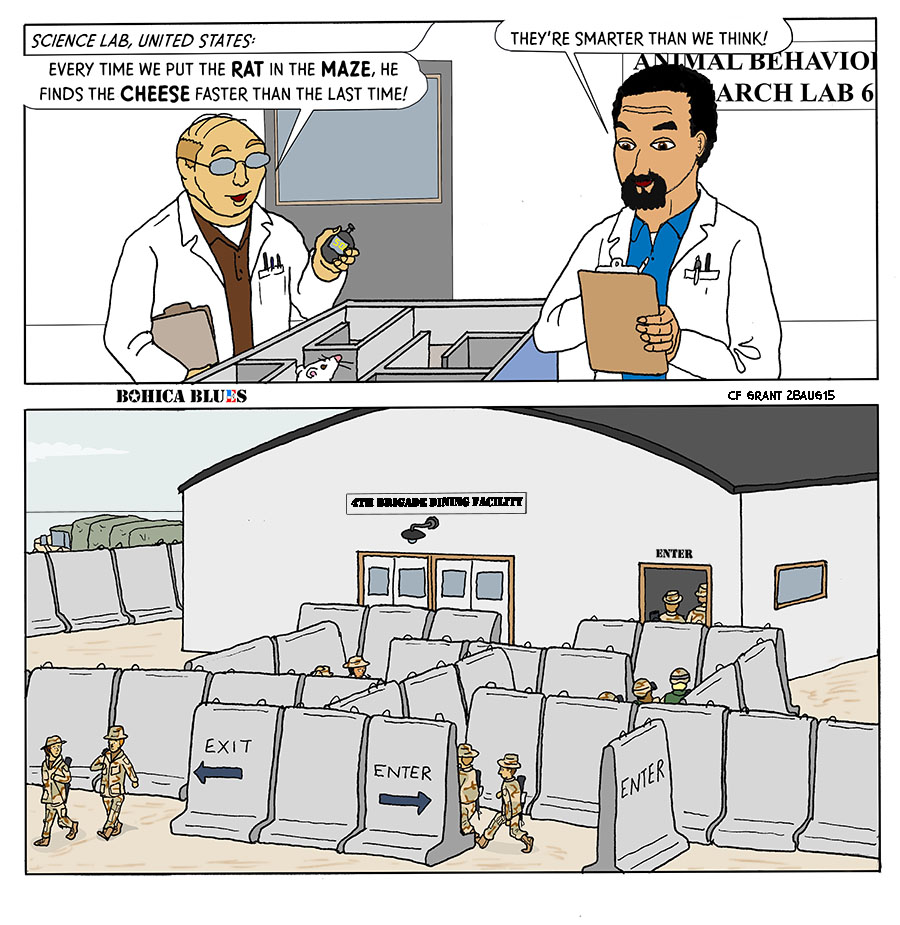 “Despite all my rage…”

After the chow hall bombings, barriers went up around chow halls all over. And it really was almost like there had been a conscious effort to make them maze-like: at least two 90-degree bends were installed, if I remember correctly, so there was never an angle where you could directly see the chow hall if you were outside of the little courtyard that had sprung up around it.

Now, you can say, “but what of someone detonates a suicide vest inside the narrow confines of the barrier maze? Wouldn’t that make the blast really concentrated?” Why, yes it would, in that one area. Sometimes these barriers were as much about containing the blast to as small an area as possible as it was to block the blast from reaching others. If you’re in that area, you’re unlucky (to say the least) but the larger group of people would be spared.

Comic Notes: This was supposed to go up on Friday, the 28th of August, but is going up Monday the 31st instead. I had some incompatible programs running that weren’t apparent until WordPress was updated and suddenly they stopped talking to each other.