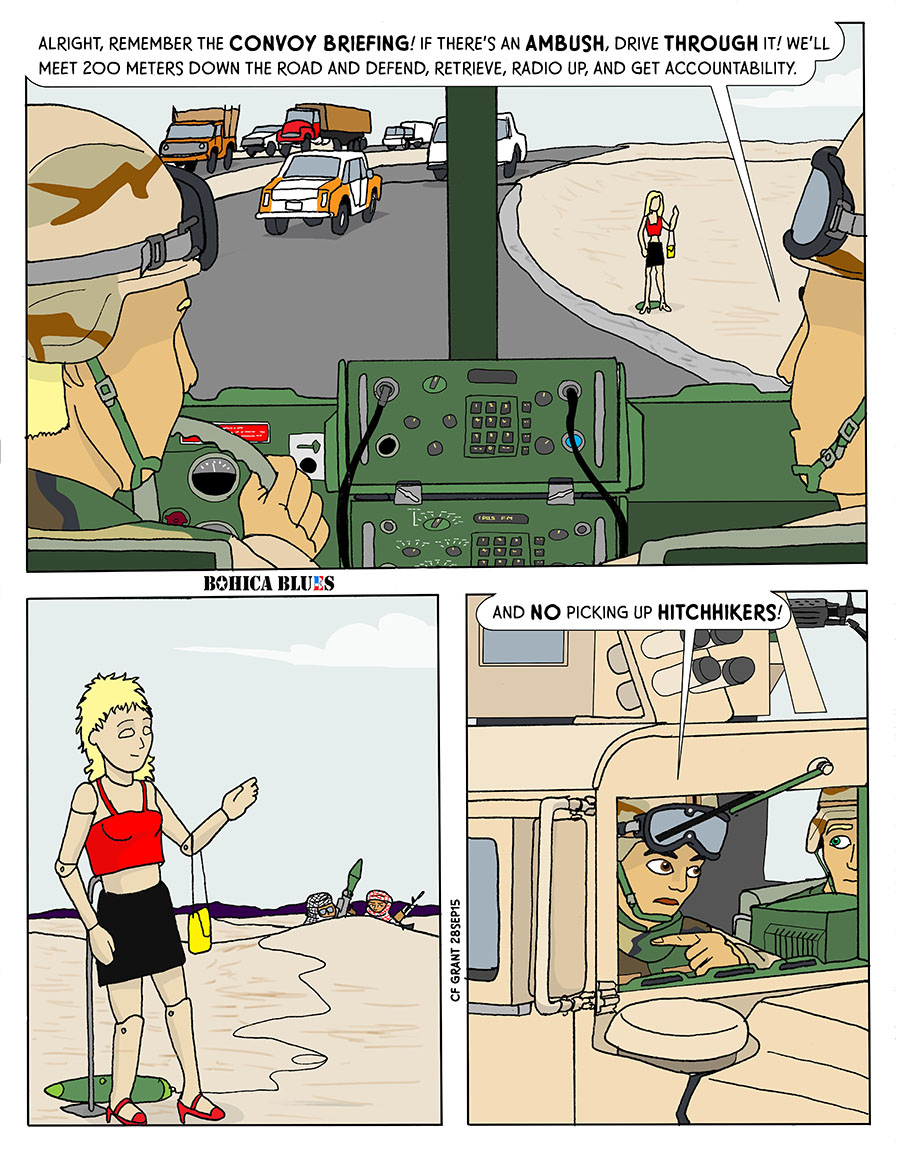 The insurgents had all sorts of methods to try to hit us with IEDs (IED: Improvised Explosive Device, or “roadside bomb”). Obviously just putting a block of explosives, rolls of dynamite, or artillery shells with wires running from them wouldn’t work, although at first a few did just that at first. Later they tried creative ways to hide the bombs– there was always plenty of trash along the sides of the road, and many times they’d even use animal carcasses that had been scooped out (I wonder who drew that short straw?) and stuffed with explosives.

Far as I know, they never tried the “Hitchhiking Blonde Chick Mannequin trick” but I’m sure it was only a matter of time.  I was thinking about a recent attempt to have a “hitchhiking robot” go across the country and record its travels (it ended up getting vandalized) and also about what our parents always tell us about never picking up hitchhikers. Because they could have roadside bombs, I suppose.