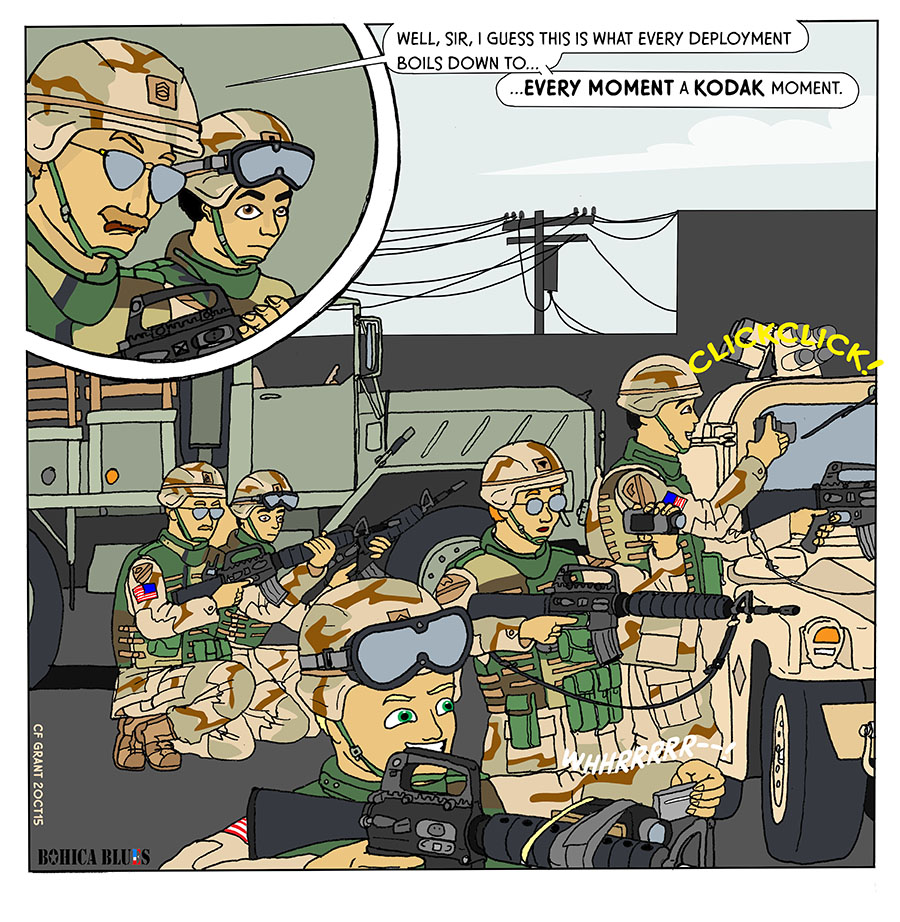 I once read an article about a guy who had fought in Vietnam. He described a typical firefight as something like this: “Ten guys behind cover. Two will be crying for their mamas; two will be shooting. The rest will be taking pictures.” The number of pictures taken during this war will provide a stunning collage of daily life from the war zone from the point of view of pretty much anyone who was there, no matter how indirect their role might have been.

To this day, “lost” or “forgotten” photographs from World War One, Two, Vietnam, and other wars resurface, sometimes in odd places. But those photos were back in the day when every snap of the shutter meant a piece of film; 30 or so pictures meant that roll of film was done. People would hoard their snapshots. They were finite.

Digital cameras, memory sticks, and laptops mean that there will probably be millions of images to pick and choose from for years to come. With virtually no limit on the number of pictures that could be taken or stored, even mundane and trivial events could be captured. These images are (hopefully) out there, in hard drives, CD-ROMS, clouds… waiting for historians to puzzle over.

I wonder what sorts of questions they’ll ask, and what they’ll deduce about us and the choices of images we chose to record.