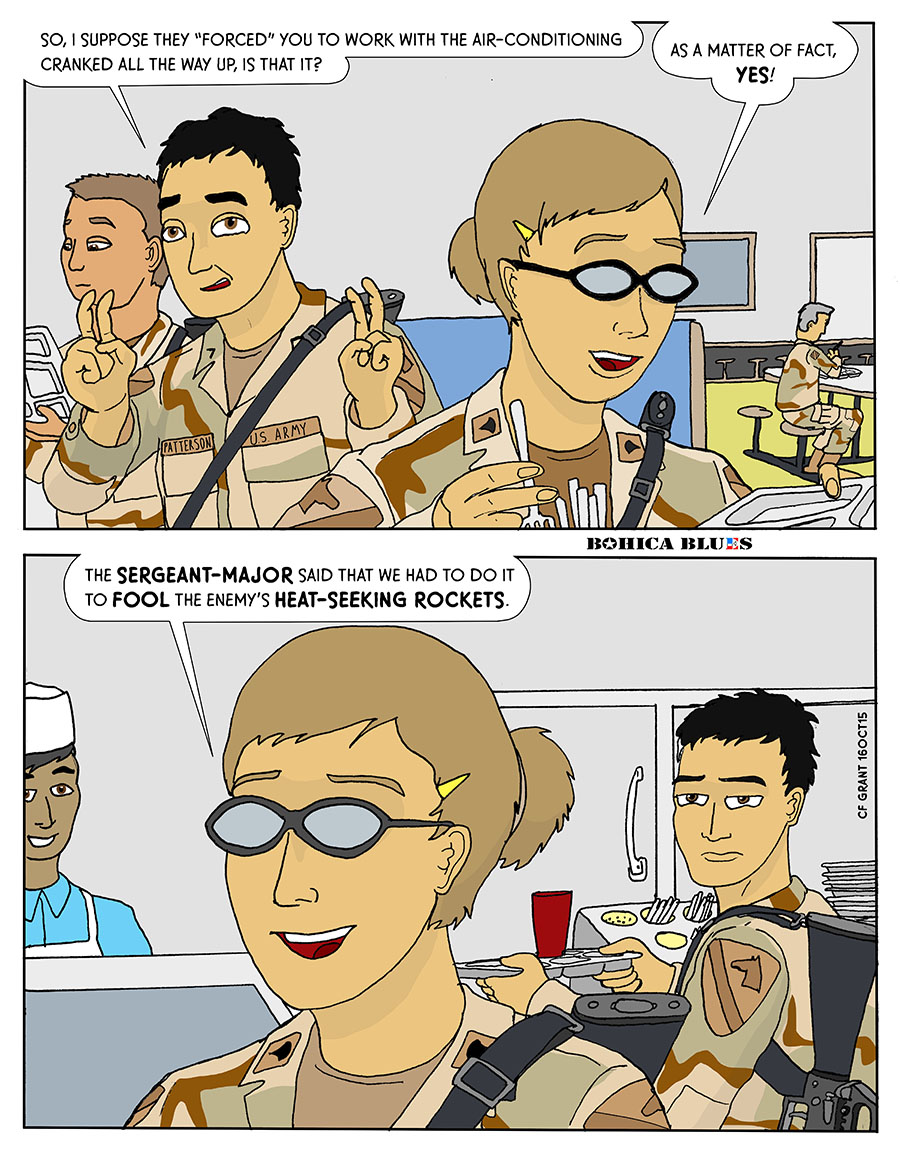 See? SPC Glass knows– if you’re ever caught admitting to something you’d rather not admit to, just say that a Sergeant-Major came up with the idea. It will probably work. And to be honest, cranking up the air-conditioning to fool heat-seeking missiles? Hey, if I was a Sergeant-Major, I’d give it a try.

I try to put a lot of character interaction in the Chow Hall. As mentioned before, it is a place where we would gather and socialize at least twice a day, sometimes three times if we were nearby during lunch and not out somewhere crappy eating an MRE. But the interior setting of the Chow Hall is both busy and bland– there’s a lot happening in the Chow Hall, lots of people, but the colors are all various shades from white to grey to stainless steel. In Photoshop, there’s no real contrast to work with.