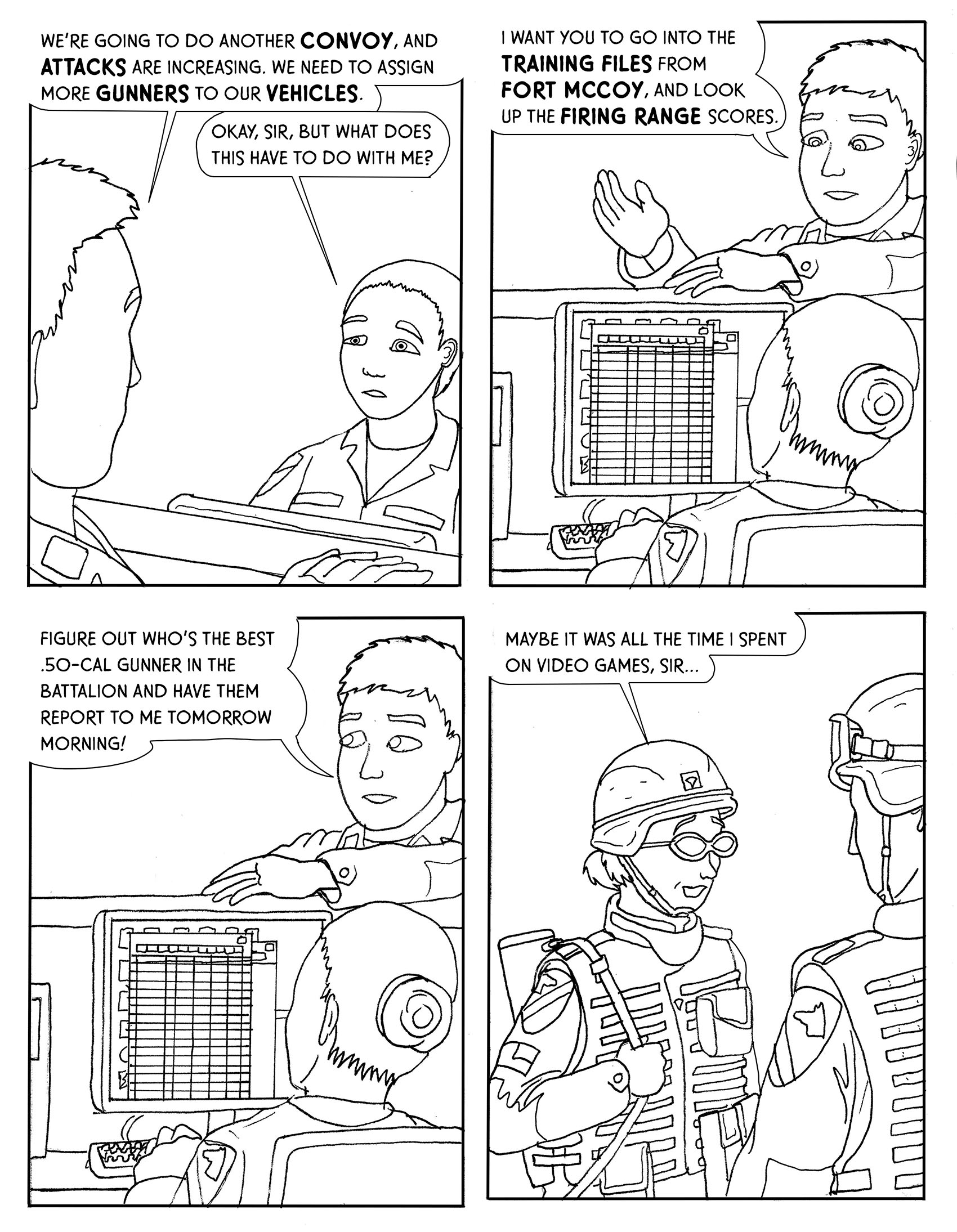 Some comic news, as opposed to in-story news. Obviously today’s comic is crude and unfinished, in black-and-white. This is what the comic looks like before color is applied. I just did not have time to get to it this weekend after a full Army Reserve drill weekend soaked up most of what would have been free time.

The year 2015 has been exhausting. My day job has seen my workload increase by almost 400%. I’m not going to get in to what I do for a living since I don’t want it to become a feature here. This is my escape. I usually have some time at work to either casually work on comics during slow periods, or just relax and work at a leisurely pace at my job, which allows me some “breathing room” to tackle BOHICA Blues at home with a fresh frame of mind. But this year has been a non-stop crisis mode. Put simply, my office is dealing with handling the overflow of another, much, much bigger office, that allowed things to back up for a couple of years. Now everyone is picking up the slack.

I keep asking when we’re going to be caught up, and I keep getting told “another 1 to 3 months”. After 1 to 3 months have gone by, I am told it’ll “just be another 1 to 3 months”. Obviously what I am dealing with is the new normal. Because it is “just another couple of months” then no new hires or even temps will be brought in. It was supposed to be done in October, then I was told the end of the year, and now I am being told “maybe into early next year”. On top of that there have been a lot of home and house concerns; extensive yard work and landscaping and putting up with a bathroom remodeling.

For the last few months I have been scrambling at the last minute to get the comic out. I find myself putting ink or color on a page that is scheduled to be posted in a few hours. I used to have about a week or so plotted out ahead of time; I have not had that luxury for much of this year.

I am contemplating going back to the original posting schedule of Monday and Thursday. That may allow me the time I need to catch my breath in the hopes that someday the workload will finally ease off for real. At that point I can pick up again with the 3-days-a-week schedule depending on the time I have available. I may do black-and-white this week to buy time for next week, and see what adjustments to the posting schedule can be made. BOHICA Blues won’t end, since it is important to get the story out of what it was like for us to be over there, but be ready in case the posting schedule changes.

Thank you for your patience and understanding.