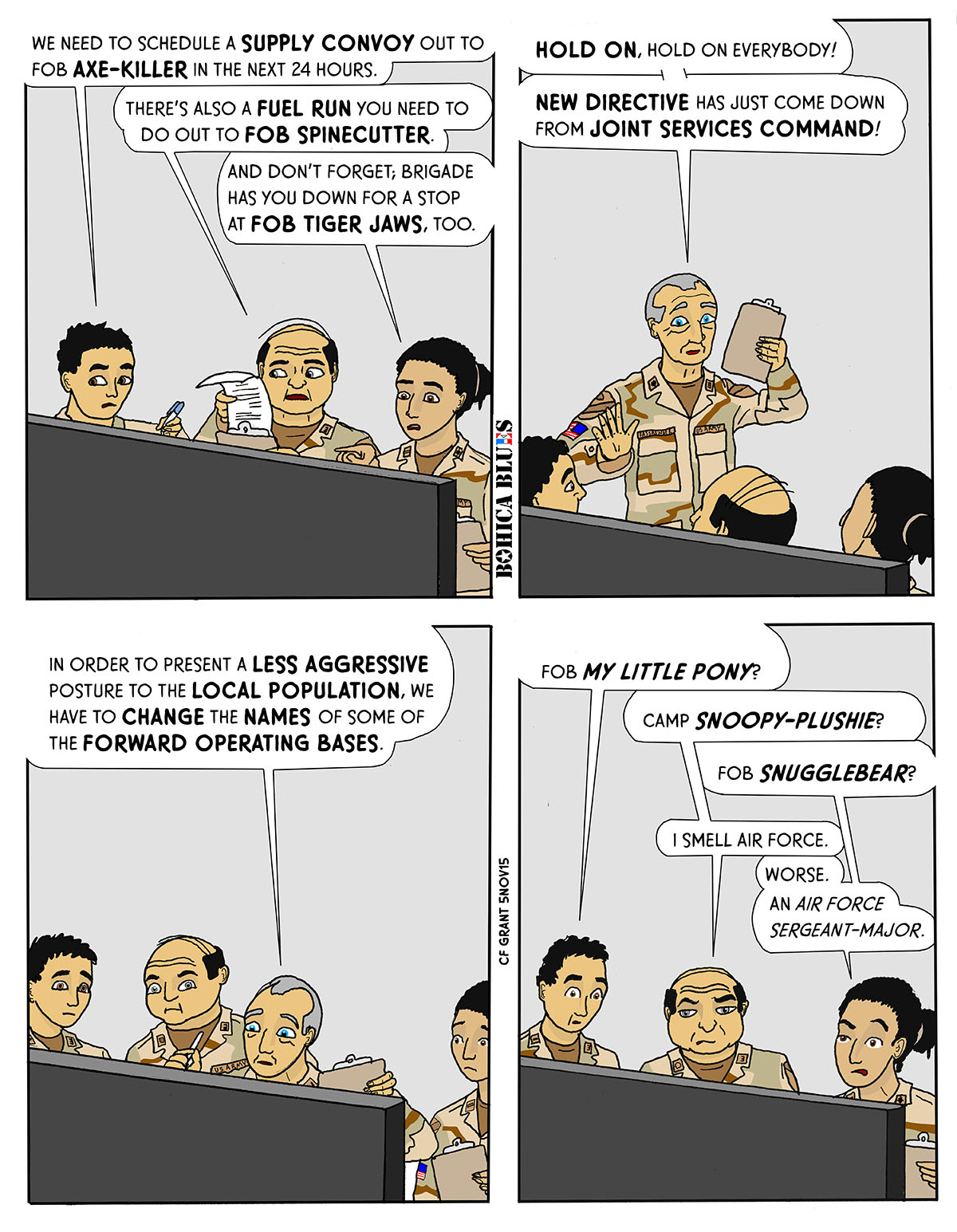 At some point, the names of FOBs (Forward Operating Bases) were changed. Few of the FOBs actually had names as aggressive as “Spinecutter” or “Axe-Killer”, but we were told that “Camp Victory” had to be changed to something else. We became “Camp Liberty” instead, because, you know, freedom and stuff.

We still pretty much called it “Camp Victory” or sometimes “Camp Victory North”, but that’s because there was another “Camp Victory” in Kuwait. Gradually, though, “Camp Liberty” became used (and more or less accepted) primarily because we had to differentiate ourselves from the base in Kuwait. So it got used more for practical reasons than for political ones. Still, the whole thing seemed silly, especially since the Kuwait base had been in existence since before the war (in fact, I think it was one of the launch points for the 2003 invasion) so they knew about it when the Baghdad base was established.

Still, when I first showed up, when Camp Victory (North) was still being built out of Saddam’s old game preserve, it was still seen as an extension of the US base of operations established at the airport, and called “BIAP”, for “Baghdad International Airport”. Yeah, real original. It was pronounced “buy-app” and that was what we were known as in early 2003, before becoming the northern “Camp Victory”.

So we had our third name change in less than a year. If any of that gives the impression of a meandering policy with a lot of “make it up as you go along” kind of theme, I would not argue.