Your Code Name, Should You Choose to Accept It… 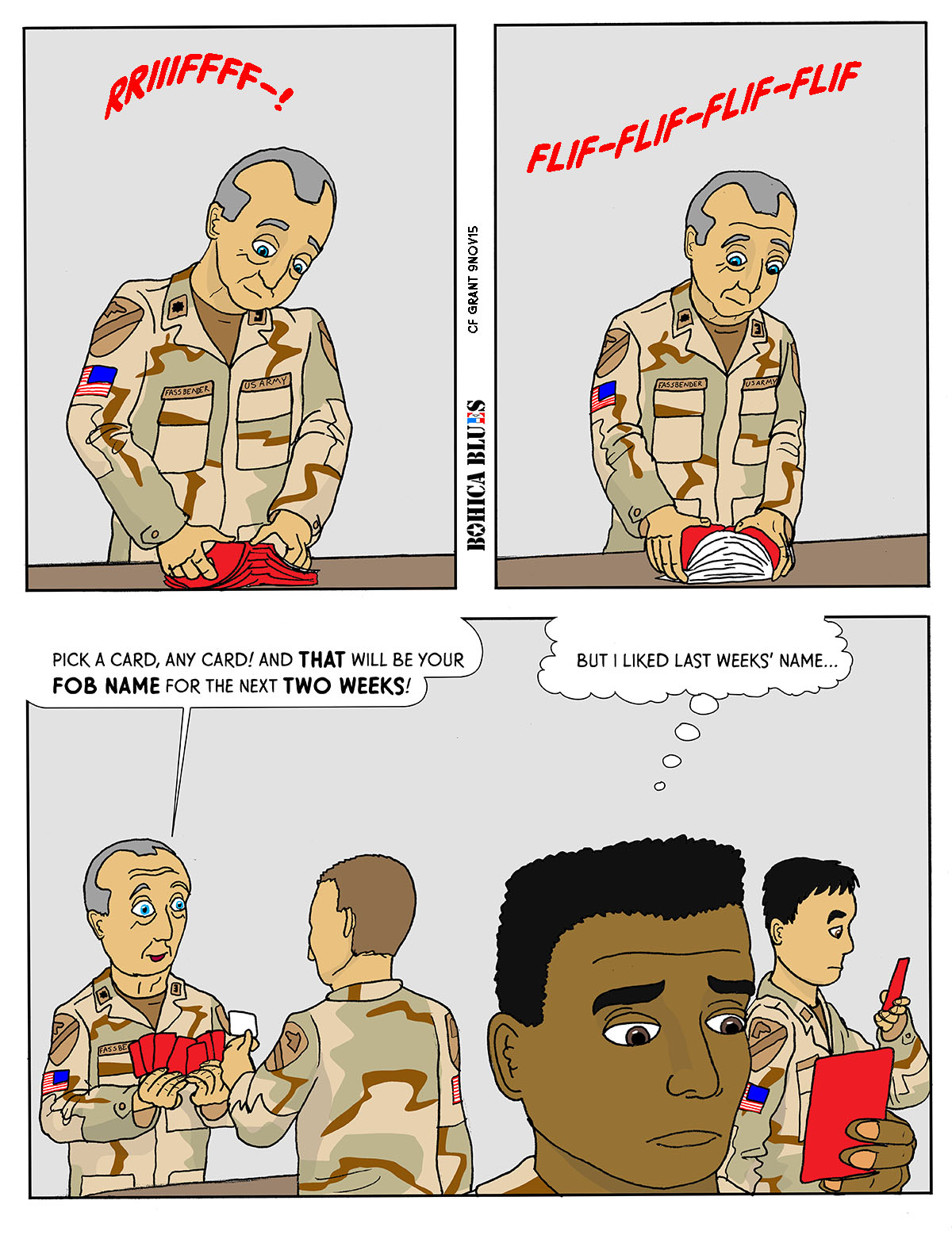 Your Code Name, Should You Choose to Accept It…

For awhile there, after the notion about re-naming FOBs (Forward Operating Bases) into things that sounded less violent or intimidating, we briefly went through a phase where base names were changed randomly on a rotating system– for “operational security”. I can’t believe someone let this idea get loose. The amount of confusion it created was immense; enough to make “Game of Thrones” look like a “Little Golden Book”.

And it’s not as if the enemy knew or cared what we called our bases. They probably already had their own code names for them, ranging from “the one next to the old factory” up to specifics like “where Crazy Hassan saw that windstorm that blew the porta-potty over with the imperialist inside it, haw-haw!” They weren’t going to change their code names just because we changed ours, but by gosh if one of our convoys got confused on the road and went to the wrong place, they’d sure take advantage of that.

Anyhow, people love their place names and those names become associated with people, events, and stories. Would the movies “Restepo” or “Korengal” be as enticing if they were called “The Place That Was Alpha-228 on Mondays Through Fridays, and Then Bravo 814 On Weekends”. I didn’t think so.