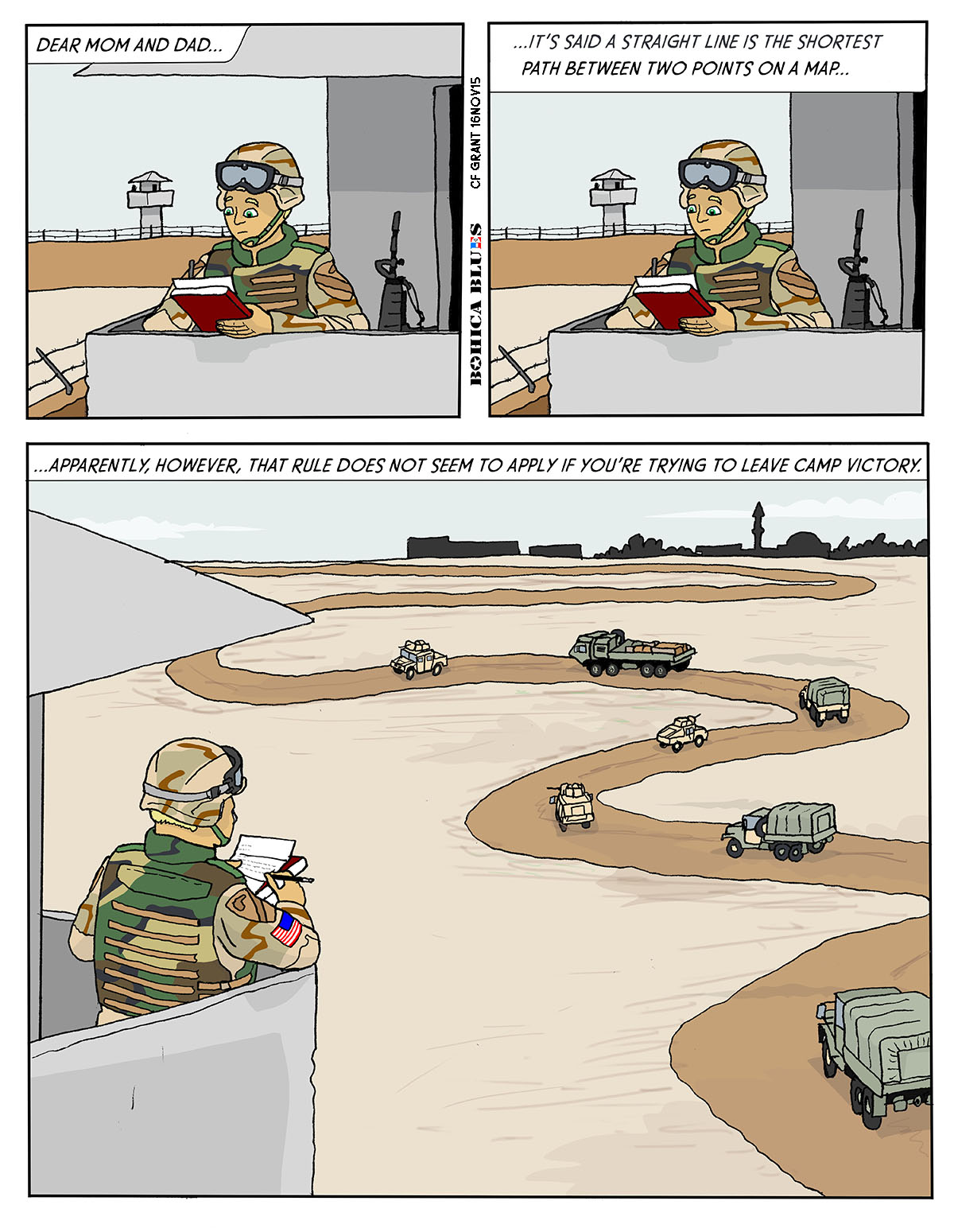 “There’s the right way, the wrong way, and the Army way!” –It’s an old joke but always seems to be spot on. The “Army way” is almost always not entirely right, but not entirely wrong, either.

In this case, whenever a convoy went outside Camp Victory/Liberty, we went outside the gate, and then drove around in this weird, winding road that went left, and right, and around little mounds of dirt and piles of debris. It was random and went nowhere, and made no sense whatsoever. We weren’t taking advantage of any cover, because the area was almost totally flat. There were no trees, no bushes, no rubble we were darting behind. It wasn’t to avoid IEDs (Improvised Explosive Devices/”Roadside Bombs”) because there was no way anyone could plant a roadside bomb without being seen, and we drove on the roads anyway so we weren’t “avoiding” them if they were there.

I drove outside like that dozens and dozens of times and each time we could see and be seen. The weird twisting round-about way of leaving made no sense at all, and there was no reason why we could not have just driven out across the field in a straight line.

It was… the Army way. Wasn’t right. Wasn’t really wrong, either. It just was.