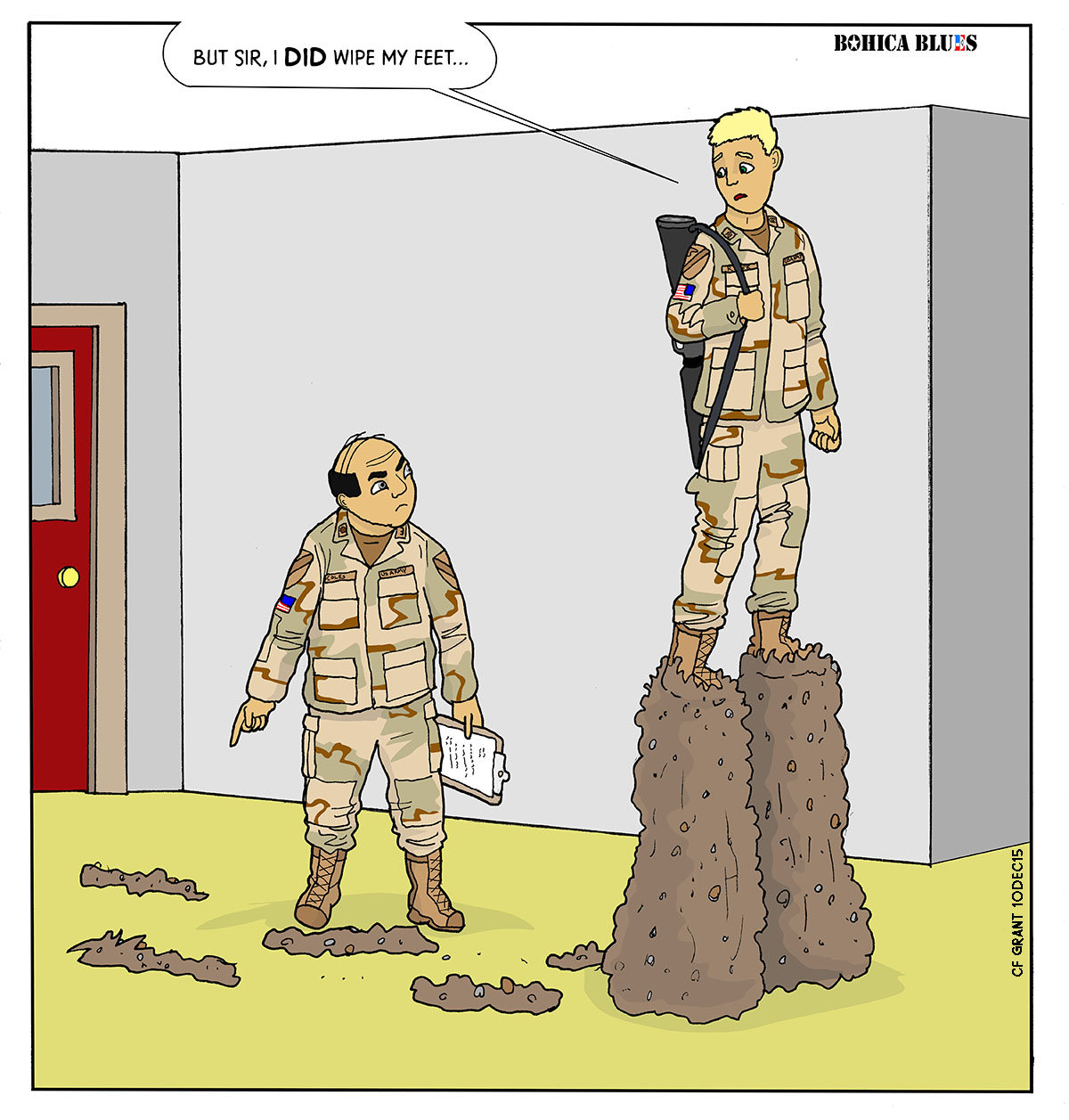 Once the rains started, you can imagine the mud and slop that resulted. The area we were at was once Saddam Hussein’s former game preserve, and it had been “carpeted” with a thick layer of roadbed-type dirt, sand, and gravel. Then our trailers were put on it. So this isn’t something that has had millions of years –or even several dozen years– to settle and compact. It was quite porous and soaked up rain, ready to turn to muddy soup. You couldn’t walk anywhere without accumulating a clod of mud and goop on your boots almost as big as a bale of hay (or at least it seemed like that).

I’ve spent most of my adult life coming to about 6 feet tall; one day and walked into the TOC (Tactical Operations Center, the “headquarters”) and felt distinctly out of balance.. My center of gravity had changed– I was taller and suddenly felt like I had an awkward relations to my usual sense of distance from the floor. I had accumulated enough mud on my boots that I had gained almost an inch of height. People who have worn an old pair of glasses for too long, then suddenly got new prescriptions, might know the feeling; that weird sense of gained height.

Most of it was the gravel, which added the real volume, but it was all held in place by the glue of mud that was almost impossible to scrape from my boots.