Take Our Minds Off it All 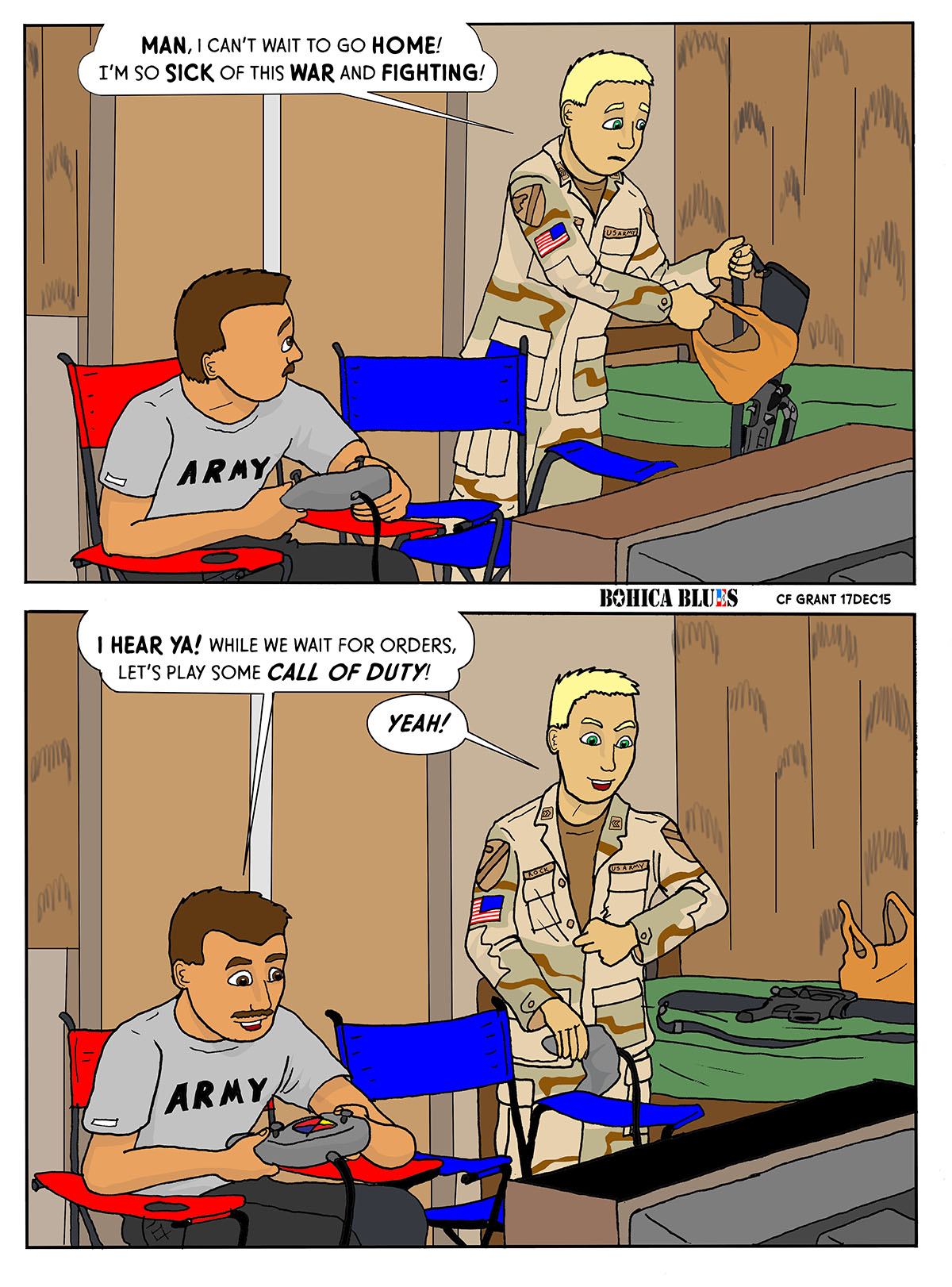 Take Our Minds Off it All

I enjoy my characters, but I have to admit that they are remarkably unburdened by much ironic self-awareness. Not only is it silly to try to “tune out” the war by playing a war game, but Joe is complaining about the hardships of war while coming back from the PX to an air-conditioned trailer and video games. As far as creature comforts go, we actually had it pretty good in Iraq. Certainly better than the guys in Vietnam, and definitely better than the conditions of World War Two, much less the First World War.

The first year of the invasion –2003– was pretty “standard” as far as war “lifestyle” went. Remember all the pictures of tired, weary-looking guys huddled up in muddy foxholes that circulated? And a year later we had cable TV, trailers, cafeterias, and strip malls with fast-food, at least on the big bases. It was amazing to see how incredibly comfortable it was. It’s also a little disturbing to see how easy it is made, too– the “normalcy” of the setting gave us an altered view of what war is like, in my opinion.