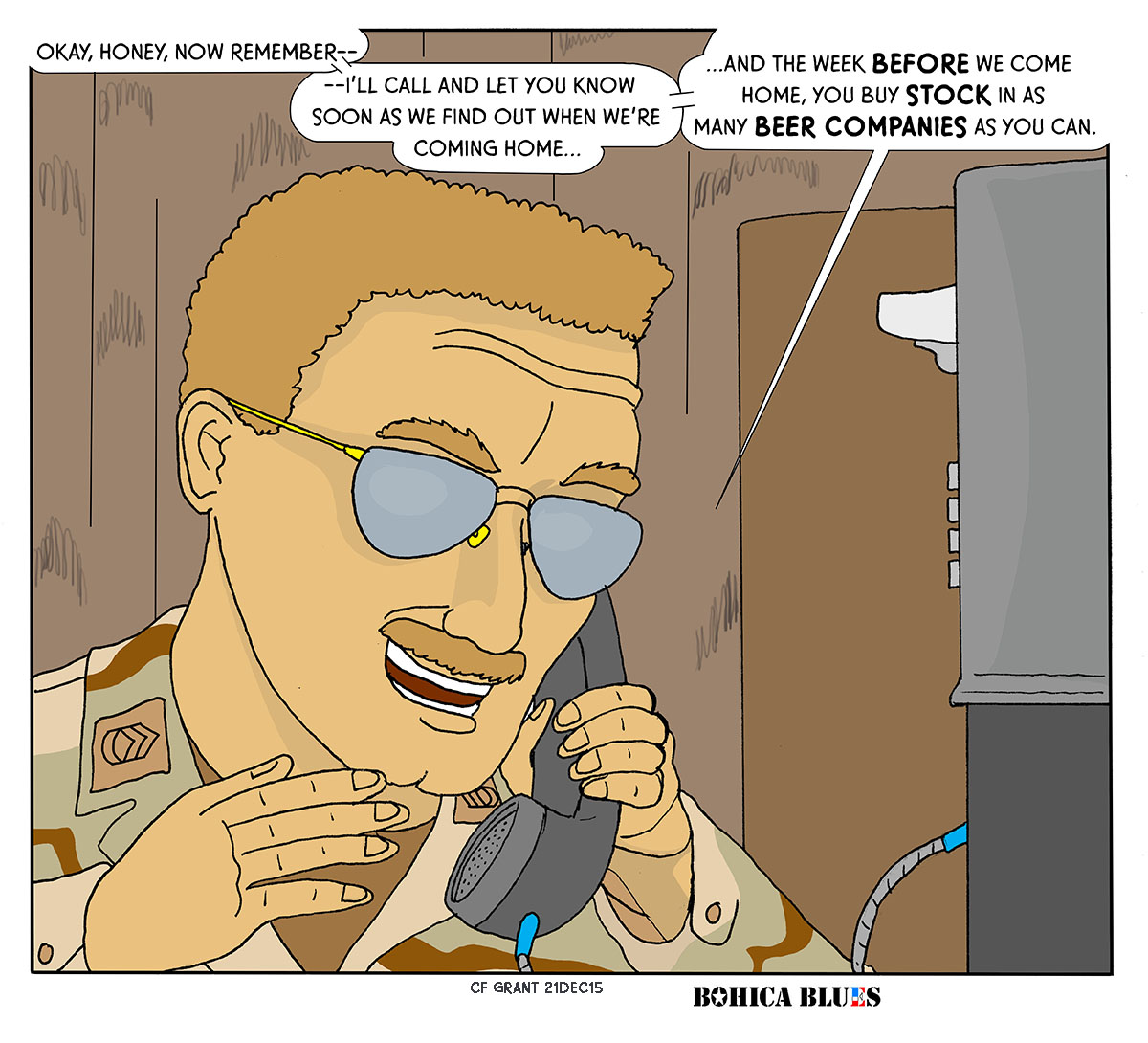 Ohh, had I but thought of it.

Actually, beer, wine and liquor stocks are a great investment, and frequently go up when the economy goes down. Imagine that.

Sergeant First Class Douglas Dawg is no fool; he knows that when a Battalion of Combat Engineers comes back from almost two years deployment, there’s going to be a run on local beer sales. As the rumors about going home start to fly, he starts finding a way to turn this to his advantage.

Comic-wise, I’m going to suss out a few more comics about being deployed before rotating them home. But BOHICA Blues won’t stop– it’ll keep going, since the “coming home” experience is as much a part of deployment as the actual deployment itself. So stay tuned.