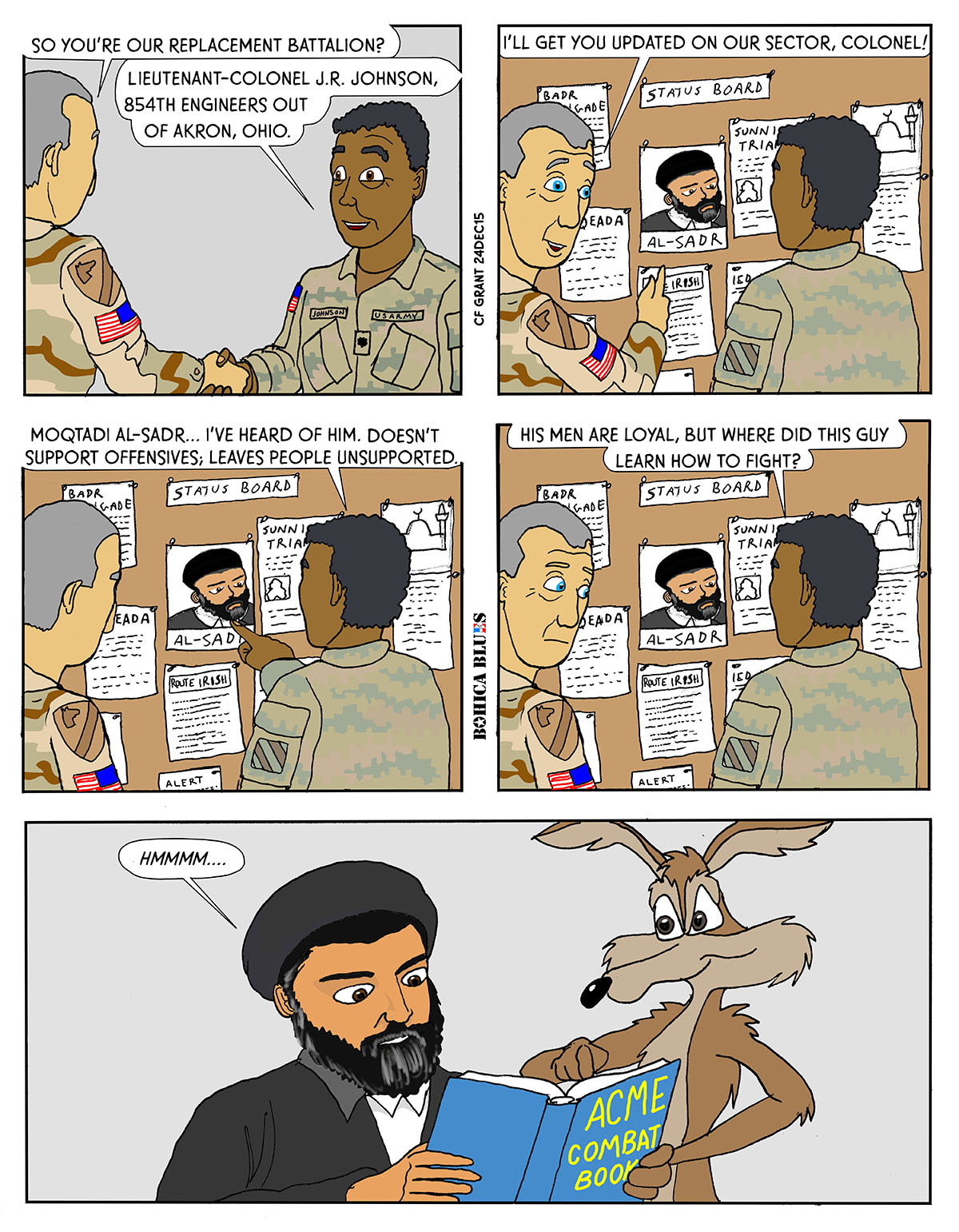 The new Battalion shows up! Something of a “Christmas Present” for the guys in the story– confirmation that they’re going home.

Moqtadi al-Sadr was (and still is, at least as of this writing) a local cleric in the Najaf region of Iraq. He raised the “Badr Brigades” (or “Badr Militia”) and typically harassed and attacked allied forces. I don’t remember what happened exactly, but there had been an attack involving the Badr Brigades one day that went spectacularly bad– I recall that it appeared the Badr guys made a lot of really Freshman-level mistakes and retreated, leaving people and equipment behind. They weren’t always inept, sometimes they carried out pretty effective attacks, but their main strength lay in loyalty and enthusiasm more so than real military prowess.

On the other hand, Al-Qaeda in Iraq was getting stronger, more organized, and better trained. The AQI guys (led by Abu Musab al-Zarqawi, who would have been killed in an airstrike by this point in the story). Of course we know now they were getting good advice, training, and financing from other Al-Qaeda elements, carrying out complex attacks on allied forces with technical skill. The Badr Brigades were not able to compete. And, since al-Sadr and the Badr Brigades were Shia’a Muslim, and not Sunni Muslim, the al-Qaeda guys weren’t about to share– in fact, if anything the two sides would have fought each other as much or more than they would fight the allied forces.

For awhile, al-Sadr was willing to work a sort of cease-fire with the allies, since he considered AQI a worse threat.

As for the comic itself, the 854th Engineers is a made-up unit. I did, however, once serve in a Battalion that was commanded by a Lieutenant-Colonel Johnson, and he had a Sergeant-Major named Johnson as well– no relation. We called them, of course. “Johnson & Johnson” but only after making sure they weren’t around first, since they hated that.