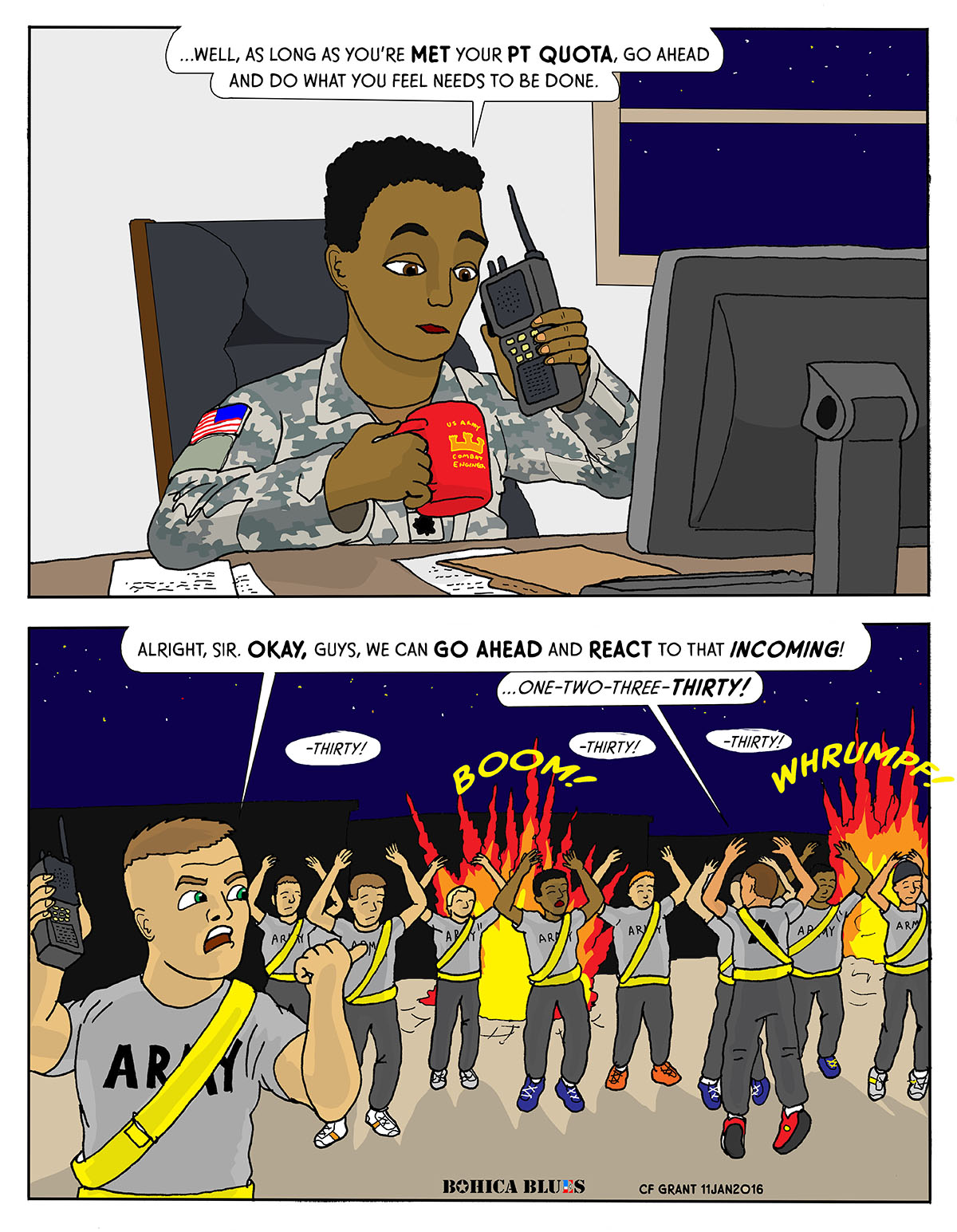 Each unit is shaped by the vision of its commander; sometimes for good and sometimes for ill. For example, if you have a commander who has a particular “pet project” he or she always likes to implement, then you will find that project coming up on your training schedule a lot. It might be just a quirk of that person (for example, someone who just really digs PT, or Physical Training) or it could be because a unit has lagged behind in something, so a commander decides to “fix it”, and may end up overdoing it a little.

In this case, we see a unit that obviously has a fixation on PT, to the point of avoiding other important things. Obviously something this crazy wouldn’t happen in real life, but we do sometimes joke about leaders being so devoted to certain pet projects that we’d end up doing them in combat (“make sure to dig the foxhole big enough to do push-ups in, ha-ha”). You can also see that everyone has to wear not just one, but two reflective PT belts. You can tell a lot about what a unit has had to put up with by how many PT belts they have to wear. Sometimes you just have to shake your head and feel sorry for those guys. And sometimes, you become “those guys”, and there’s pity enough to go around.

Anyhow, the new guys are going to start off with as many bad habits and naivete as the 213th did when they showed up. It’s like that every time. Sometimes it really seems to be that Iraq, like Vietnam, wasn’t a war we fought for multiple years, it was a series of wars we fought one year at a time.