The Perception of Effort 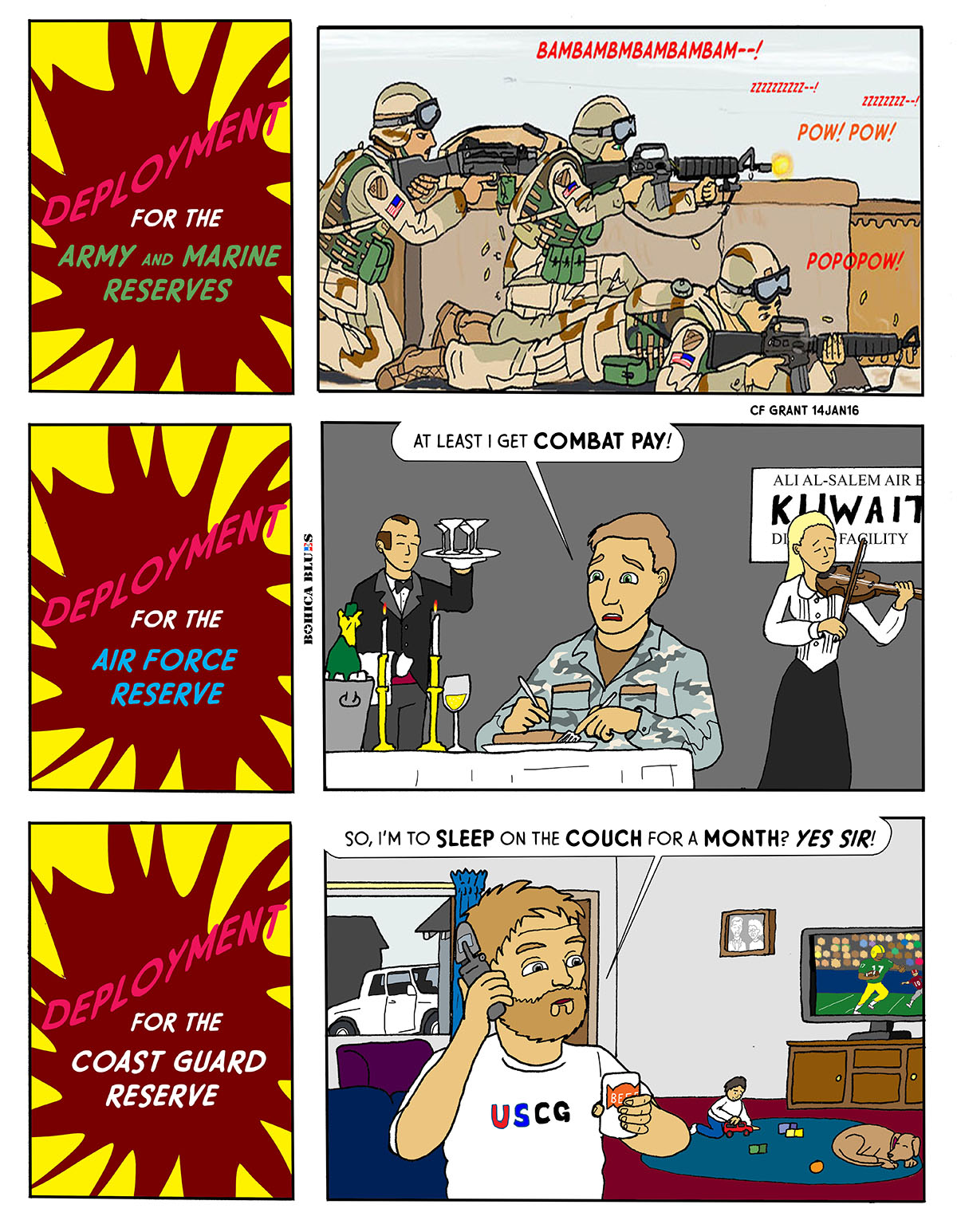 The Perception of Effort

Everyone in the services likes to point out (and complain about) who has it the easiest. Army combat units will gripe about how other Army rear-echelon units have it easy and “live large”. Basically, the infantry sleep in holes in the ground while units like, Finance & Accounting, get air-conditioned tents (if they deploy at all, that is). I suspect the same is true among Marine units (see how Terminal Lance treats their “water dogs”, or water purification units). Regular Army (and Marines) will then pick on Reserve and National Guard units, for being “half civilian” and having long hair and getting let loose from drill early to make it to Pilates class or something (that doesn’t happen).

But then you move out of your own service and think about others. Army typically will credit Marines with having things “about as rough” as us; Marines will probably say they have it a little rougher. Then we hear about stories of Navy ships with hot chow all the time, and even ice cream, and aircraft carriers with gyms and pizza and vending machines, and so we figure the Navy is much easier (I’ve met a lot of people in the Navy and the grueling “chore-based” workload and oddball hours actually make it sound like hell as far as I’m concerned, but…) The next step down is Navy Reserve, which we figure is basically spending your weekends going fishing.

And then there’s the Air Force.

If Air Force guys have to live on an Army base, it is rumored they get paid extra for having to put up with “sub-standard housing” (our regular daily housing) and primitive conditions. Air Force dining facilities are nicer, cleaner, and even have potted ferns in them (I’ve seen this at least once). Needless to say, you can imagine how we visualize Air Force Reserve and Air National Guard (“By jove, at least we don’t have to put up with screw-top wine, like those savages in the Navy!” they probably say).

But then I heard about the Coast Guard Reserve. For the love of God, are they even aware there’s a war on?