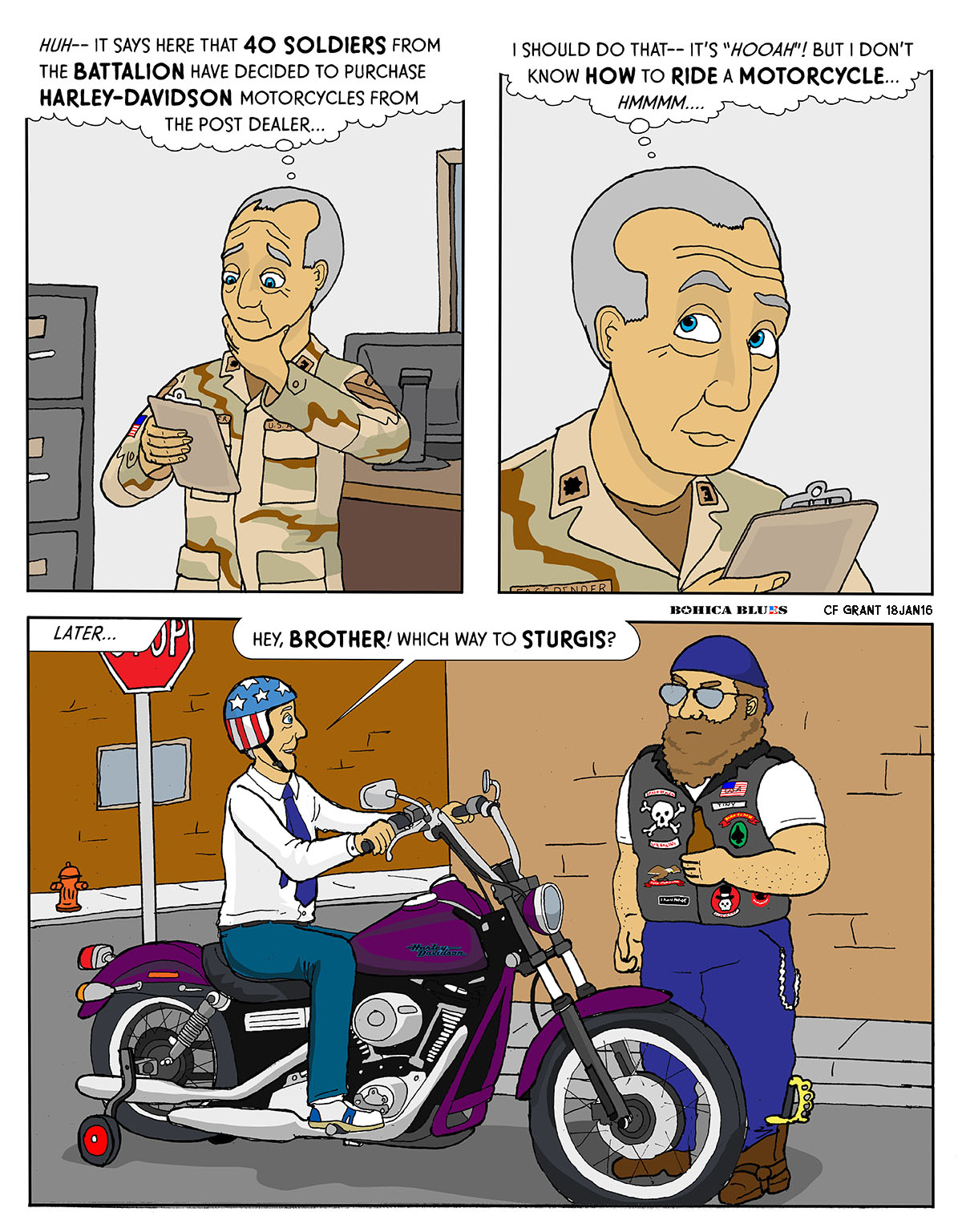 “Yeah, it’s on the corner of ‘Seriously?’ Lane and ‘You’re Kidding Me’ Avenue.” –Sturgis being the place where there is an annual gathering of Harley-Davidson motorcycle riders, and frequently reputed to have a bit of a rough side to it.

Yes, Harley-Davidson opened a “dealership” in Camp Victory. It wasn’t a dealership with a lot full of motorcycles, of course; it was a dealership with catalogs (I presume on a computer– I didn’t go there myself) from which you could pick the bike of your dreams and have it waiting for you when you get back home. It was a pretty smart arrangement, I think, although I am the type of person who prefers to test drive different examples before committing. If I remember correctly, there was also a Jeep dealership there as well, offering the same thing, and capitalizing on Jeep’s long-standing relationship and reputation with US forces.

It was an interesting insight into the bizarre relationship that US forces had with various commercial enterprises. The fast-food restaurants were one thing– they were civilians, mostly from KBR (Kellogg, Brown & Root, a Halliburton subsidiary) but inviting dealerships over for pre-sales of expensive vehicles seemed odd to me. The argument can be made that it boosted morale in some way but the partnership implies that military resources are being used to secure commercial salespeople from harm, and providing them a place to sleep at night and chow to eat.

Anyhow, so Lieutenant-Colonel Fassbender decides to get a Harley. He gets a Dyna, from which I had to use a visual reference. As long as the established, dedicated Harley rider doesn’t notice the training wheels, he’ll probably just answer the Colonel’s question with a sigh and a shake of his head.