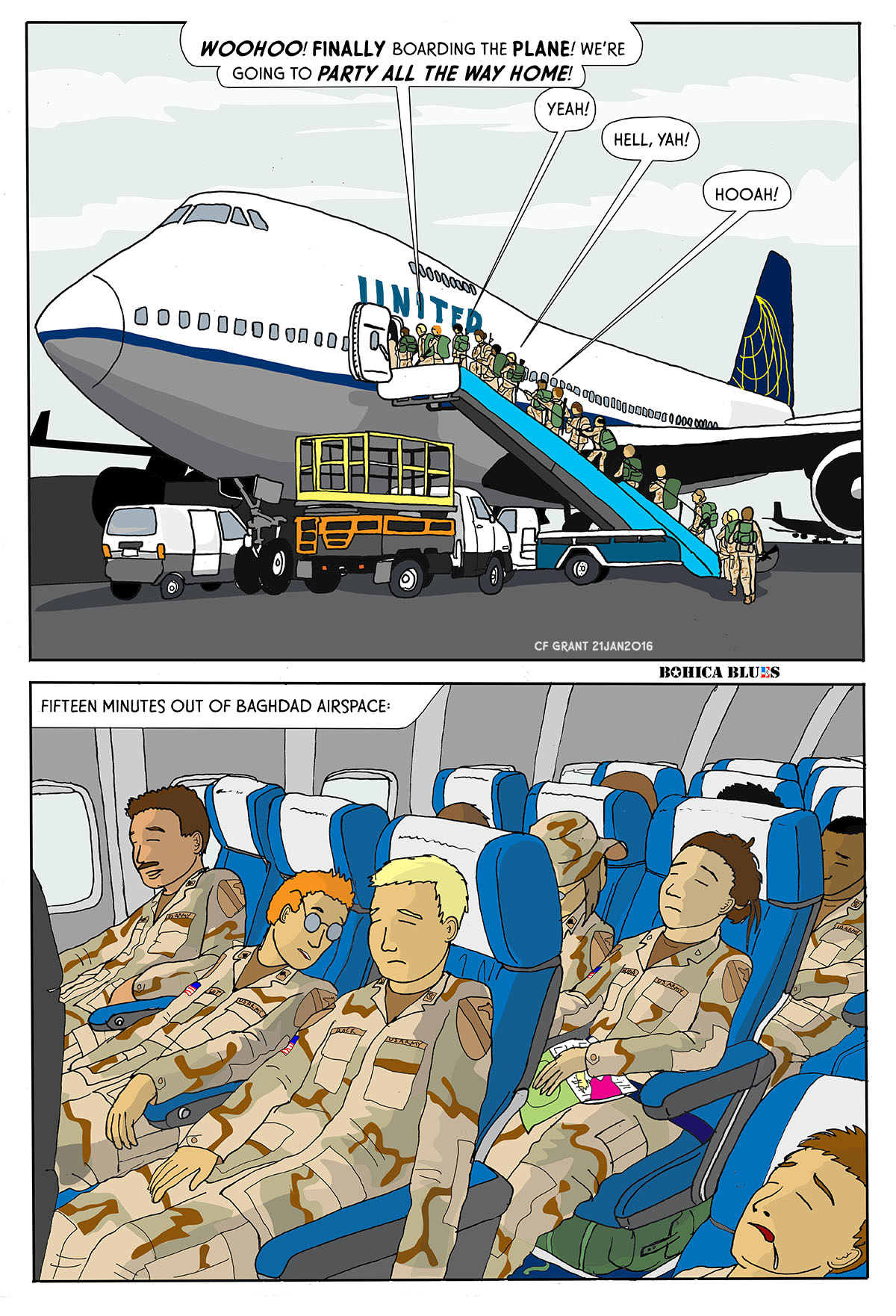 I’m surprised they lasted that long.

Were we truly tired? Nah. We were excited– going home! Getting on that plane we were amped. A few people cheered as the plane left the ground, I recall. I looked back at the ground receding away and saw the neighborhoods and routes and fields that had vexed us so. They were behind us now, literally, but would always be a part of us in a way, and some few of us left a part of ourselves there as well… in some cases, literally soaked into the soil. It was over.

Pretty much the next thing I remember I woke up, looking outside the plexiglass. It was dark, rainy, and there was no sensation of movement. I guess we were landed at Budapest for some reason. They weren’t letting us off the plane, so I went back to sleep. Then we were in Ireland, and on our way to Maine, and then back to Ft. McCoy.

I think the release of built-up tension was what knocked us out. At least it did for me.

Don’t worry; BOHICA Blues will continue– coming home is as much a part of the experience as being there.