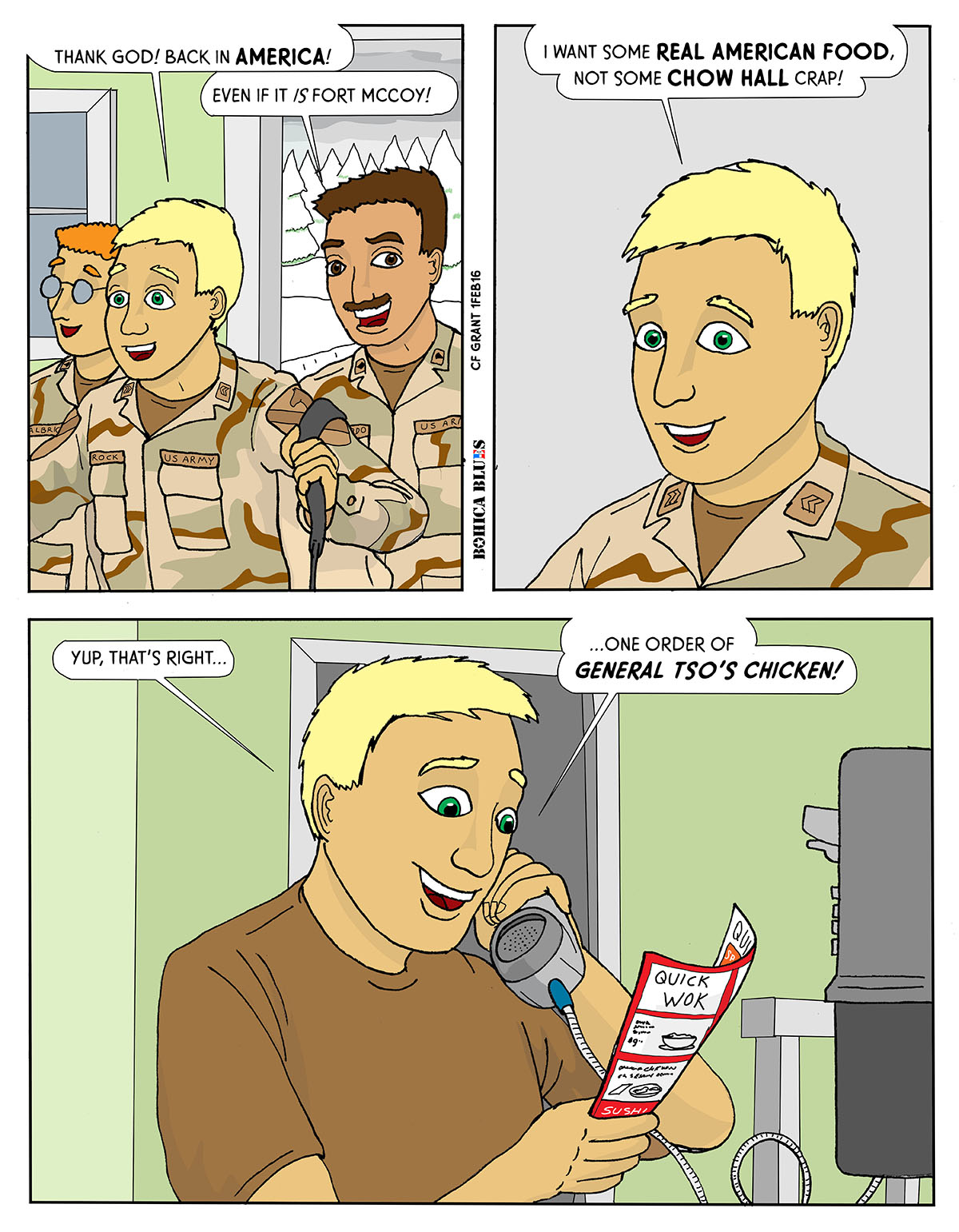 Seriously, the first thing I did when we got back was order up my first taste of “American” food– and yes, it was General Tso’s Chicken. Which, from what I understand, is actually pretty damn American.

Bear in mind what was said earlier about the food from the chow halls– it wasn’t exactly bad food, in fact it was pretty good quality, well prepared, and lots of it. It mostly just lacked variety. So the idea of getting Chinese take-out, even from Sparta, Wisconsin and probably deep-fried if MSG or whatever, was like a child cut loose in a candy store. Ever since then, General Tso’s has been my favorite Chinese dish, although I love just about any Asian chow.

I suppose it would be the same if a British soldier came back from deployment and couldn’t wait to get his hands on “English food”– a heaping bowl of curry or Garam Masala lamb.

Damn, now I want Indian chow. For those who went, what was the first thing you couldn’t wait to eat some of when you returned home and finally had control over your own food?