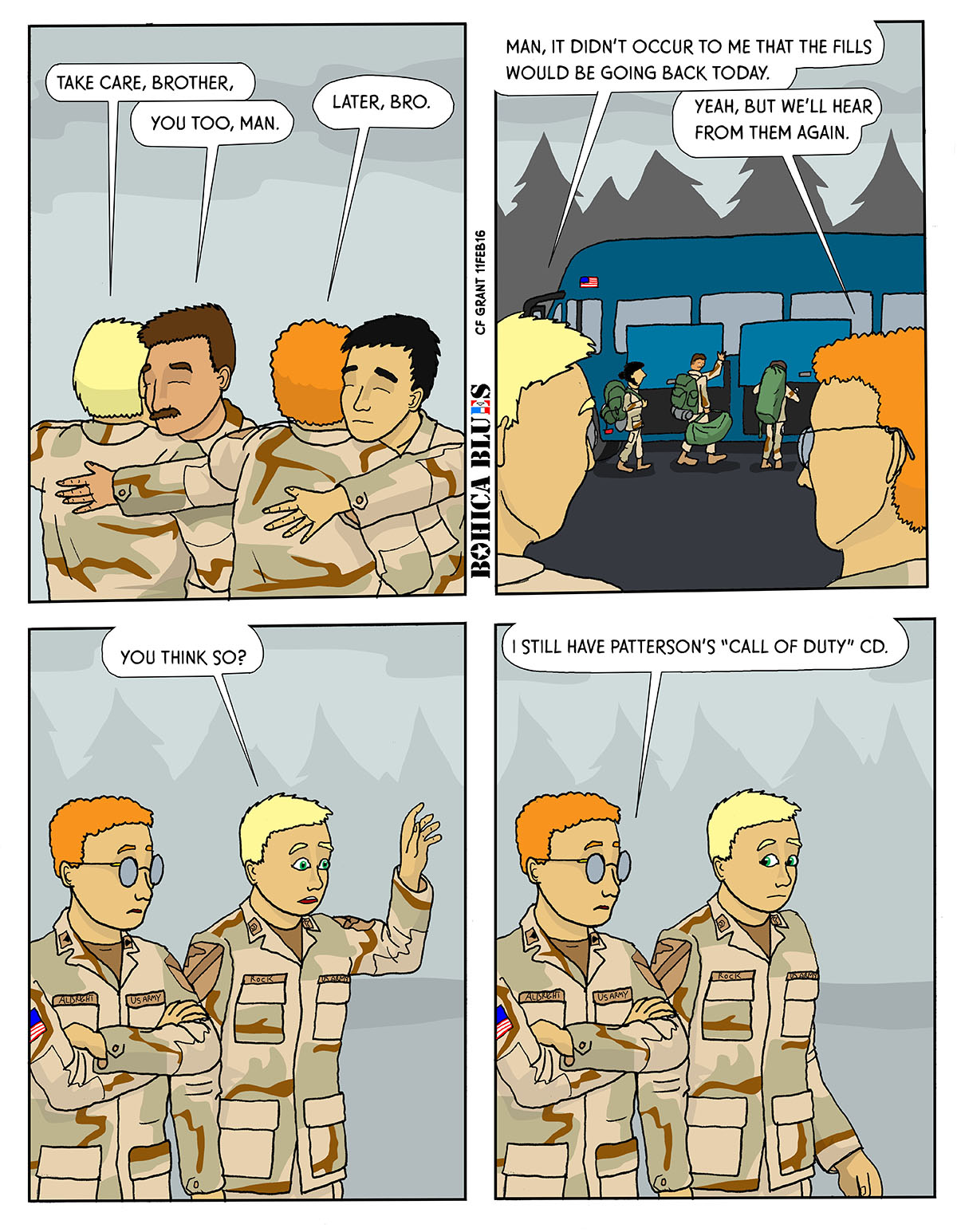 Well, that’s one way to make sure you hear from them again.

When we got back to Fort McCoy, I think a lot of us were expecting to be there for several days or perhaps weeks. I thought we’d be cleaning things, doing inventory, turning things in, going over paperwork… we did some of that, but it was handled fast. I think we were at Ft. McCoy for about three days– forgive me if, under the circumstances, it was just a dizzying rush.

While I use a certain amount of autobiographical detail for BOHICA Blues, there are also many significant differences. In BOHICA Blues, the 213th Battalion is supposed to be from Boise, Idaho and there are “fills” from other units around the country. In this story, they are rounded up one day, put on busses, and sent to the airport to return to their individual homes, while the 213th travels to Boise together later.

What happened in my personal experience was slightly different: I am from Boise, Idaho and I was the “fill” for a unit in Pennsylvania. We were told that the Pennsylvania guys would be going home the next day and they weren’t kidding– the next morning, right after breakfast, the Pennsylvania unit was hustled quickly onto buses and driven home. The “fills” (myself and numerous other people from around the country) were left at Ft. McCoy for a few hours. Still, we weren’t upset at the early departure of the Pennylvania folks– they went all the way back on the buses in a convoy. The “fills” were given individual plane tickets for their homes of record. So while (in some cases) “fill” personnel were leaving up to 24 hours later, we pretty much all got home before or around the same time.