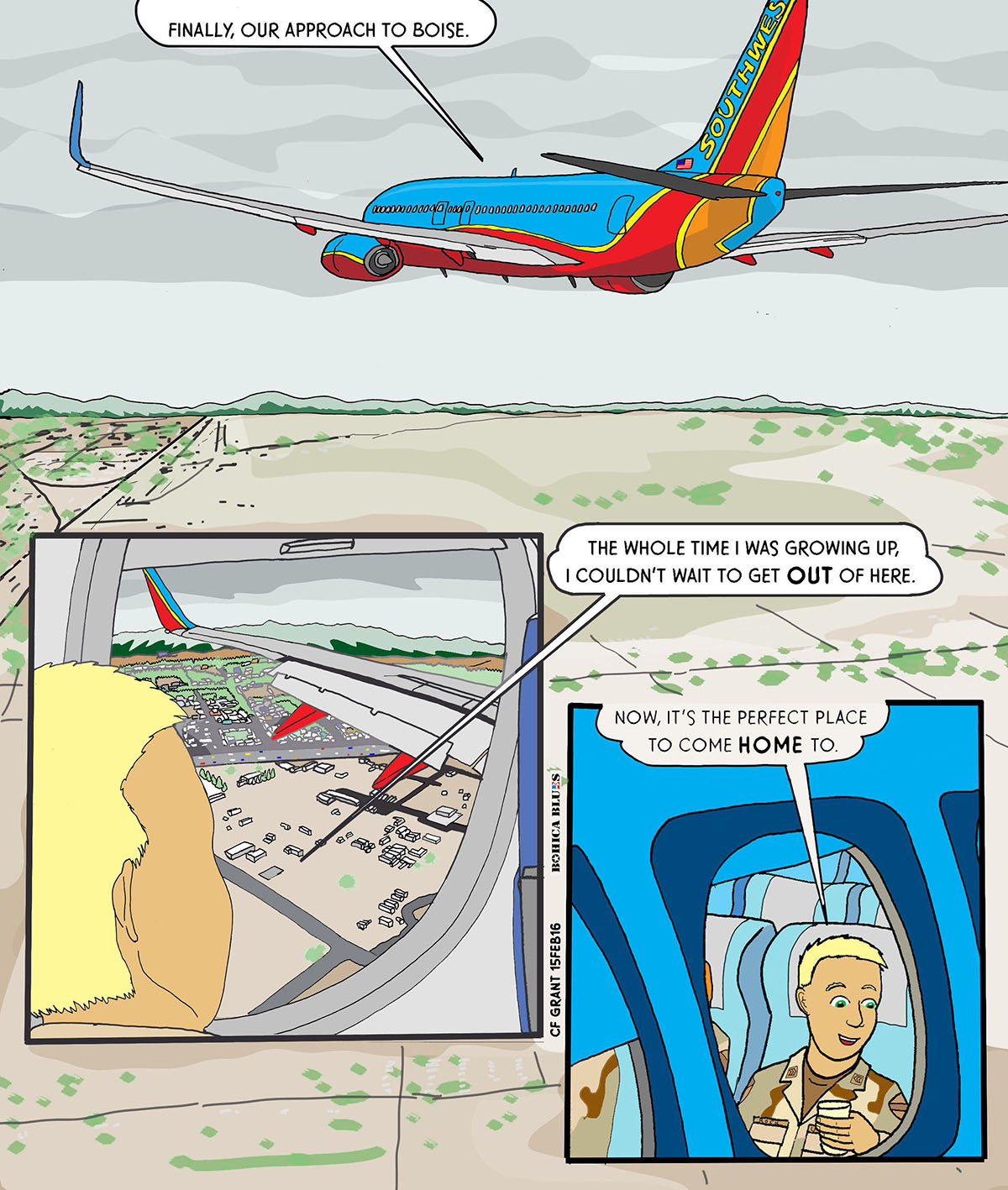 Boise, Idaho is in a high desert. We’re at the base of one of the Rocky Mountains, in a very wide, flat valley. We don’t get a lot of snow in the winters, but it does get cold, dry, and bleak. In the dead of winter, it is a series of greys and browns. And when you’re coming home after being in Iraq, it’s like coming to the Emerald City.

Of course, after a significant amount of time in the Middle East, take whatever temperature it is, and subtract about fifteen more degrees from that, and that’s what it FEELS like. But still, to walk down a street without having to worry about car bombs, snipers, or other sharp, pointy things flying at you… the bleak cold just doesn’t matter.