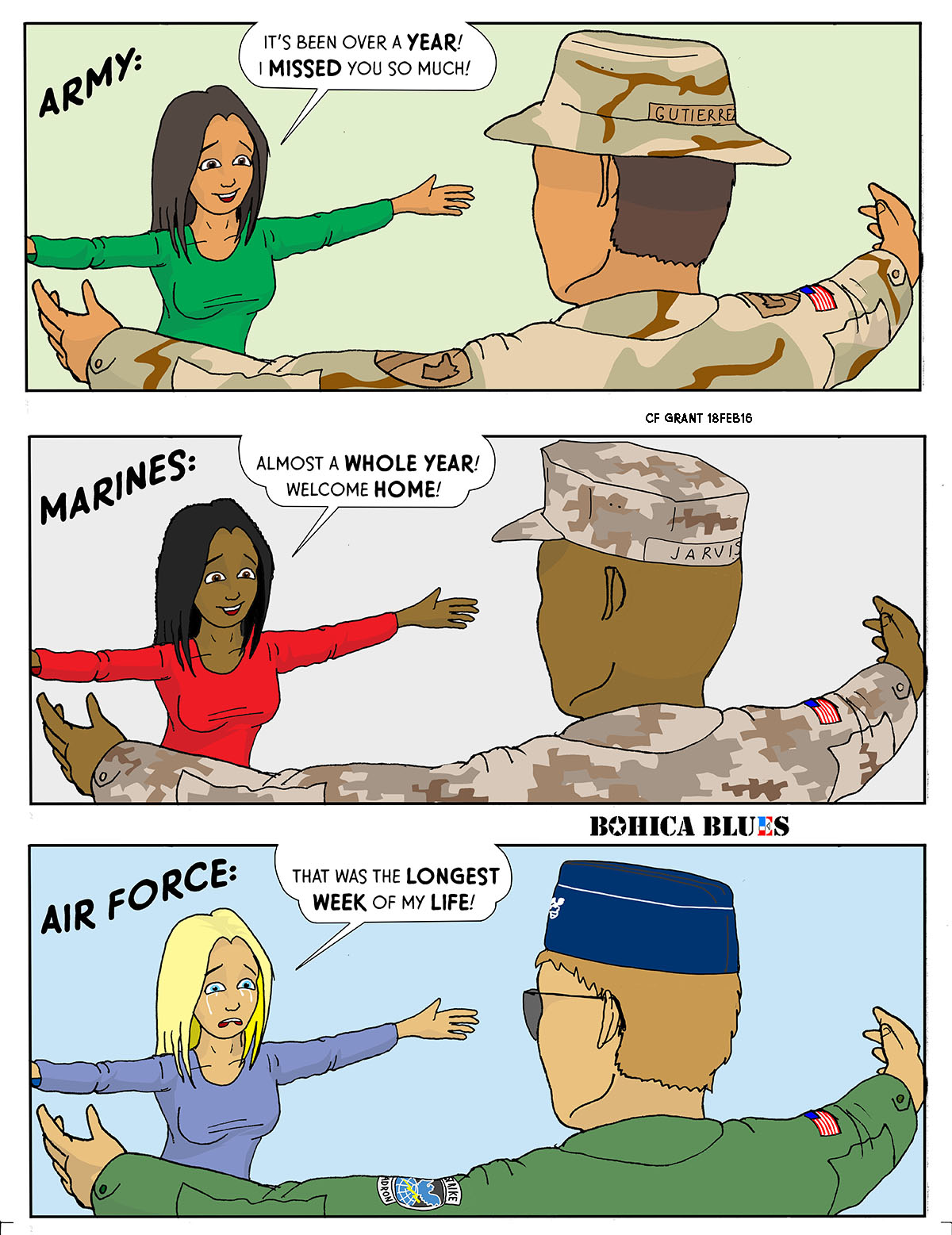 So I imagine this is what the reunions are like for the various services. Usually I don’t get into the whole “inter-service rivalry” thing but even the Air Force will admit that, compared to the other services, they get pampered. The typical Army deployment (which included Reserves and National Guard) was one year, and that’s one year in the deployment country– your train-up time at mobilization station didn’t count. Marines and Marine Reserve deployed for 7 or 8 months, and again, that didn’t include train-up time.

The typical Air Force deployment –at the time— was 90 days.