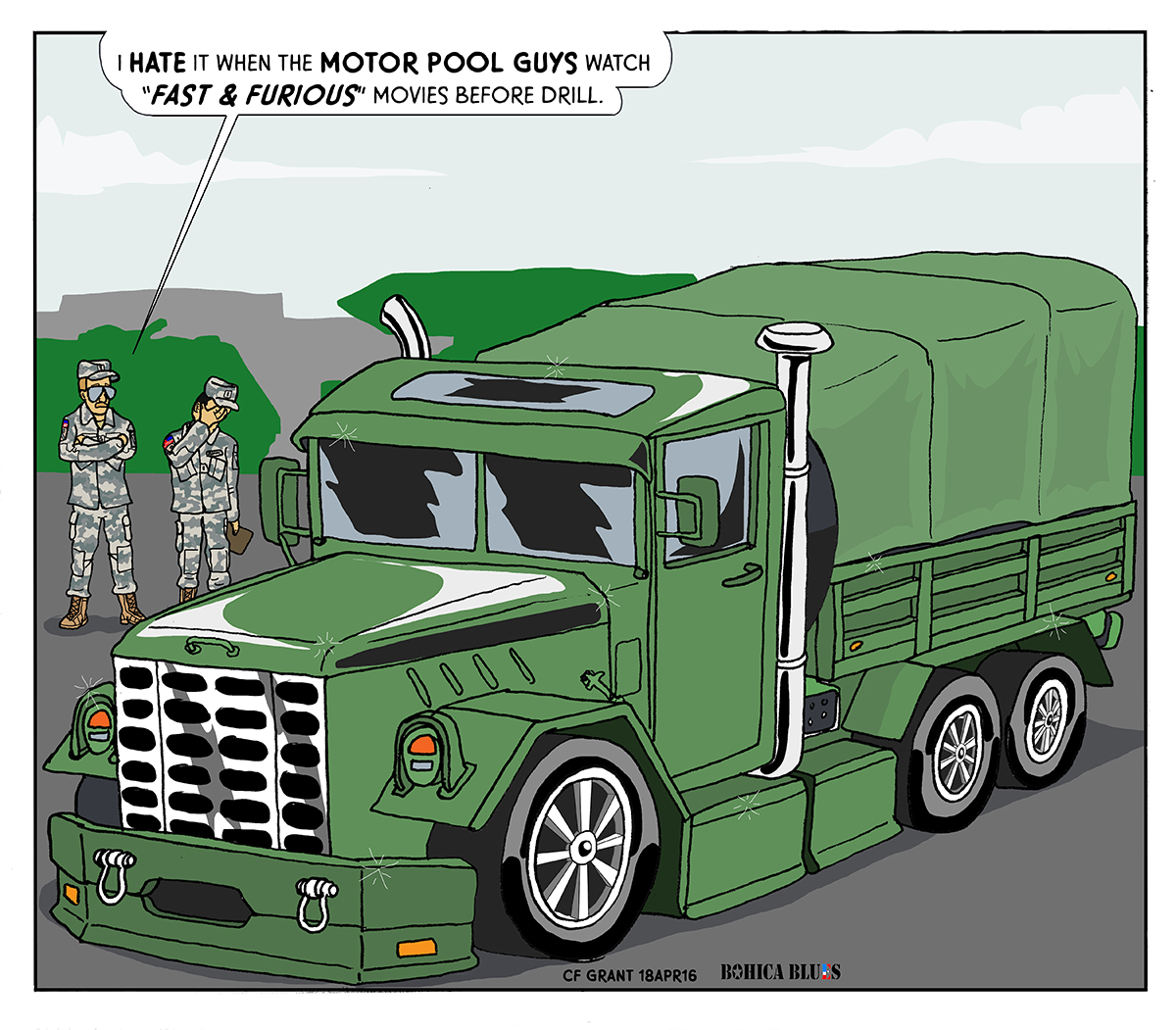 Military vehicles are supposed to be dull and have very unremarkable paint jobs, for obvious reasons. Of course this causes them to stand out in normal, peacetime civilian areas, but otherwise the non-reflective pain and lack of decoration allows the vehicles to blend into the natural environment. All this is very basic.

However, I mentioned once that I had caught the tail end of the Cold War, and that included a trip to Germany back when it was still divided between East and West Germany. Berlin was also divided into Eastern and Western zones, with the Berlin Wall running more or less down the middle. In the middle of West Berlin was a U.S. Army unit, the “Berlin Brigade”. I had a chance to visit their facilities, although at the time none of us knew that the stark East-West divide that defined our realities were going to be swept away very quickly.

But the Berlin Brigade lived in its own bizarre reality. It was a single Brigade, surrounded and deep in what was expected to be enemy territory. They lived, worked, and played in the heart of a major urban area, and so the expectations were different. I saw one of their trucks, a common Army field truck, but it was painted with a glossy, reflective green paint that seemed just plain wrong. It was in clean, pristine showroom shape, completely unlike the trucks I was used to. The Berlin Brigade was a high-visibility unit, and so even their dull field gear had look shiny and spotless.

So I always wondered, since then, what sort of hideous things might happen to a military vehicle that got the Auto Zone treatment by some over-enthusiastic motor pool personnel– some chrome, maybe some rim spinners, tinted glass, and a nice glossy shine. I don’t know if I’d be horrified or admire the amount of lipstick that went on the pig. Maybe a bit of both.