The Soundtracks of Our Lives 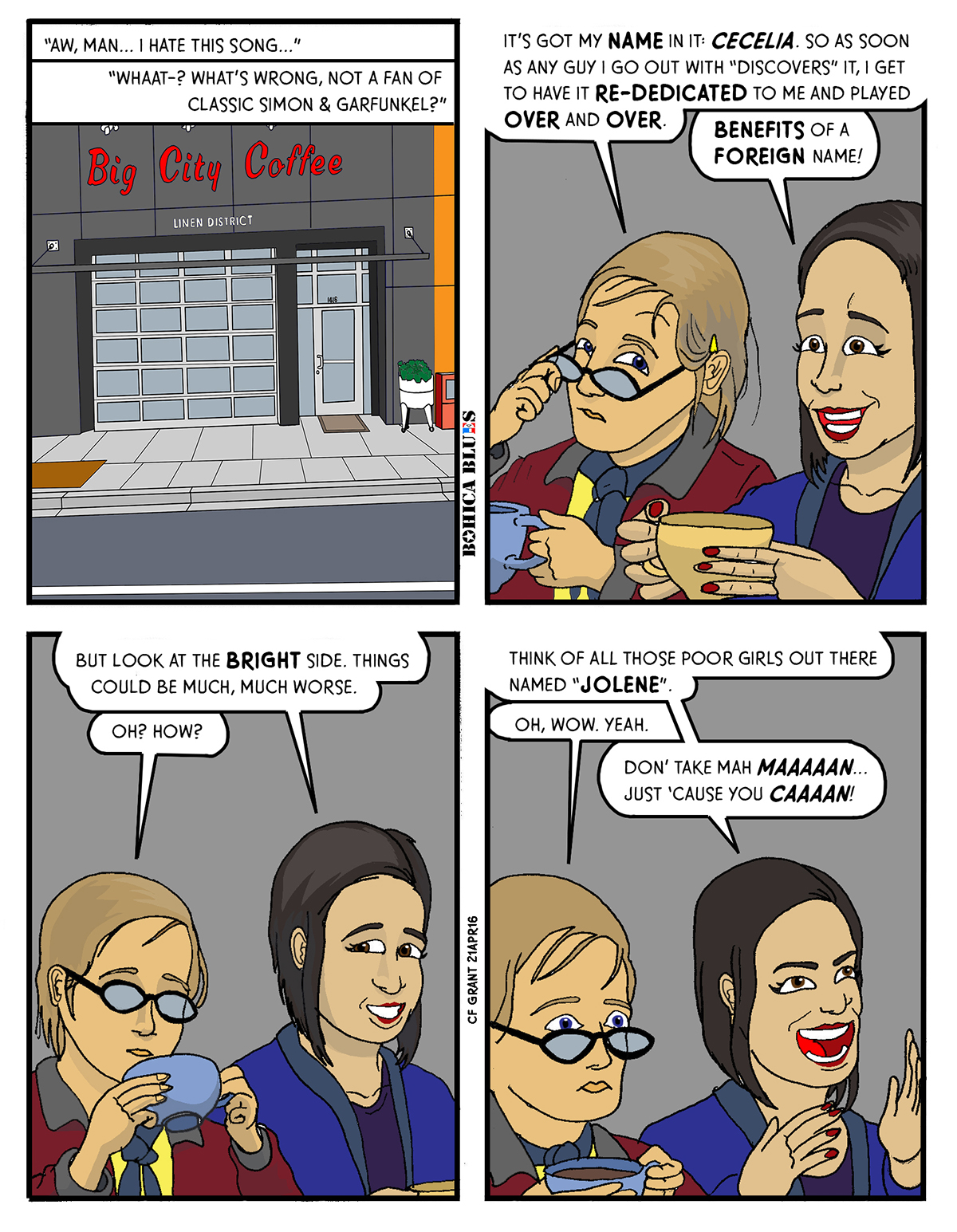 The Soundtracks of Our Lives

We haven’t seen these two for awhile so I thought I’d see what they’re up to!

There are so many songs out there with specific womens’ names mentioned in them… from fairly common names like “Amanda” to less widespread ones such as “Ophelia”. In this comic, it is 2006 and Cecelia has no idea that another song with her name in it is coming her way before too long. I hope the Dolly Parton song, “Jolene”, is still well-known enough to work.

Obviously not a comic intended for revealing secrets about military life, except to remind people that Reservists, Guards, and Veterans of all types all have regular lives where they talk about regular things. I’ve seen weird instances where people seemed to think that anyone who is in the military must be acquainted with anyone else in town who also happens to be in the military– I have to explain, sometimes, that Reservists and Guardsmen generally don’t interact, and we don’t really hang out with the Air Force or the Marines and so on, and when we do meet up, we don’t just sit around and talk about firearms or tanks or other service-related activities. The ones that only want to talk shop generally don’t get invited to the parties as much.