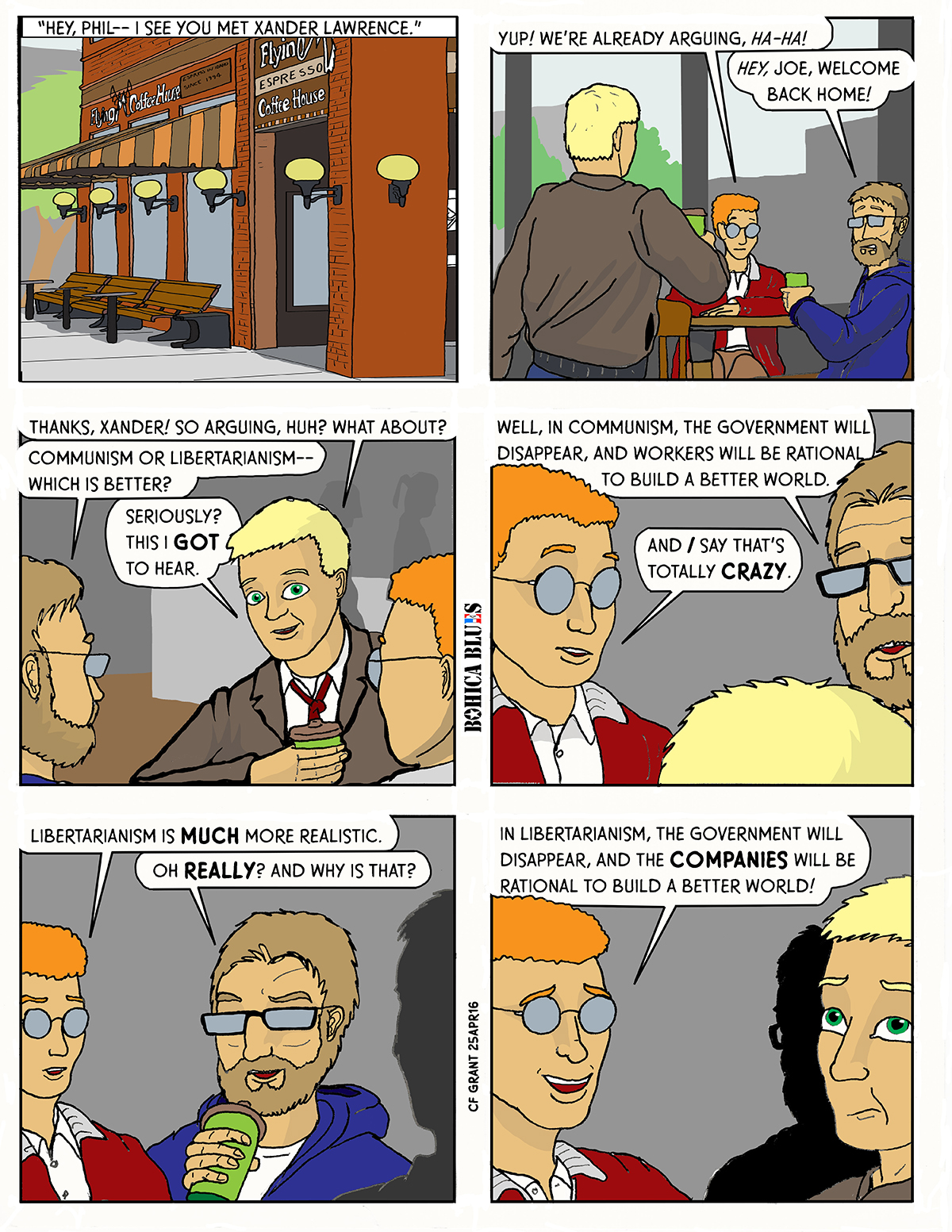 “So you see, in Communism, man exploits man, but in capitalism, it’s the other way around!”

OK, before anyone shows up at my place with torches and pitchforks, I’ll admit that I agree with a paraphrase attributed to Winston Churchill: “Democracy is the worst form of government, except when compared to any of the possible alternatives”. The truth is, every government or economic system looks perfect on paper. But once you add people –and their ambitions, selfishness, shortsightedness, or other reckless behavior– and it will, sooner or later, start coming apart.

Hopefully people will remember Xander Lawrence– he was the anti-war protester that Joe Rock met while on leave. He and Philip Albright each adhere to philosophical outlooks that they have read about extensively, but don’t always fully comprehend on their intended levels.