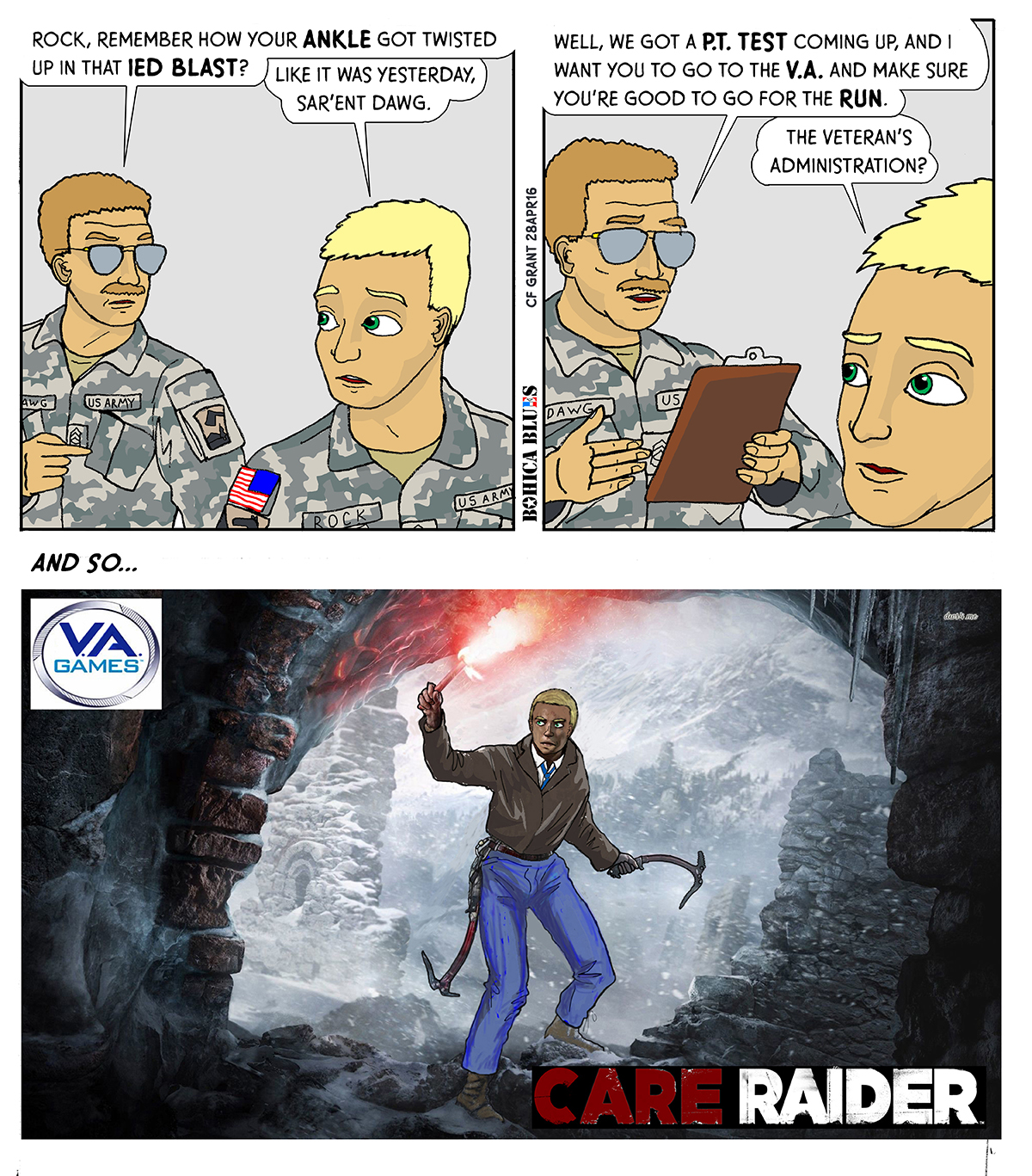 Ahhh, the VA, or Veteran’s Administration. It had to come up sooner or later, right? People love to joke about how difficult it is to get anything done (or done correctly) at the VA. The funny thing is, the actual care and services you can get are supposed to be really good– it the “getting them” part that is nearly impossible.

A lot of ink has been spilled on VA cartoons– getting an appointment requires jumping through fiery hoops or wading through crocodile pits, for example. But there is a video game out there called “Tomb Raider”– it is fairly well-known, and versions of the game have been around since around 1993. The main character is Lara Croft, and Englishwoman who is a world-traveling archaeologist. She engages in amazing physical feats to reach her goals: exploring caves, swinging from vines, climbing cliff walls, real Indiana Jones type stuff.

The character has recently had a re-boot, in 2013, and when I recently got a PlayStation 4, I went and got a copy of the new game. I find it loads of fun, and I think that there can be a lot more to portraying Veteran’s Administration care-seeking than “mere” fiery hoops or alligators. This can be a real Tomb Raider-style adventure, requiring as much determination and fortitude as the most fantastic treasure hunt. I took some screenshots of the 2013 Tomb Raider and the soon-to-be-released new game, “Rise of the Tomb Raider”, which is already out on XBox but won’t be on PS4 for a few more months. Stay tuned for another episode of “Care Raider” next week.

Also, there is a famous (or infamous) game company called “EA Games”. The Tomb Raider series is made by “Square Enix”, but I couldn’t resist toying with the logo to make “VA Games”.