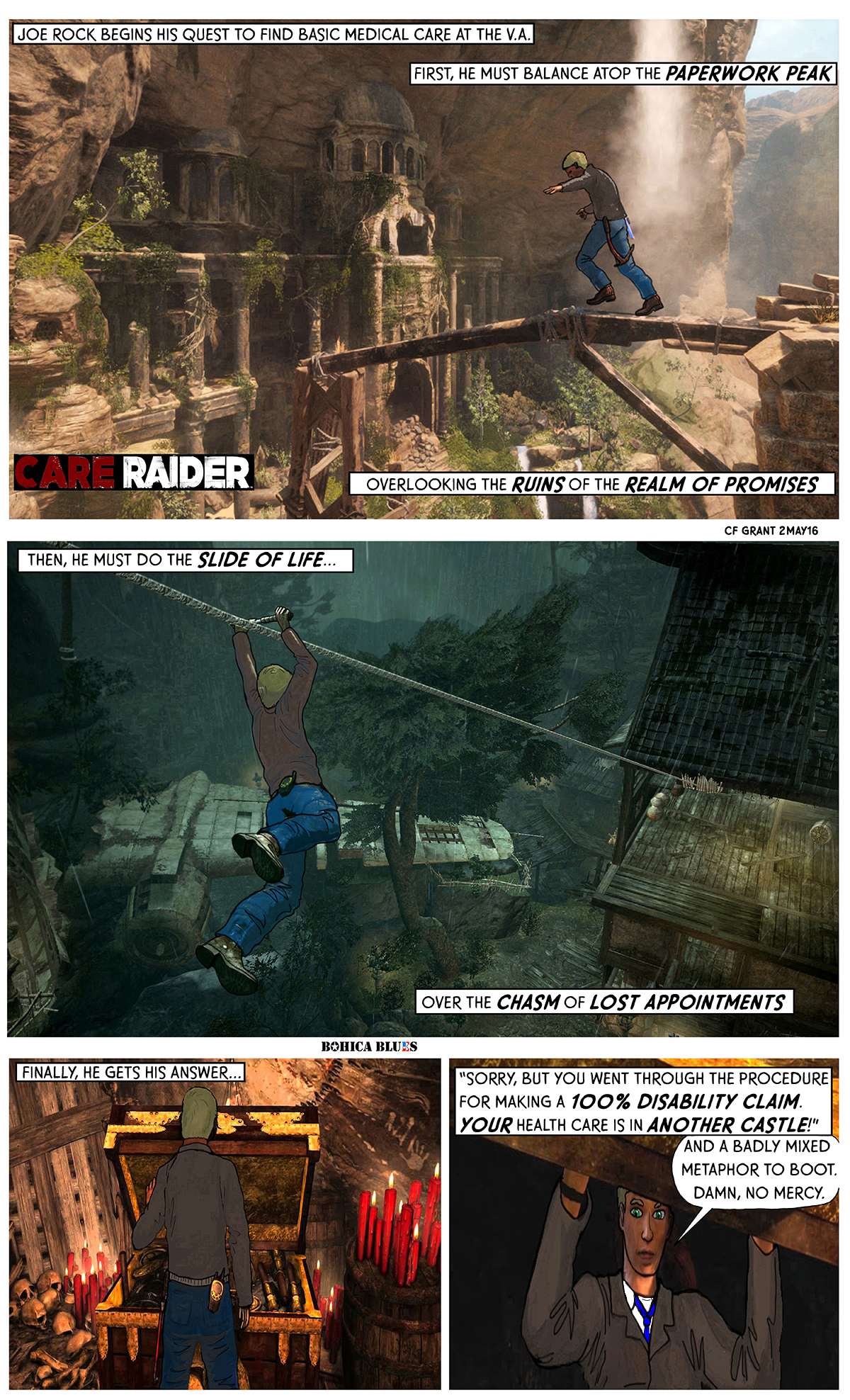 I’ve mentioned before that BOHICA Blues won’t become “one of those video game webcomics”, of which there are thousands out there. However, I also said before that since people of all walks of life play video games of one sort or another –from the casual 15 minutes of “Angry Birds” or “Candy Crush” on a smartphone to a 72-hour marathon player of “World of Warcraft”– occasionally these will come up in the comic. It was fun experimenting with the art style and doing layer art of Joe Rock over the character Lara Croft, but this use of art overlays won’t become a regular feature of the comic.

The “mixed metaphor” Joe refers to is the “Your health care is in another castle!” is what happens to Mario at the end of Super Mario Brothers 1, where Mario appears to have defeated all the levels in the game only to be told that he basically sacked the wrong castle and must move on to the real target. I was originally going to do a video game overlay of Joe Rock in the Mario Brothers world, but I’ve never played those games and felt more comfortable working with Tomb Raider.

I do hope the folks at Square Enix and Crystal Dynamics have a sense of humor. I just finished the 2013 game and loved it; so consider this an homage. Now I just have to hope I never need critical health care at the Veteran’s Administration, because someone will be there saying, “I know you! You made those cartoons about us! Well, guess what… you don’t need no stinkin’ kidneys! BWAhahahaha!”