Meanwhile, Back at the War 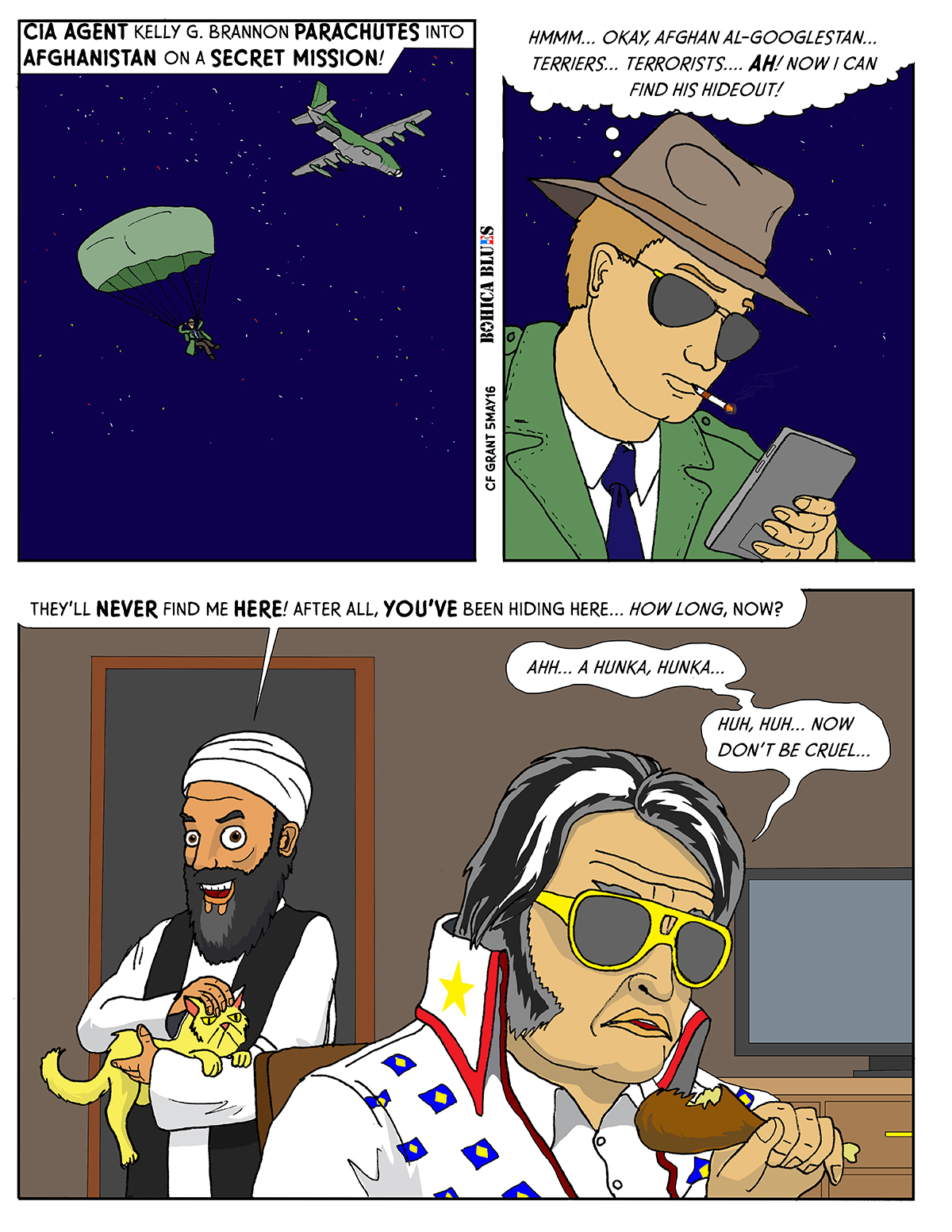 Meanwhile, Back at the War

Of course, the whole time veterans were cycling back home, the war was ongoing. I’ve mentioned before how oddly (and at times, disturbingly) disconnected the American population seemed to be from the war going on in Iraq; even more forgotten seemed to be the war in Afghanistan, the “original” fight precipitated by the terrorist attacks in September of 2001. And even more forgotten –under the war itself, and the Taliban, and everything else going on– was the ongoing search for Osama bin-Laden, the mastermind behind the attacks. It was distraction layered upon distraction, with at one point the Administration even labeling bin-Laden as “irrelevant”.

At the time, no one knew where bin-Laden was; the popular theory at the time was that he was hiding in a cave somewhere in the mountains of Afghanistan or northern Pakistan. And there may very well have been a time when that was true, even though he was later found in a Pakistan suburb. But wherever he was, he’d effectively disappeared, gone to wherever it was that famous or infamous people go when they are off the radar. I had to guess that he was hiding in the same place where Elvis was reputed to be hiding, because for a long time, he was another high-profile person that was rumored to have faked his death and gone into hiding.

In this comic, a model for an elderly Elvis is provided by Bruce Campbell from the movie “Bubba Ho-Tep”. That is a weird movie, which I was fortunate to see once while in a sleep-deprived state, and probably for the better.

In the meantime, happy Cinco de Mayo, or as college students across the United States call it, “Drink-o de Mayo”.