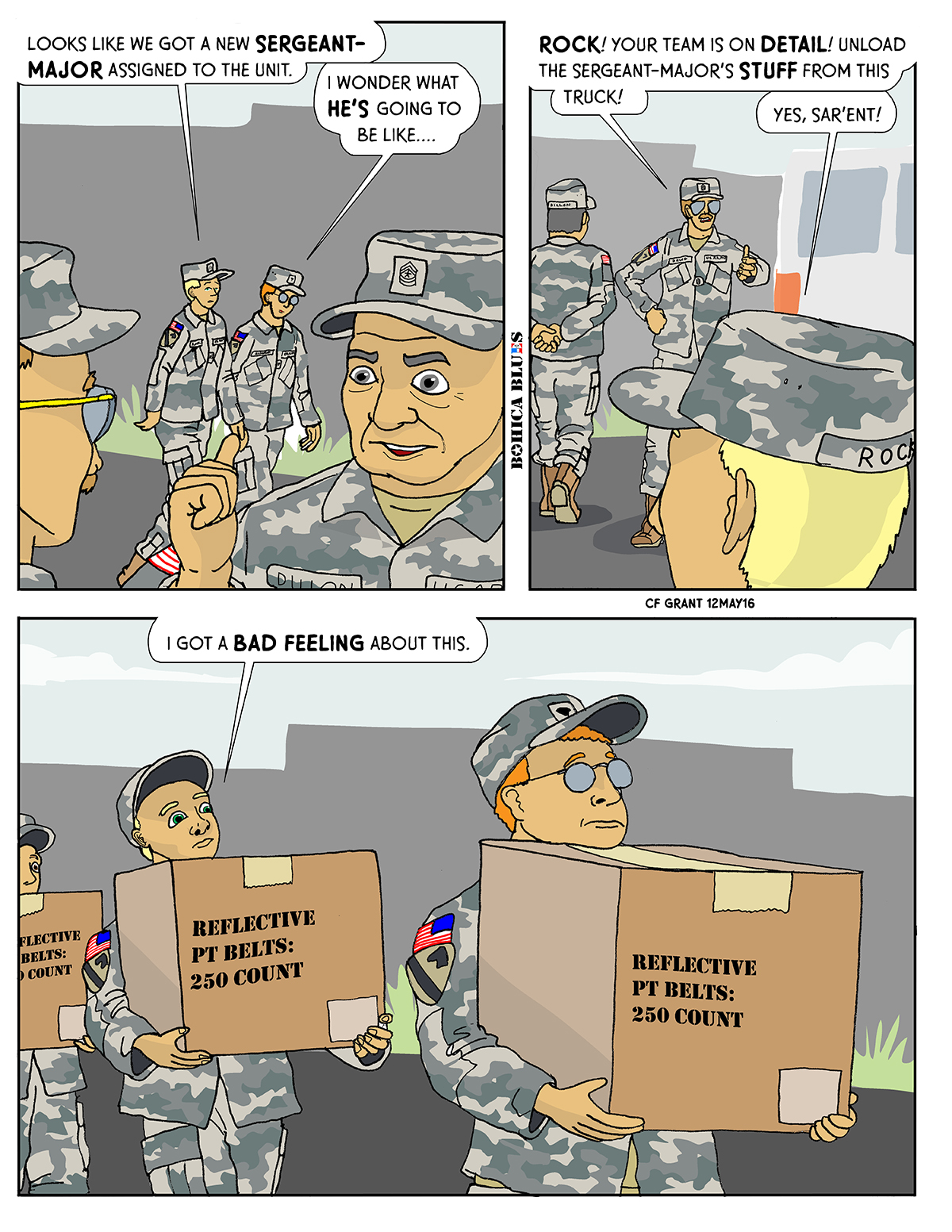 Ohhh, boy– it was only a matter of time before a new Sergeant-Major arrived, and when he does, he arrives loaded for bear.

Remember, the previous Sergeant-Major, Rufus Hoddson, was a “fill”– he wasn’t a “native” part of the 213th Battalion; he was mobilized from Pennsylvania to fill a vacant seat before the unit went to Iraq. Now that the unit is back at what’s known as their “home station”, a Sergeant-Major is assigned to them. The unit is in a period of stabilization, in which they are guaranteed to have a year off from the threat of deployment, precisely so losses in personnel and equipment can be filled and integrated into the unit. So, the unit gets Sergeant-Major Dillon, someone unknown to them, and he will likely be with them for at least a couple years or more.

Sergeant-Major Hoddson, despite some of his unusual quirks, apparently wasn’t enthusiastic enough about reflective PT belts, and now SGM Dillon is here to “correct” that.