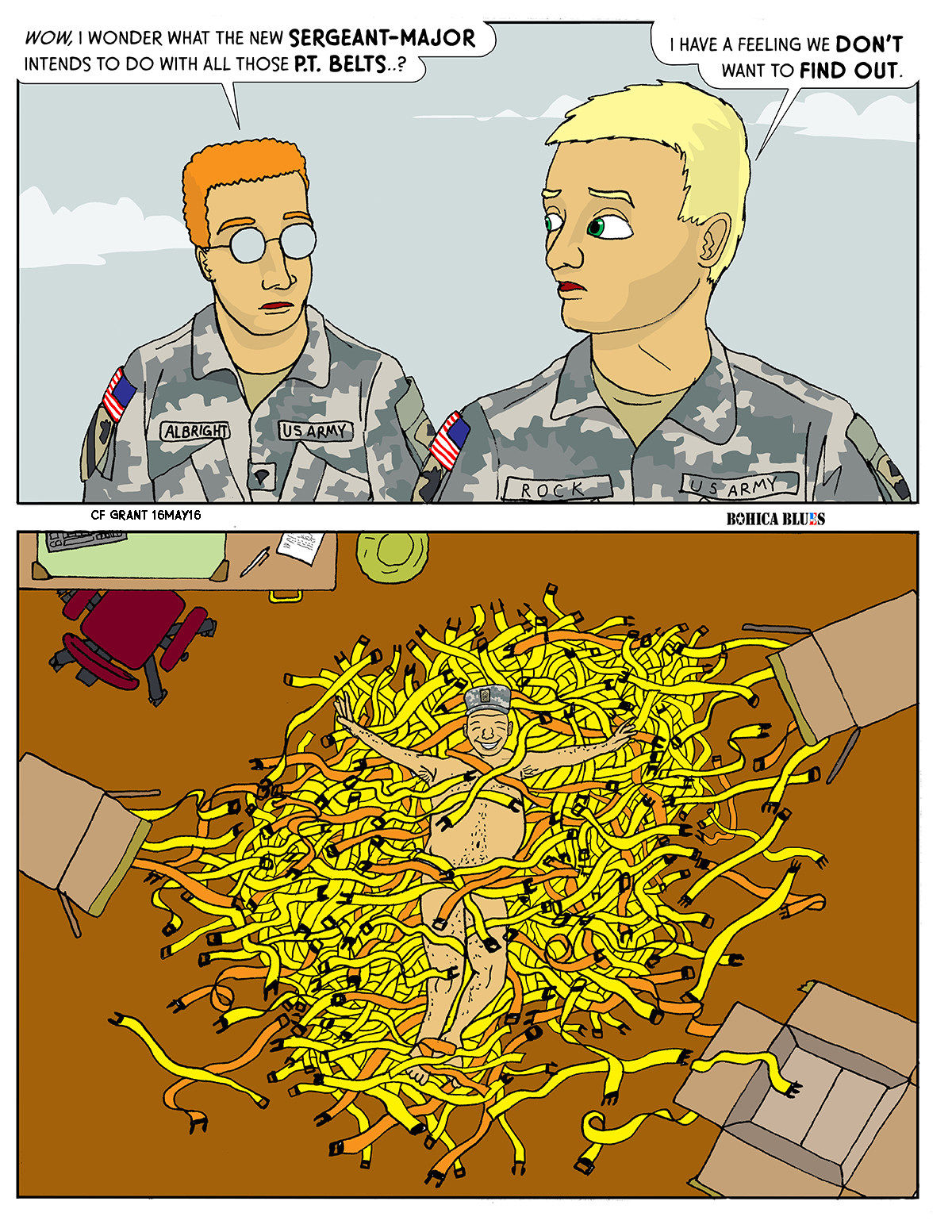 Sometimes you work with (or God forbid, for) one of those people who just revels in their work so much you can’t help but wonder if they don’t do something crazy, like come in on their off days and spill their work all over the floor to roll around in it like Mena Suvari’s character in “American Beauty“. The way some Sergeants-Major obsess over reflective PT (Physical Training) belts, I can’t help but wonder this. I’ve also run across Sergeants-Major (and some First Sergeants) who had fixations on such things as soldiers carrying gloves at all times, or insisted that field gear (canteens, pistol belts, shoulder harnesses, first aid kits, ammo pouches, etc) have to be arranged and worn in a very exact manner– if they see one thing out of place they have disproportionate meltdowns until you “fix” the “problem”.

Reflective PT belts, however, are pretty much the universal constant in most of the services, it seems. Go to sites such as “Terminal Lance” for the Marines and you’ll see PT Belt jokes popping up frequently. The Air Force also has PT belt references. There’s a Facebook page devoted to PT Belt foolishness, as well as “Doctrine Man!” that frequently has PT belt references. “Bob on the FOB” and countless other military humor sites frequently use them as an object of ridicule. I asked a work colleague who is a Navy veteran about PT belts and I was told that the Navy so far seems to have dodged most of it, but they still pop up at land-based Naval facilities such as Naval Air Stations where there is little or no “shipboard” mission.

There will, of course, be more PT belt humor in BOHICA Blues, but it’s not solely about the reflective belts themselves– it’s as much about the freakishly single-minded details that certain “leaders” home in on and belabor to the point of self-satire. Leadership is what it is, and no gimmick or prop can provide it.