The Work-Life Balance of Darth Juni 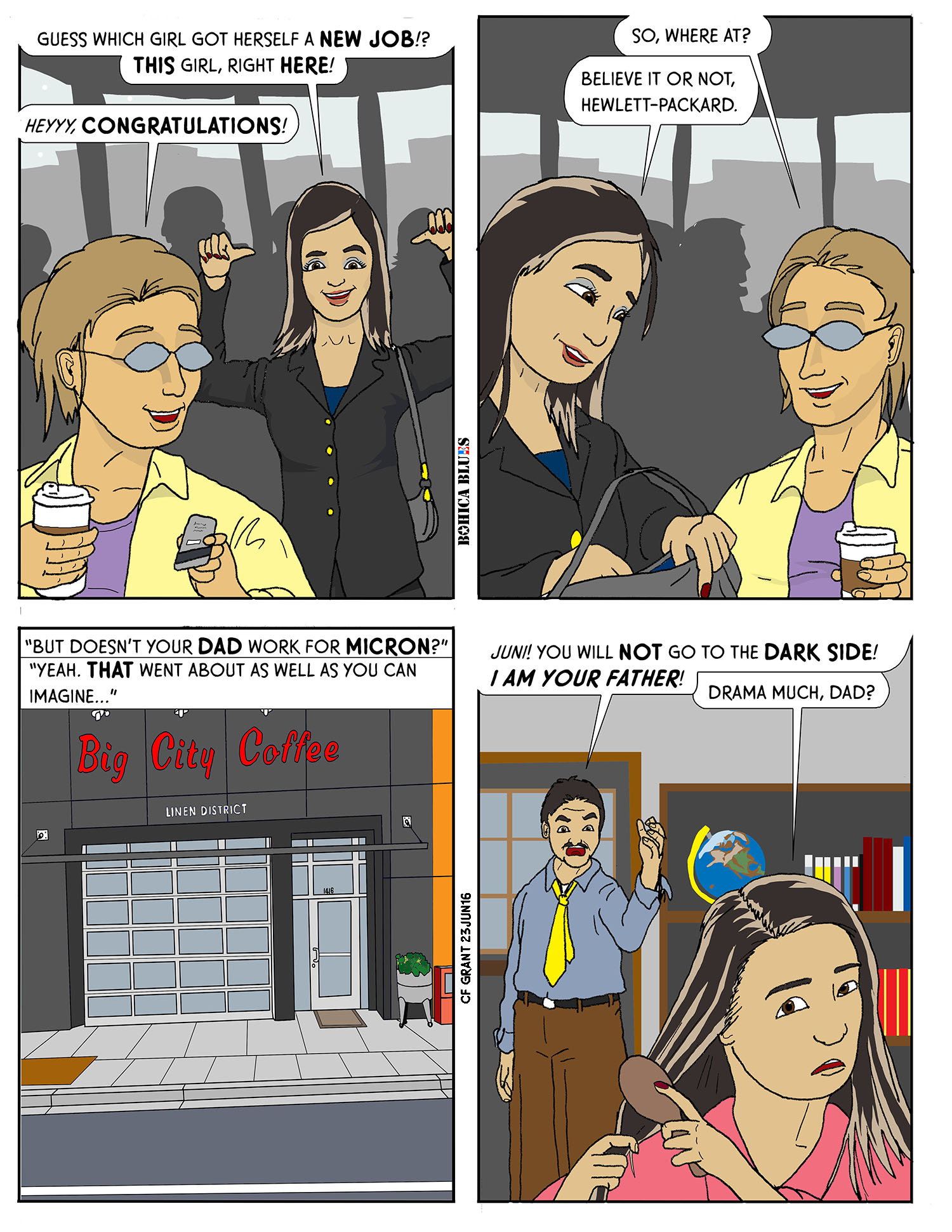 The Work-Life Balance of Darth Juni

Hewlett-Packard has a headquarters in Boise, Idaho, and so too does Micron Technologies. They’re our “tech giants” and have a lot of clout in the area for jobs and the like. While they are competitors in some regards, in truth they are as likely to be collaborators– Micron’s focus is on computer components more so than computers, and while HP makes computers I think their real money comes from stuff like printers and other accessories. The tech industries are huge and many-layered, and I’ve known people who were personal friends and went to each others’ parties while working for rival companies, and they would talk tech industry stuff (although not anything truly proprietary) all the time.

So Juni has a job with (technically; kind-of/sort-of) her dad’s competitor. I often wonder how it works in families where one member of the groups bucks the trend– say, a Navy family who has that one “black sheep” that goes Air Force, for example. Or families who grew up working a Ford auto plant line and then there’s that cousin that sits at the kiddie table each Thanksgiving because he got himself a Chevy dealership, or something.

Of course, Juni’s going to go to Boise State University in the Fall, so she’ll have to have hours that accommodate that. For a long time, HP had a pretty decent reputation for being flexible with students and people who had military Reserve and Guard obligations. I don’t know if that is still the case but it would be a smart business move, in my opinion, to cultivate good relations with employees.