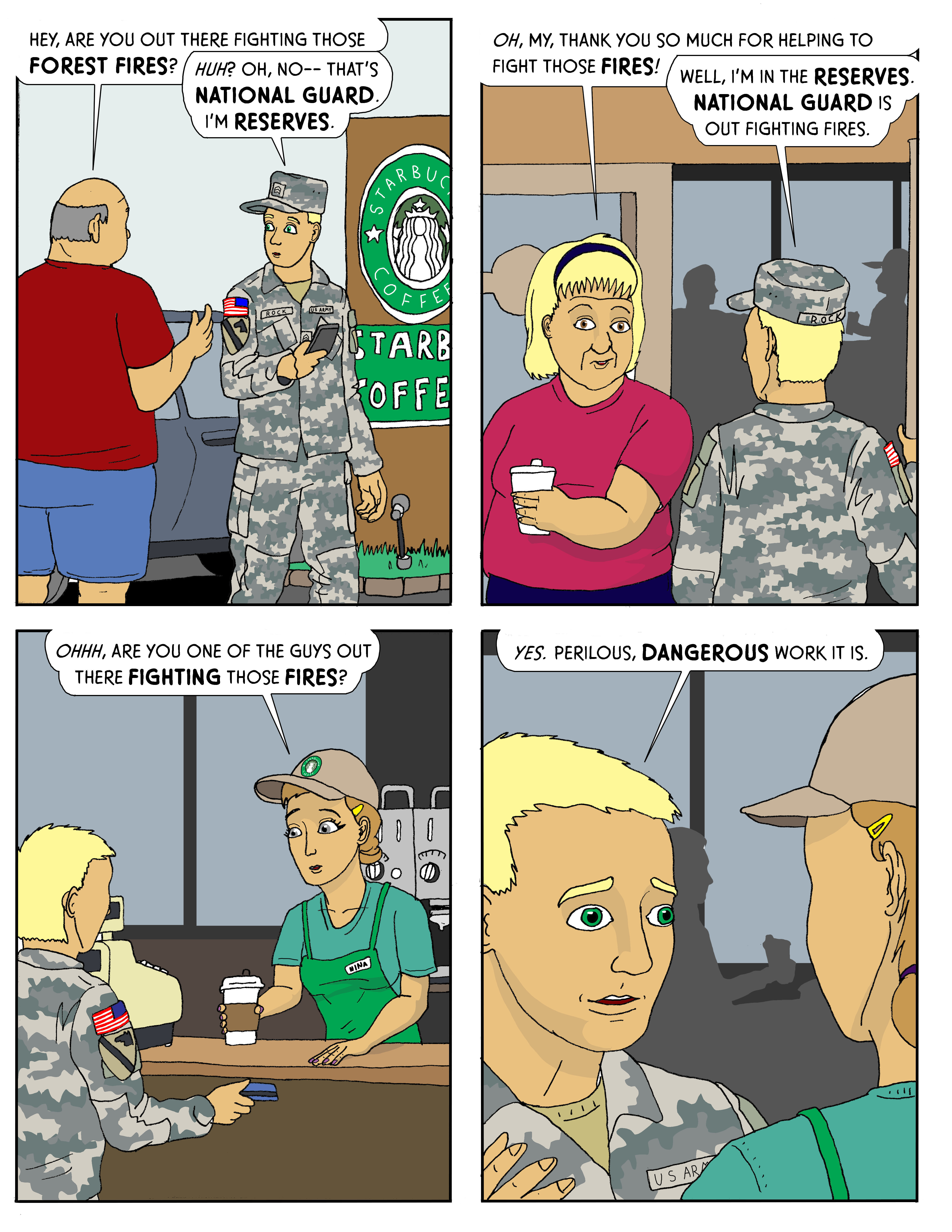 See, it depends on who is asking.

Okay, seriously– weirdly, the United States kinda has three different Armies. There’s the regular, active duty Army, the Army Reserve, and the National Guard. It’s been mentioned before but it remains one of the strangest things that non-military people have a hard time understanding– probably because it is weird even for military people to explain it.

Active Duty, or “Regular Army”, is pretty obvious, but then there’s the Reserves (part of the nationwide, Federal army) and the Guard, which is called “National” Guard but is more controlled by the individual states. So even just explaining the names reveals some of the misunderstanding. We all wear the “U.S. Army” name tapes and go to the same schools, and National Guard and Army Reserve are both based in local towns and cities and go to drill one weekend a month. To average civilians, we all look the same. But the National Guard can be called out to fight local forest fires, whereas the Army Reservist who lives next door has to wait until a “Federal Disaster” is declared before he or she is mobilized to do the same thing.

Idaho is one of those Western states that, every year like clockwork, has massive forest or rangeland fires. Usually these go unnoticed by people living in the city but sometimes fires are so big, or so close to civilization, that we can smell the roasting sage even in the heart of the city (perhaps it is wrong of me to admit that it is not a totally unpleasant smell?). National Guard are frequently called out to help put down these fires and, for brief periods, they are real local heroes. Hey, I applaud them as well, even as a Reservist myself. But civilians will say “thanks”, and I never know whether to gently correct them, or just say “thanks” and go about my business, since it is frequently easier to let them think they’ve passed on their good words to those who deserve them.

As far as I’m concerned, thanks to all National Guard who help fight fires. It’s not fun work, and you’re saving my home as well as the next guy’s. And for all the well-meaning civilians who have passed on their thanks to me, I now pass that on to you. I hope your fire season is dull and boring this year.