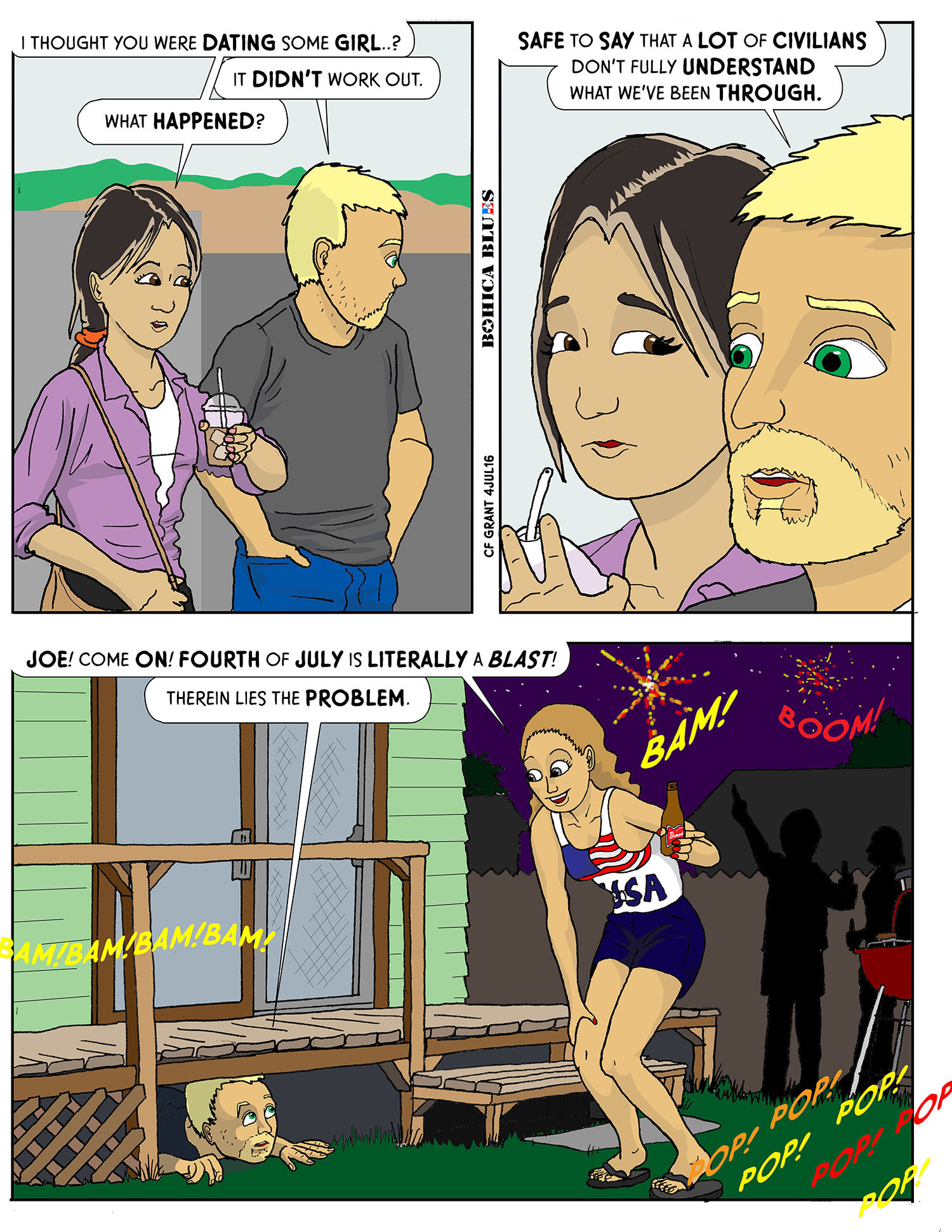 I remember my first 4th of July after coming home. I’d only been back about five months. I did what was probably the best thing to do, even though it made me a little nervous at first– I went out walking among the local subdivisions, seeing people out running around, celebrating, etc, as all the explosions popped off. Fortunately Boise is so very unlike Iraq there was nothing in the environment to associate the two, so I never got the sense that the spaces had blurred, if that makes sense (might have been a different perception if I’d been in New Mexico or Arizona).

But while fireworks are intended to simulate the sound of gunfire and bombs, there are qualitative differences to the explosions. The sounds aren’t exactly right, and if I know fireworks are going off in any sort of celebration context, it’s alright. I still might startle a bit if someone lights off fireworks during a random day– or, of course, the rare backfire of an engine. One time I got really startled by a balloon popping, but I think that was because it was really close.

Tales say “you never hear the one that gets you”. I don’t know if it’s true; I managed to not get shot, fortunately. But in Iraq I told myself that “if you heard it, then you’re already okay”. It kept me calm when I heard shots or car bombs going off from a few blocks away. Rather than “blowing off” potential danger, I figured it was best to keep my wits about me and keep the active brain engaged in a place where so much could go wrong.

Anyhow, have a safe 4th of July for those who are partaking of it; overseas readers have celebrations with fireworks involved from time to time as well so relax and enjoy and hopefully keep your pets safe and secure so they don’t run off.