The New Guy and the Old Codgers 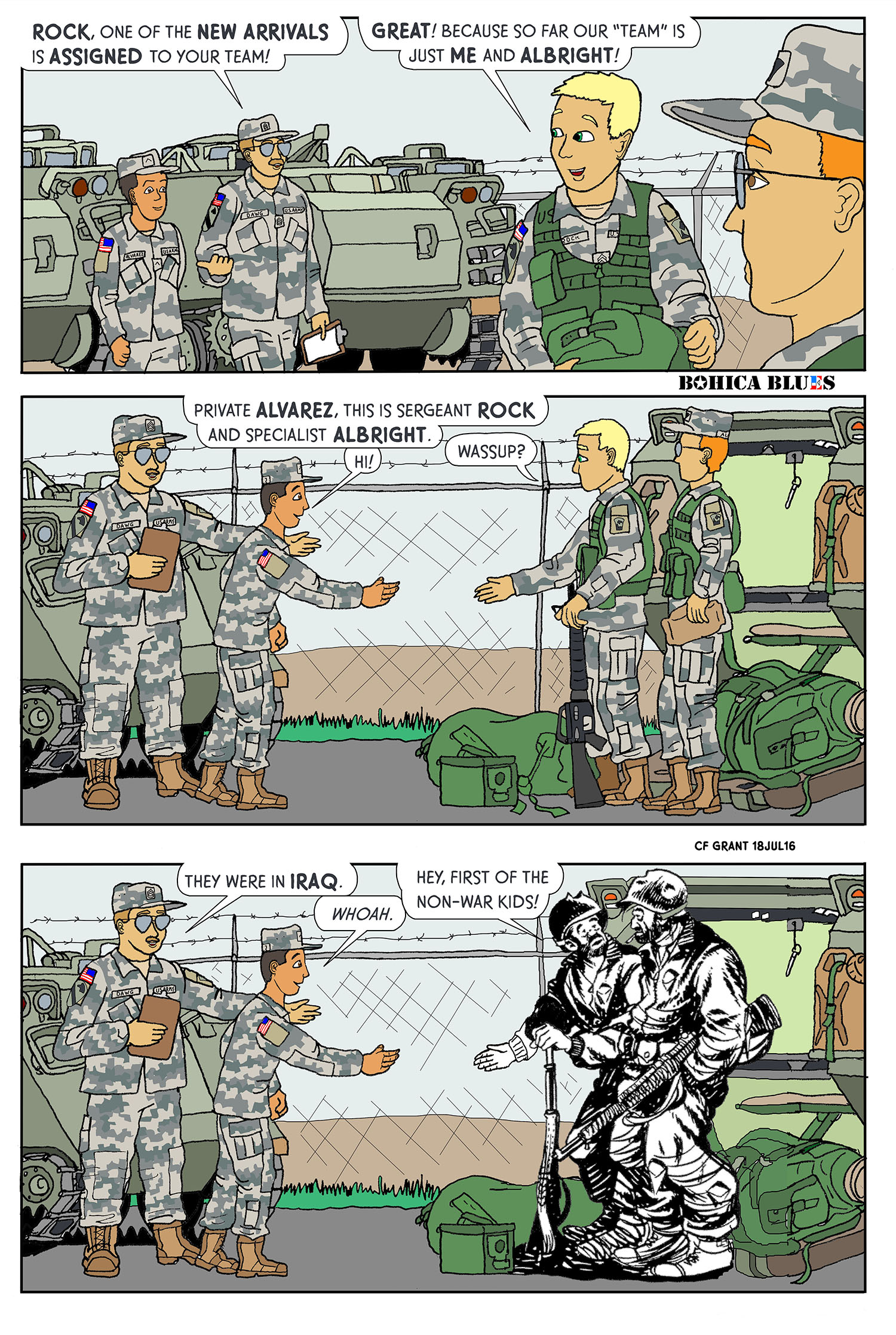 The New Guy and the Old Codgers

And just like that, one day, you’re “the Old Man”.

Replacements, one may ask– are they going back to Iraq? Not necessarily. The 213th Battalion was under-strength when they got mobilized, and so a lot of “fills” were sent in to boost their numbers up to proper levels. But the Reserves and National Guard are, like the regular Army, always recruiting and trying to “bring their numbers up”. People always leave and new ones show up.

SGT Joe Rock and SPC Albright are in a “fire team” which is typically 3 or 4 people. Two of these “fire teams” will make a “squad”, and 4 squads will make a “platoon”. It is common for these teams and squads to be under-strength, especially common in the Reserve forces. Sometimes a unit is authorized to have four platoons but they only actually have people to fill two, so they will make two full-strength Platoons and leave the other two existing “on paper”.

The arrival of PV2 (Private, E-2 or Enlisted Grade-2) Alvarez will help SGT Rock and Albright, even if the bright-eyed, 18-year-old has no experience and sees them as creaky old veterans from a bygone era.

Also, an obvious shout out to Bill Mauldin’s “Willie & Joe” characters from World War 2. These guys are pretty much the classic military cartoon characters.