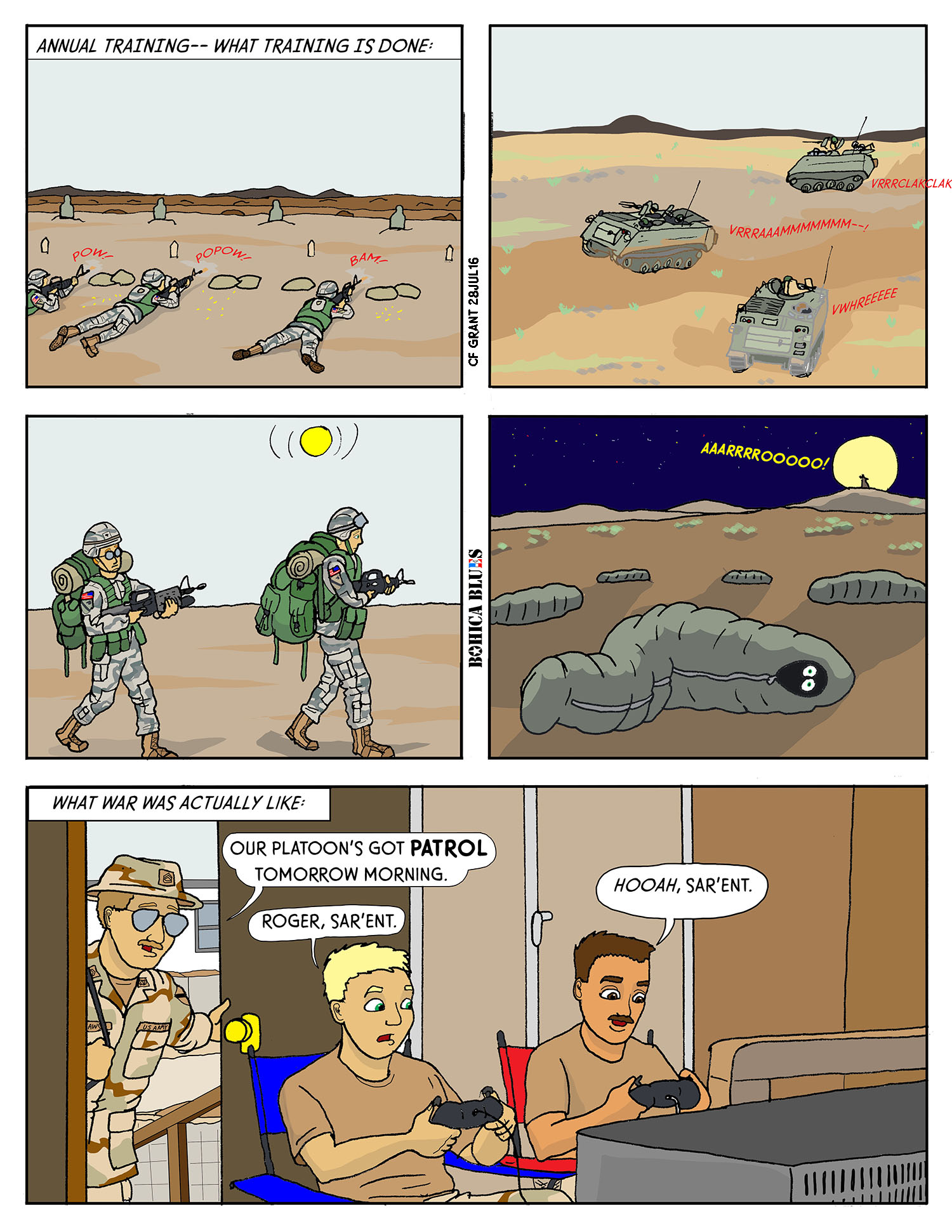 Every branch of service will have field training time of some sort, something relevant to their area of expertise. Naval personnel will go out on training cruises at sea, the Air Force will drop practice bombs, and the Army and Marines go out to austere field environments to do their thing– if you are in a field combat position, that frequently means you’ll go out and spend some time in the wilderness. When I was on Active Duty, we would go out on one big “field problem” or “downrange exercise” each year that lasted at least three weeks or maybe over a month. Then, we’d have multiple smaller exercises that went for just a week or two.

National Guard and Reserves have “Annual Training”, or with some tongue-in-cheek humor, “summer camp”.  The examples given were typical of things I did– rifle ranges, long road marches in both vehicles or on foot, and sleeping out under the stars in a sleeping bag (those cute little “pup tents” frequently featured in comics or movies are issued but almost never used, in my experience). The environment is pretty sparse, the facilities almost nonexistent, and running water unheard of. If you mention air conditioning and TV, people just assume you’re not serious or finally gone crazy from the heat.

The war in Iraq was barely a year old when I got there, and they already had flush toilets, showers, trailers, air conditioning, chow halls with cooked food, and a PX (Post Exchange, a sort of general store). The first guys that invaded had to do the “sleeping outside” thing but it was amazing how quickly creature comforts had been provided.

As you can imagine, it can be psychologically difficult to go back to living like a flea on a dog’s behind in a field training exercise after experiencing “real” war with lounge chairs and cold Near Beer. But then, there’s an old saying” “the more you sweat in training, the less you bleed in war”. Our hard training made war seem almost easy by comparison.