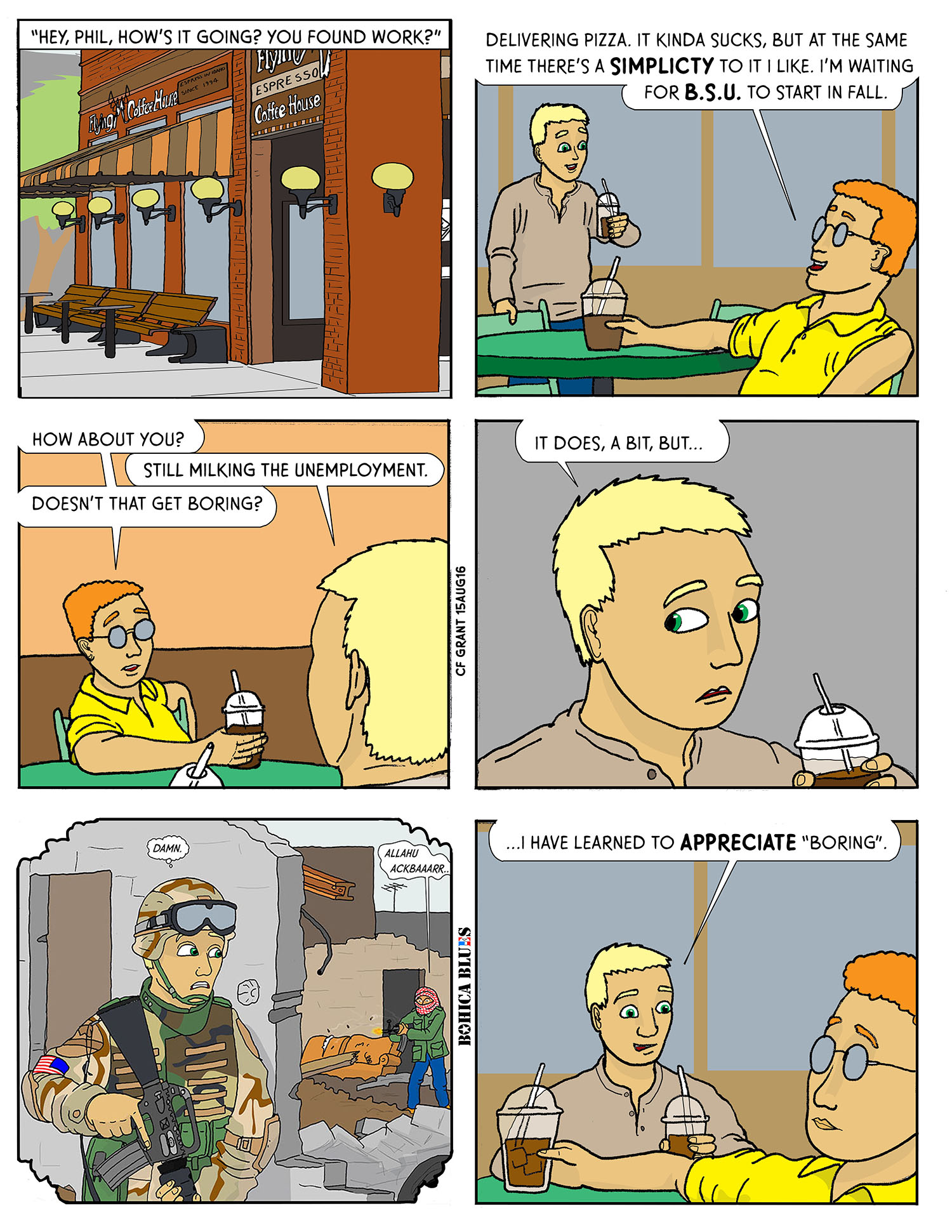 I remember as a kid being bored, and I also remember how important it was never to admit that to a parent or other authority figure, but that’s another story. Some of us were “bored” at first when we got to Camp Victory, being confined to the base and doing menial chores like tower guard and poop truck escort, but that sense of having nothing to do dissipated quickly. Eventually we rotated between “outside the wire” missions and “inside the wire” doldrums, but even inside the base there was still a sense that anything could happen.

Upon coming home, there’s a brief period of adjustment while your mind internalizes that there are no immediate threats, and eventually a lot of us learn to enjoy the sensation of being bored.