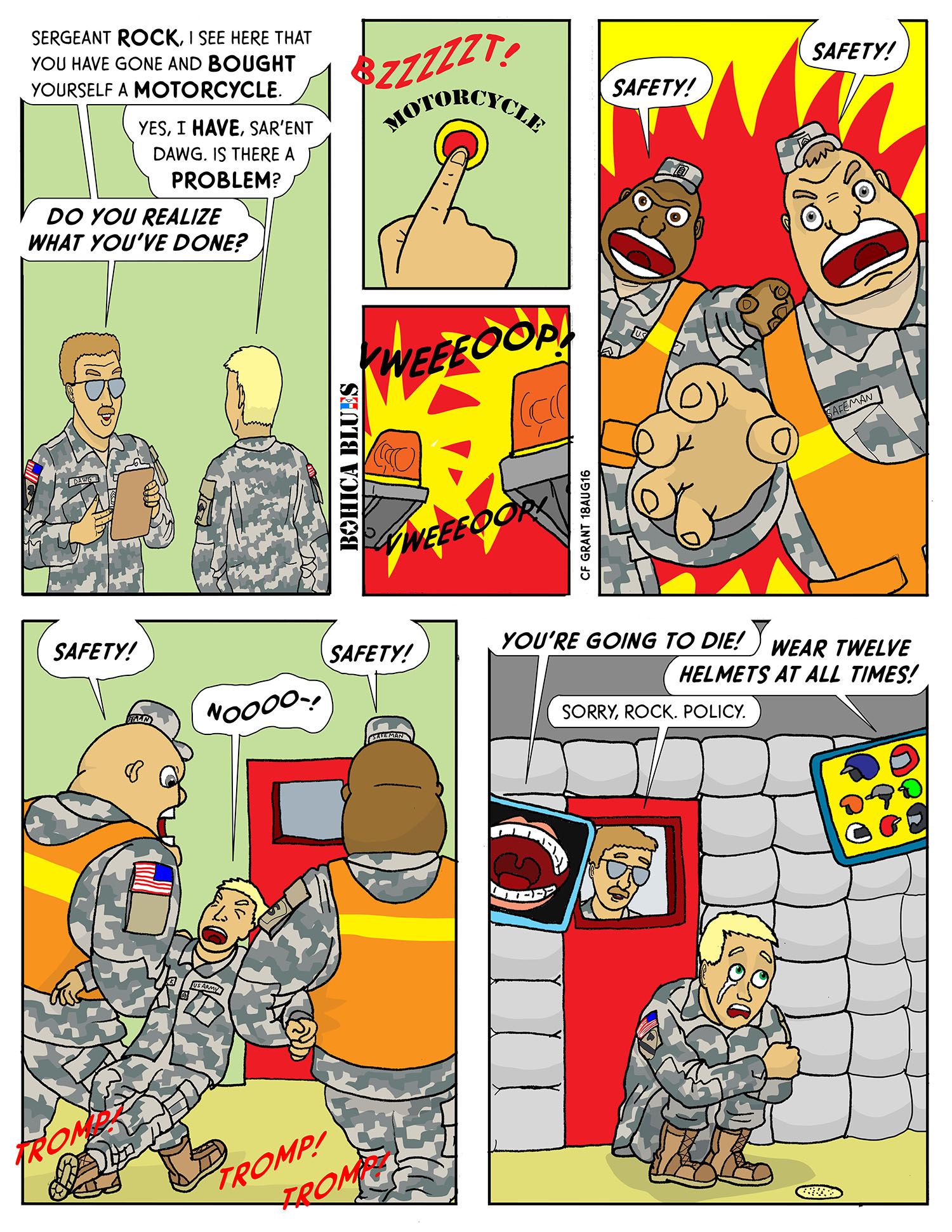 For an organization devoted to going to dangerous areas and doing dangerous things, the Army (and I suspect all branches) are remarkably risk-averse. Just about everything has the hard edges rounded away as much as possible, with safety pushed constantly. Now, there’s not anything wrong with that per se– it does a servicemember good to know that the organization cares about them, and doesn’t want them to be killed or maimed in some random accident. But then there’s motorcycles.

Someone told me once that the Army would like to discourage any and all motorcycle ridership within the ranks– that, ideally, no one would have one at all. I didn’t know if the person was speaking in hyperbole or not, but it sure seems that way. We have to take periodic behavioral assessment exams online called “GAT” –Global Assessment Tool, I think it is, or at least something like that– and if you admit to having a motorcycle this online quiz takes you to a special section devoted to how risky this behavior is, and it adds a bunch of points to your overall “risk score”. Riders sometimes have to go to special, separate briefings to remind them to wear a vast array of safety equipment and protective gear, or else they risk not getting their big life insurance payout when their inevitable bloody crash happens. I always wear my leather jacket and helmet, and almost always gloves and boots or at least sturdy shoes, but I think what the Army would like to see is a set of day-glo knight’s armor.