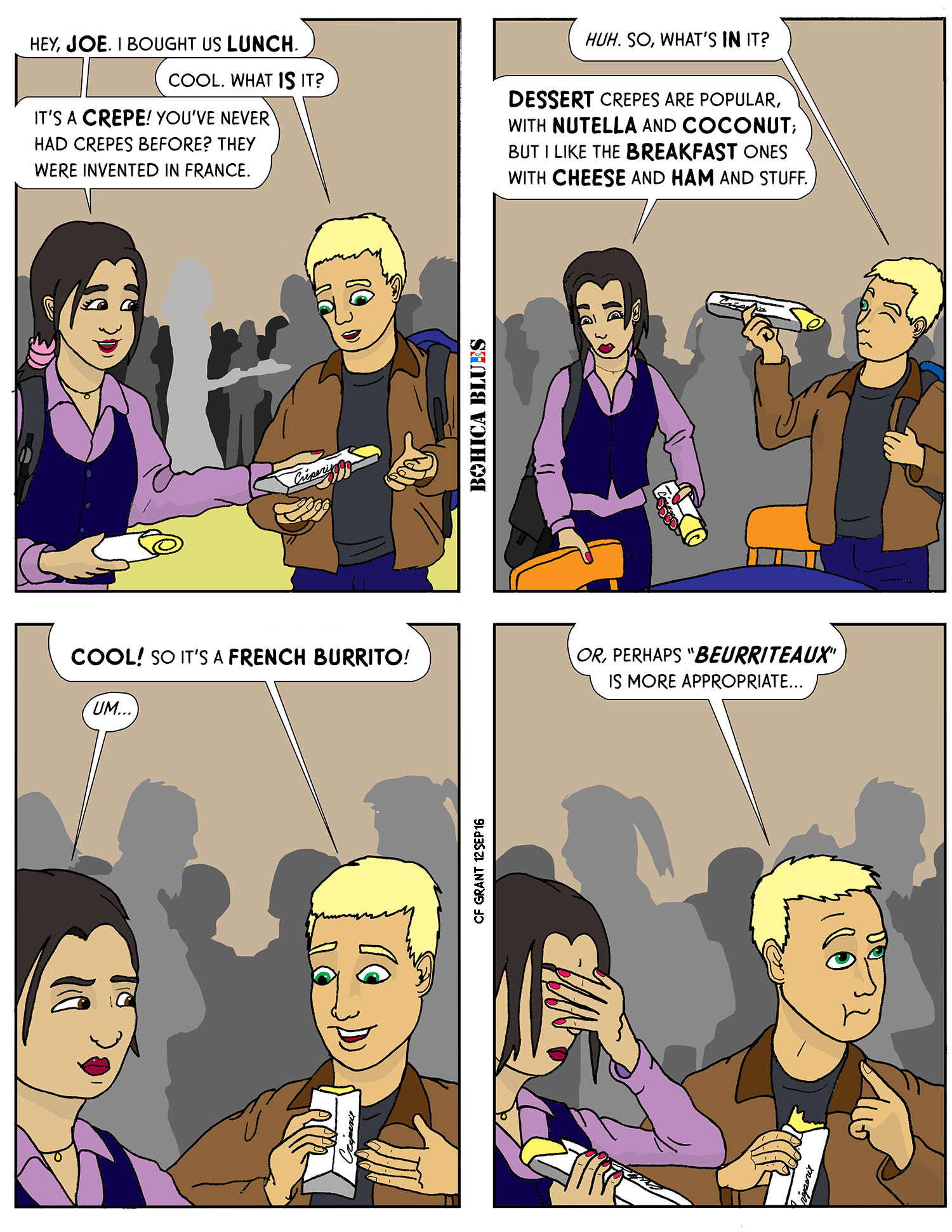 Okay, I admit, I’ve used this one in real life.

So, some may wonder, what’s with comics about Joe and the others just doing ordinary things? Comics that have nothing to do with being in the military or deploying to Iraq?

The comic is as much about being in the Reserves (or National Guard) as it is about having gone to Iraq or “Army life”. Reserve and Guard personnel go back and forth between the military world and the civilian world, and they have lives in the “real” world that they try to balance with their military experiences. Sometimes these two separate worlds intrude on each other, and sometimes they don’t, and sometimes they play off of or compliment each other. In this case, Joe and Juni –who only know each other because of their deployment together, even though it is unremarked here– have a fairly normal day at the University food court. The fact that no one around them can immediately identify them as veterans is part of the reality for Reserve and Guard personnel: they are part of the community, many times fitting in seamlessly.

Some Reserve and Guard personnel do make an attempt to be obvious– t-shirts, hats, stickers on their cars, patches on their backpacks, etc– their “part time” identity takes on an important dimension to their everyday identity. Juni feels no need to “advertise”; neither does Joe. It’s personal choice, motivated for different reasons.

And don’t be too hard on Joe; I was about 30 when I had my first crepe. It was delicious, though.