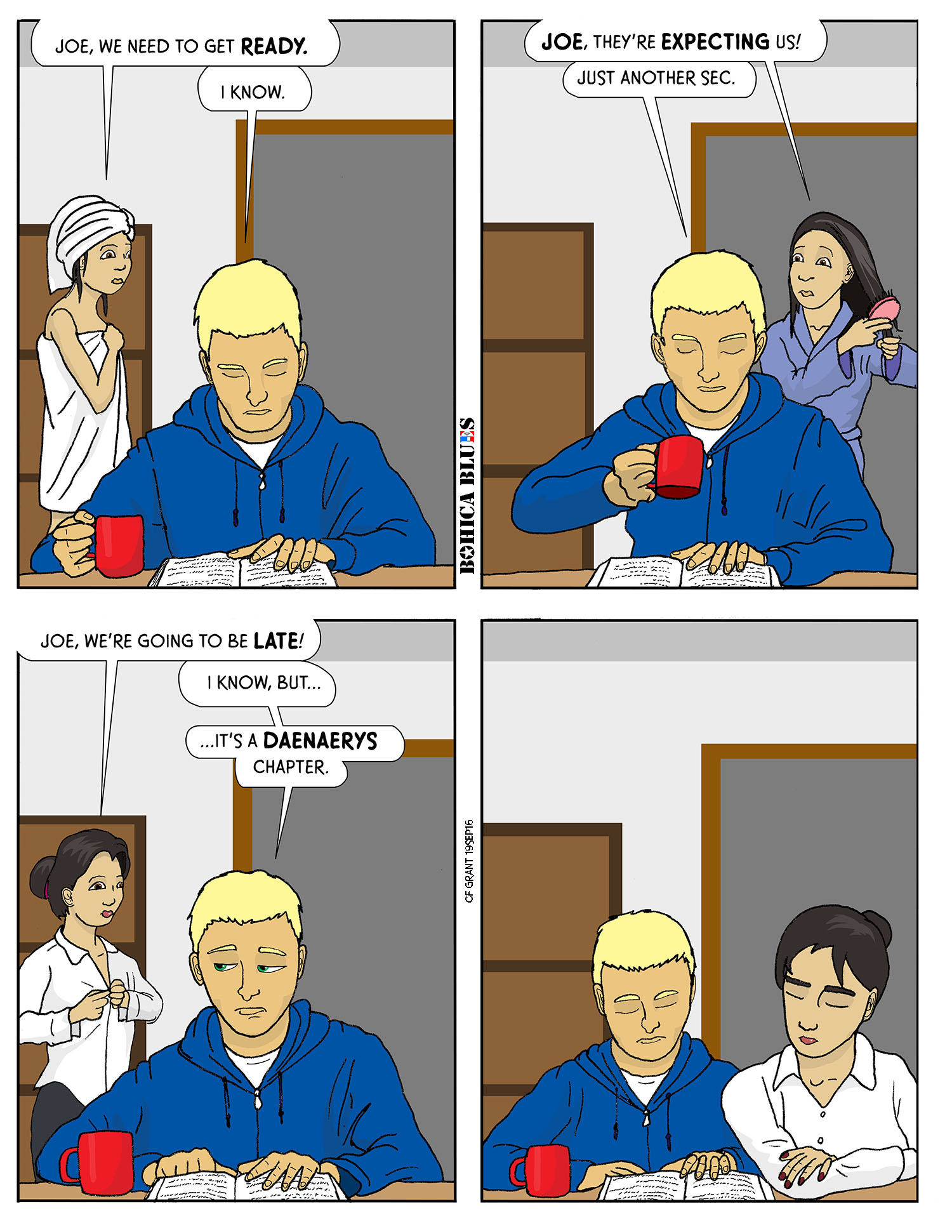 I really like the “Song of Ice & Fire” book series, mostly known as “Game of Thrones” due to the TV series. Of all the characters, I find Daenaerys Targaryen, Tyrion Lannister, Jon Snow and Arya Stark to be the most compelling and interesting characters. I understand that these are the most popular characters for most readers– probably because they are the ones that have to overcome the most obstacles (personal or social or both). Other characters are compelling, to be sure, but don’t have the same level of obstacles to overcome– although Jaime Lannister and Brienne of Tarth come in pretty close.

Once I get caught up in a good book, I am loathe to put it down for anything. Of all the characters, I’d probably be most likely to read an Arya chapter all the way through. But of all the names in “Song of Ice and Fire”, nothing quite puts us into the reference like the name “Daenaerys”, so I used that. Today, with the TV show making inroads into popular culture, some people are naming their newborn daughters “Khaleesi”– which is strange, since “Khaleesi” is Daenaerys’s title, as a sort of nomadic Dothraki queen, not her name. But whatever works for people, I guess.